An "anti-club" with craft cocktails, small plates and appetizers and comfy seats. 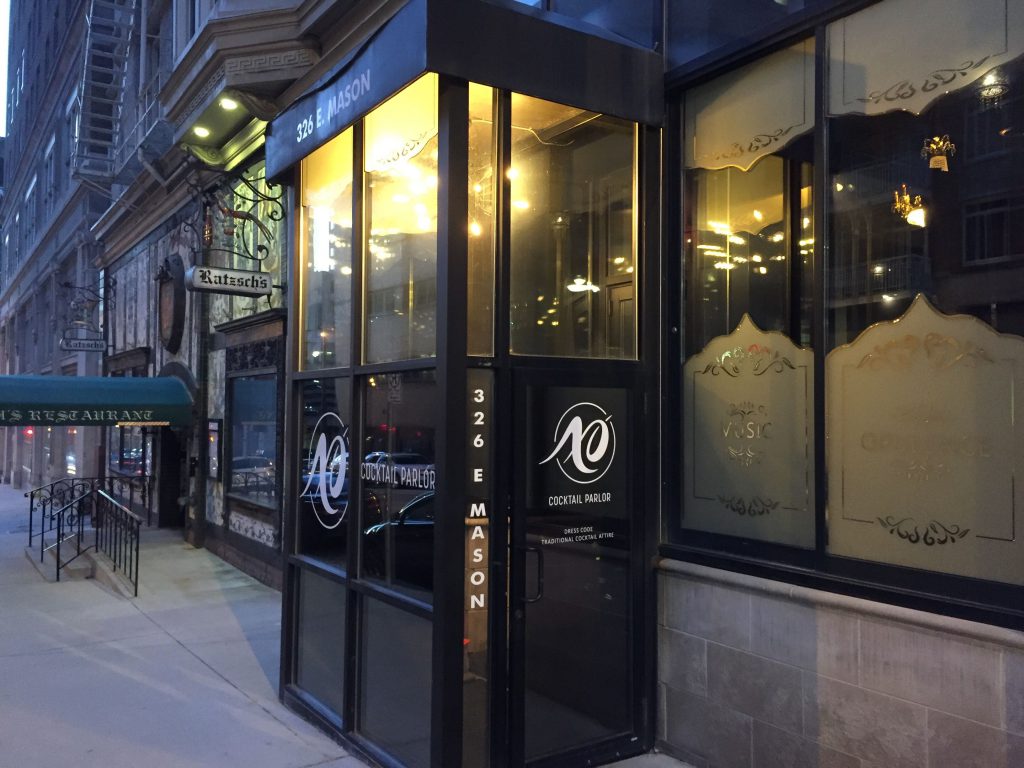 In June 2018, Urban Milwaukee reported that a new business, called XO Cocktail Parlor, would take over the former 42 Lounge space at 326 E. Mason St. Some nine months later XO is in operation, having opened to the public over the weekend, with a grand-opening planned.

Owner Larry Taylor says he is shooting for mid-to-late April for the grand opening. It depends on how long it takes for the “kitchen aspect” to fall into place, as Taylor hopes to roll out food options that day. In the meantime, Taylor says his staff will be getting additional training and working on perfecting cocktail recipes.

There will not be full meals, but instead XO will offer small-plates, appetizers and bar bites. The space’s kitchen is extremely small and has no hood system or fryers, but Taylor is investing in a conventional oven. “We’re still working on that and we’re not ready to release full details on the food menus,” Taylor says. 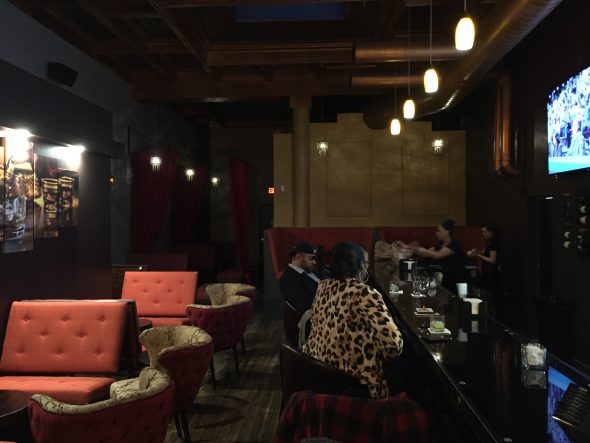 The initial drink menu contains eight craft cocktails. Early on, the cocktail recipes will be kept simple to gauge the customer base and its demands. The simple recipes are also meant to prevent the staff from being overwhelmed, as Taylor says some staff are newer to the industry. “I want to invest in my staff,” he says. “We will have training with various distributors and other people in the industry. Eventually, I want them to become mixologists.”

Taylor describes XO as an “anti-club.” There will be no live entertainment or DJs. In order to maintain a relaxed mood, Taylor says there will only be background music. While the music will be noticeable, it will not be so loud that it drowns out conversation. The space has modular furniture with handpicked fabrics and styles. “It’s all done to provide a comfortable and opulent vibe,” Taylor says. “It’s a place where as soon as you walk in, you want to sink into one of the seating areas.”

Taylor, a Milwaukee native, decided to open XO in order to provide balance to the neighborhood, creating an upscale place for young professionals to network with like-minded people. “There’s quite a few bars, restaurants and nightclubs in the area,” he says. “Even when I was younger, I always felt there was a void for a young professional market.”

While Taylor has owned other businesses in retail and real estate, this is his first in the bar and dining scene. With this initial establishment, Taylor hopes to create an XO brand he can build on in the future. “This is me taking a stab at this industry,” he says. “We’re going to get better as time goes on, and there’s a lot of ideas we’re going to roll out eventually.”

While Taylor says he is approved to operate every day, there will be limited hours until the grand opening. Going forward, XO Cocktail Parlor will be open from 5 p.m. to 11 p.m. Wednesday and Thursday, and 5 p.m. to bar close Friday and Saturday. Hours will most likely be extended, and outdoor seating will be added eventually. “I want to roll things out strategically and make sure I’m staffed appropriately,” Taylor says. “Those announcements will be made when I announce the grand-opening.”