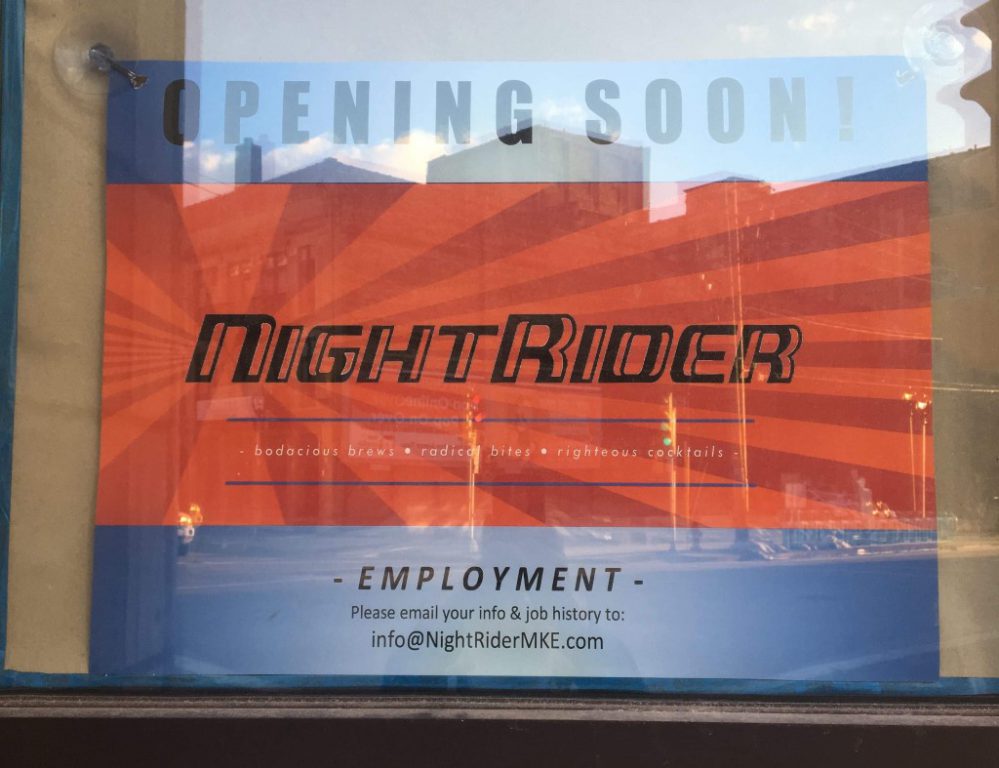 Walker’s Point may have a new bar in the works, though details surrounding the establishment remain unclear.

A business called Night Rider is “opening soon,” according to a sign attached to the space at 133 W. Pittsburgh Ave. The sign gives an email for employment inquiries, and also promises the new bar will have “bodacious brews, radical bites and righteous cocktails.”

According to the 2018 applications, Kidwell and Cave planned to open a bar called Pub Fiction at 133 W. Pittsburgh Ave. Construction on the space was supposed to be completed by December 1, and the bar had a proposed opening date of December 15, 2018. In the application, Pub Fiction is described as a “neighborhood tavern and lounge with live entertainment, games and activities.” The bar was expected to host DJs and “live bands and performances.” No mention of bodacious brews or radical bites.

The City of Milwaukee License Division says that there is a hold on the Revampd Hospitality’s license applications for occupation and unpaid fees. “Until the hold is lifted and the fees are paid the license cannot be issued,” a representative with the division says. “[The license] is granted, so it could be issued if they took care of those things.”

It is unclear if Kidwell and Cave changed the name from Pub Fiction to Night Rider, or if Night Rider has completely different ownership. Neither Kidwell nor Cave were reachable through phone or email. A call to the business phone number listed on the application also went unanswered. An email sent to the address provided on the Night Rider sign was not immediately answered.