Yes, "fiserv.forum" will shine brightly in aerial views of city. 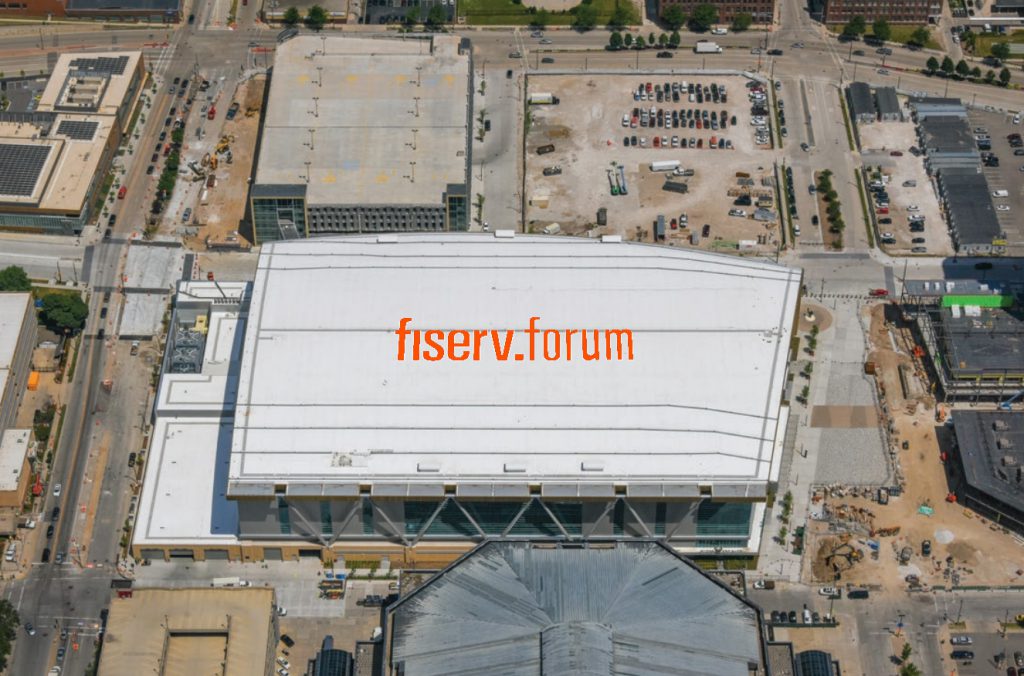 If you plan to come to the Democratic National Convention by blimp, it’s going to be easy to find Fiserv Forum.

The Milwaukee Bucks have applied for a permit to install a sign, which will read “fiserv.forum” on the roof of the 17,500-seat arena.

The sign, which can be illuminated, will measure 192 feet wide by 51 feet tall. That’s smaller than the conceptual 200-by-250-feet sign approved by the city as part of the 2016 zoning package for the arena. But still pretty darn big.

Jones Sign Company, which has been busy installing a number of other signs around and on the building, is handling the installation of the rooftop sign.

A request for a permit for the sign’s installation was filed with the city on March 5th. According to plans submitted to the city, the sign will be readable from the south. The orientation will line up with how the city is depicted in aerial map programs such as Google Maps.

The sign will also be visible for aerial images commonly used by national television networks as they return from commercial breaks during broadcasts.

After repeatedly denying it, Brookfield-based financial services technology firm Fiserv announced it would be the naming rights partner on July 26th. The company has approximately 24,000 employees across the globe, with 900 working in suburban Brookfield. The arena opened August 26th.

Rooftop signs have been installed on a number of other arenas. A rooftop sign was installed atop the Quicken Loans Arena in Cleveland in advance of the 2016 NBA Finals and Republican National Convention. A similar sign was installed on the roof of the Toyota Center in Houston which lights up red, matching the Houston Rockets’ team color. The Little Ceasars Arena in Detroit has a 243-foot-tall depiction of the pizza chain’s logo on its roof. Now Milwaukee will join the giant ad gang! 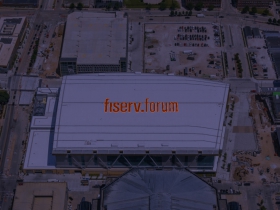 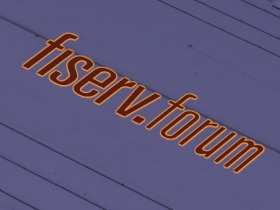 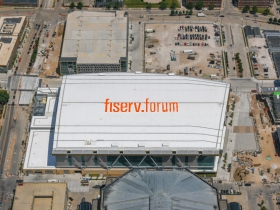