Throughout U.S. history, African Americans have been at the center of environmentalism.

By Brenda Coley and Kirsten Shead - Feb 22nd, 2019 12:05 pm
Get a daily rundown of the top stories on Urban Milwaukee 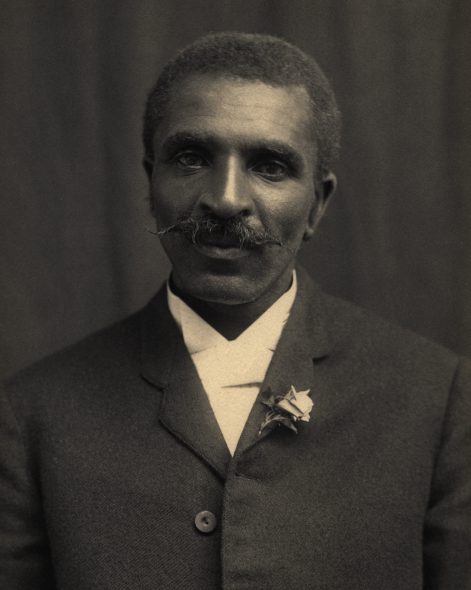 George Washington Carver. Photo is in the Public Domain.

There is a false narrative that black people are not interested in the environment. How can African Americans not be interested in the air we breathe, the water we drink, the earth we walk on, or the natural spaces from which we often gain respite? Every culture has a water story and for African Americans, water has provided a pathway to freedom for those escaping slavery.

Throughout American history, African Americans have been at the center of environmentalism. The examples are endless. Harriet Tubman consulted the earth for advice and directions before guiding slaves to freedom. Colonel Charles Young, born to enslaved parents, became the first African American National Parks Superintendent. George Washington Carver taught methods of crop rotation to improve soil that had been depleted by cotton. John James Audubon, the inspiration behind the National Audubon Society, was a conservationist artist born in Haiti in 1875 who illustrated 435 species of birds for the Birds of America guide. The Buffalo soldiers in the US Army were some of the first defenders of our National Parks. Dr. John Francis “Planet Walker” took extreme action after witnessing the havoc of the 1971 oil spill in San Francisco. These are just a few of the African American men and women who have fashioned environmental history in America.

Today, there is Rue Mapp who founded Outdoor Afro, an organization helping to connect people to the Black History found in nature while inspiring communities to protect vulnerable public lands for all. There is Ronda Chapman, a former commissioner of Climate Change and Resilience in Washington DC, now leading a national cohort on drinking water issues. Deneine Powell, Executive Director of Groundwork Milwaukee, focuses on the conversion of brownfields into green spaces. Will Allen, a pioneer in the urban farm/food justice movement, received a MacArthur Genius Award for Sustainable Food Production & Urban Farming. And Tyrone King, a young hip hop artist and inaugural member of the Community Water Assembly, wrote a song and filmed a video, “Liquid Gold”, which lifted up the stewardship of the Great Lakes.

These names are just a fraction of the African Americans who put their heads down, and along with allies, do the work to help sustain our planet. They have moved in innovative ways both historically and currently, not dependent on the recognition of the environmental movement.

Milwaukee Water Commons seeks to tell the whole story of environmentalism in this country, knowing we cannot talk about Environmental Justice without addressing racial justice. We thank the African-American Community for their activism and support on behalf of the planet and on behalf of people and the creatures who inhabit it. We take the opportunity to recognize your contributions during Black History Month and throughout the year. Thank you for the innovative roles you have historically and continually play in the sustainability of our planet and therefore our people. Our survival is dependent on both.