The Complicated History of Highway 100

Part of it was “Lovers Lane,” all of it made a 38-mile bypass of the city. 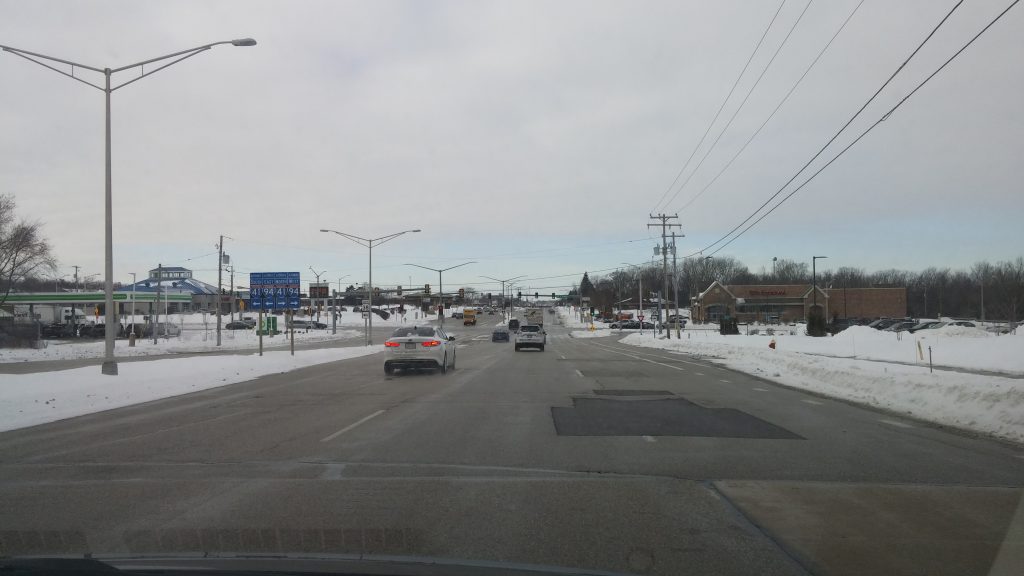 Ryan Road is part of Highway 100. Photo by Carl Baehr.

Mention Highway 100 to most Milwaukee-area drivers and they will immediately think of the busy north-south commercial street that runs through northwest Milwaukee and the western tier of suburbs. But Highway 100 is more than that — and it used to be much more.

A century ago, after the automobile was introduced to Milwaukeeans, traffic became a problem. Up to that time, streets and roads were populated by horse-drawn wagons and carts, horse-drawn carriages owned by relatively few wealthy citizens, horse-back riders and streetcars. With many in the middle-class able to afford the new transportation option, traffic increased, and Milwaukee streets became congested.

At the time, most rural roads were impassable in wet conditions when they became muddy and rutted. The bicycle boom of the late 1800s brought loud and frequent demands for better roads and when the new automobile drivers added their voices, progress accelerated.

Among the beneficiaries of improved roads were the drivers traveling along the western shore of Lake Michigan who wanted to avoid the congestion in Milwaukee. County officials decided that a bypass of the city was necessary, and in the early 1920s, Highway 100 was born. The 38-mile route added about 13 miles to the trip, but it was paved with either concrete or asphalt, a real plus at the time.

The traveler from the south would turn west on Ryan Road from Highway 32, which hugs Lake Michigan. Soon they would pass the farm of Patrick Ryan, which gave the road its name. The Irish-born Ryan worked his farm from the 1870s until 1914 when his team of runaway horses dragged him to his death.

Nine miles west of Highway 32, near 84th Street, the road turned northwesterly, and its name turned to St. Martins Road. The thoroughfare carried the name of the community that German and Irish immigrants founded in the 1840s and which hosts the St. Martins Fair each Labor Day weekend. Vendors at the popular event sell a wide range of products, from fruit, vegetables, flowers, and prepared foods to clothes, furniture and pet supplies.

After a mile and a half, St. Martins Road branched to the west while Highway 100 continued on Lovers Lane for most of its northern journey. Lovers Lanes throughout America are typically dark, secluded places that attract young couples who take advantage of the privacy that automobiles provide. When Lovers Lane Road was named, it was a rural road that provided seclusion, but after it became a highway there was considerably less privacy.

Then, when the road reached Wauwatosa near the zoo, the name Lovers Lane was dropped in favor of Mayfair Road, a name which continued north to W. Hampton Avenue. The street was named for the new Mayfair shopping center built in the late 1950s between W. North Avenue and W. Center Street. The original May Fair took place in England during the first two weeks of May in the thirteenth century. In the eighteenth century the site of the May Fair was developed into upper-class homes and remains an affluent London neighborhood today.

North of W. Hampton Avenue, Lovers Lane Road kept its name until it reached Silver Spring Drive. There the road, using a combination of W. Good Hope Road and N. 115th and N. 107th streets, worked its way north to W. Brown Deer Road to begin the third leg of Highway 100, traveling eastward toward Lake Michigan and rejoining Highway 32 and completing the bypass. Brown Deer Road took its name from the community that it passed through. Yes, the name honors the largest indigenous mammal in the area.

Today, parts of Highway 100 have been reconfigured. The eastern part of E. Ryan Road has itself been bypassed by a new spur that joins Ryan Road near S. Howell Avenue. At W. Silver Spring Drive, the highway is routed onto Interstate 41, then exits in Menomonee Falls at W. Brown Deer Road and heads east where it terminates at Interstate 43.

Highway 100 is no longer a way for north or southbound drivers to avoid Milwaukee traffic. Now Interstates 94 and 43 offer a much faster and shorter route along the lake than the time-consuming Highway 100 bypass would. 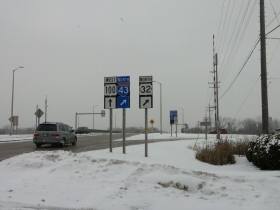 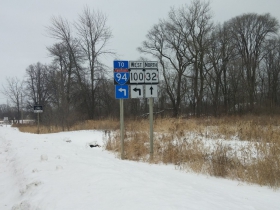 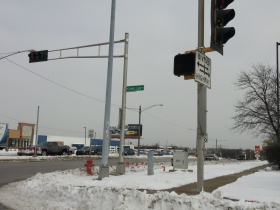 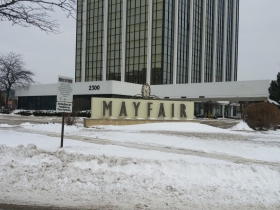 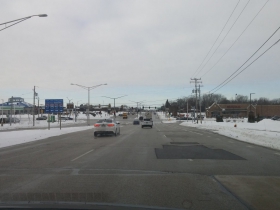 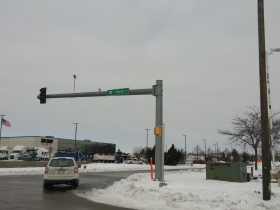