Watch the Bradley Center Demolition From the Inside 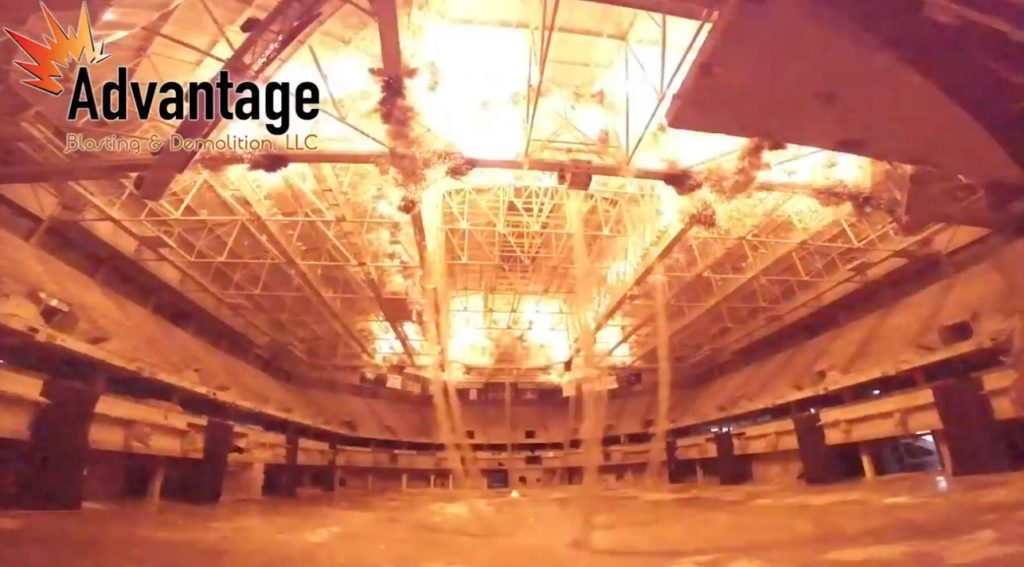 By now you’ve seen the roof implosion that took place at the Bradley Center last weekend. In all likelihood, you’ve probably seen it from multiple angles. Maybe you even felt it.

But one angle you haven’t seen is the view from inside as the shape charges detonated and the roof came crashing down.

Advantage Blasting and Demolition handled the actual installation and firing of the shape charges. They also released an incredible video showing the charges igniting, lighting the cavernous room with an orange glow before the massive structure came falling down.

Sadly, the videographer added music instead of the deafening sound of the charges detonating and the collapse of tons of steel. Based on how it sounded outside from blocks away, we will assume it was very, very loud.

If you can’t bother to watch the installation of the charges and exterior view of the demolition, jump to the 1:48 mark in the video to see the indoor action.

Demolition on the 30-year-old arena is being managed by Hunzinger Construction. Veit & Co. is performing much of the work. The Milwaukee Bucks have yet to release redevelopment plans for the site.

For background on why the charges were necessary, how 90 percent of the building is being recycled or what the Bucks could build on the site, see our earlier article “Bradley Center To Go Boom.”

One thought on “Eyes on Milwaukee: Watch the Bradley Center Demolition From the Inside”