The Best and Worst of Bricks

Architect Jim Shields talks about the importance of bricks in Milwaukee’s buildings.

Last fall I asked Jim Shields to show me a something he admires in buildings. Shields has added many cultural landmarks to southeastern Wisconsin — the last addition to the Art Museum, the Maritime Museum, the Museum of Wisconsin Art, and a new home for the Milwaukee Ballet going up in the Third Ward. He was recently commissioned to do the master plan for the Marcus Center Campus.

Shields is a Design Principle at HGA and the only practicing architect/professor at in the UW-Milwaukee School of Architecture.

We ended up talking about bricks.

For instance, the Park Lafayette Towers building on Lafayette and Prospect.

“One of the things that is really nice about this project is the brick size. In the building across the street built in 1910 all the bricks are 2 1/4 x 8 inches. That’s traditional bricks. Generally considered to be the highest quality thing you can do in bricks.”

“Since the 1970s developers started saving a little bit of money buying bigger and bigger bricks. The most common one is called utility brick. It’s a good name for it because it really looks utilitarian. When you see a building today most of them are built with jumbo or utilitarian bricks. Most utilitarian bricks will be 12 inches long and four inches high.”

“If there’s a $100,000 worth of utility bricks, to do it in the small bricks cost maybe $130,000. It’s mainly the labor cost. A mason can still hold jumbo bricks in one hand. In their left-hand. And then put the mortar on with the right. The amount of time it takes to do a slightly larger brick is not much more time. I guess in a big building like this the mason would lay 30 percent less bricks? That’s probably the savings.”

“Look at the black wall here — that’s a stack bond where the bricks are just stacked on top of each other. It’s a special pattern, not used everywhere. Gives a little extra visual interest to the building. 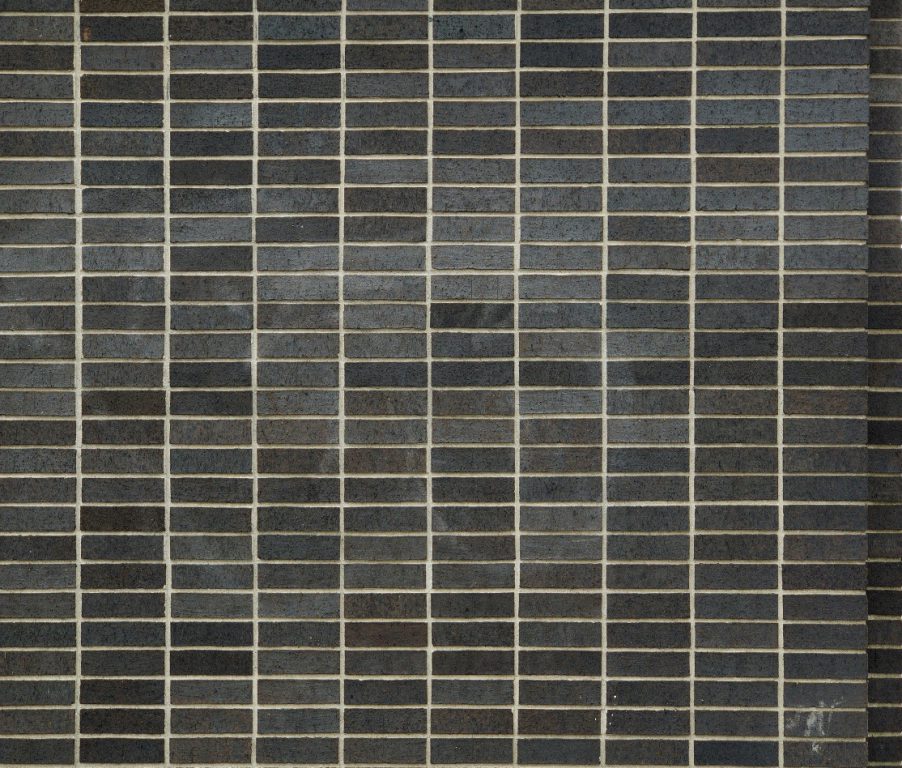 This wall is your standard brick pattern called running bond, a typical brick pattern used ubiquitously in America today. Alternating bricks will be slipped half their length so the vertical joins are staggered.”

“The gold bricks here, that’s called common bond. You notice every sixth brick you see the narrow ends of the brick. So you get these horizontal stripes every sixth course on the 4-inch narrow end of the bricks. It gives some extra character to the wall. So today these things have been lost although I think better architects are trying to recover some of these art forms.” 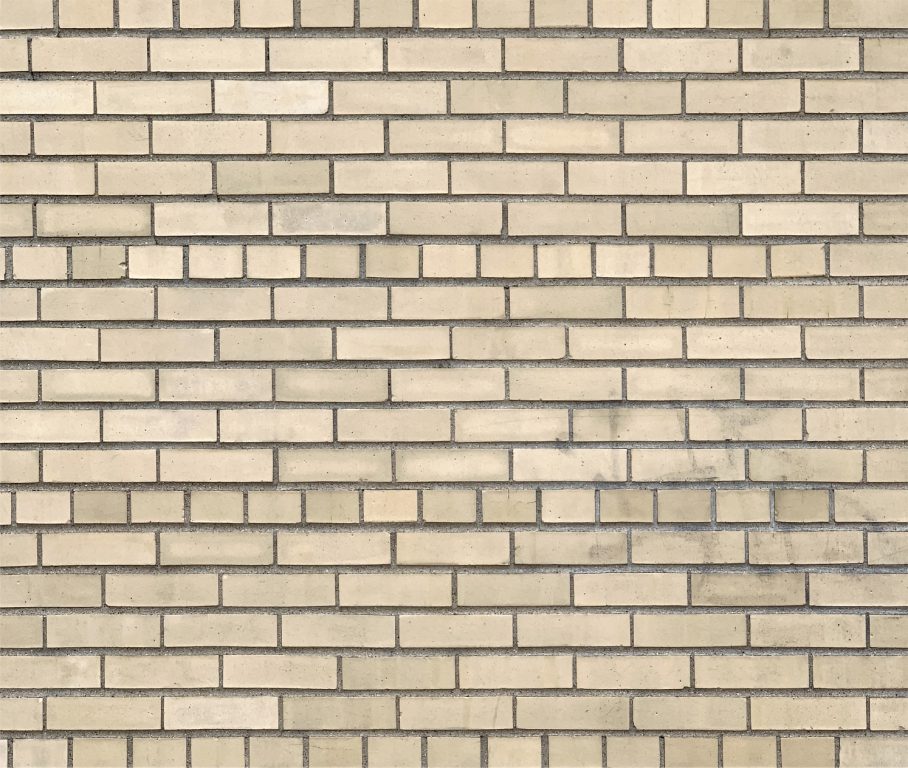 “If you are are going to do a brick building it might as well be a nice building. You can spend a little more time designing a building and the masons love this work.” 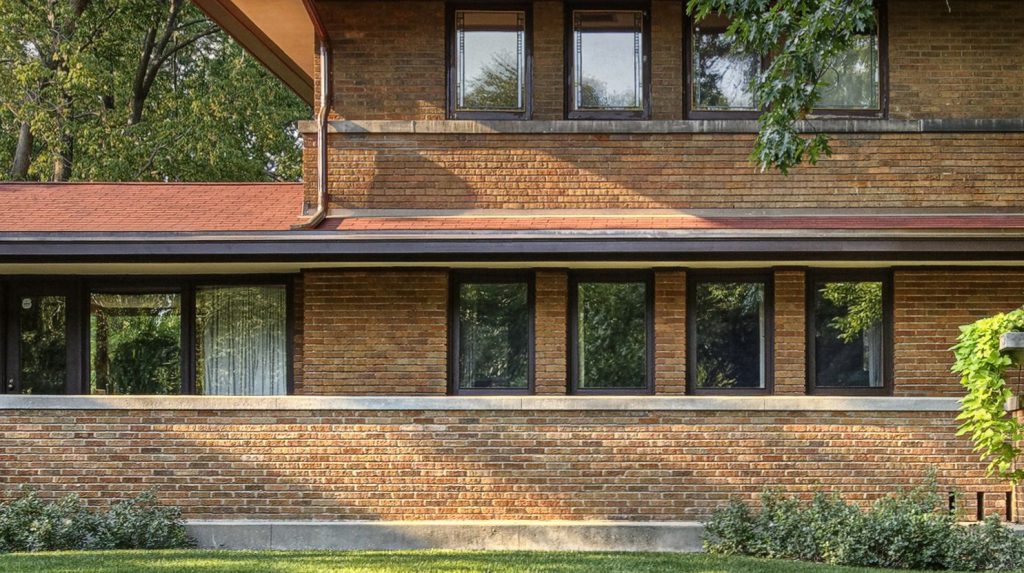 It’s become a mantra for community groups and politicians who oversee architecture in Milwaukee to fill the blanks of buildings with bricks. But they don’t stop there. Rather than going with a finer fabric, buildings are garnished with a mishmash of stuff.

“There’s one in West Allis,” Shields says,” I stopped counting at about nine materials, like there are three different bricks, three different kinds of metal cladding. Here every material is really crummy, but the theory is if you use a lot of them it will be interesting. This is probably the biggest trend out there. Not many architects have been immune to the lots of materials strategy.” 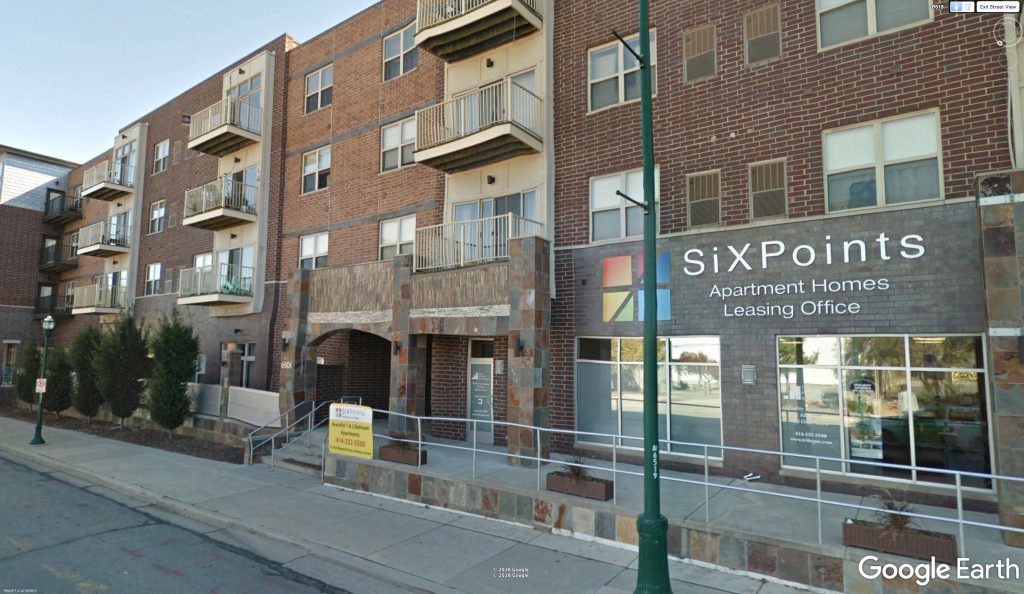 “I would love to have public officials stop asking, even demanding architects to use four, five or more different materials on a building. Sometimes when I have been asked I say ‘can you take me any place where this has turned out well?’ Milwaukee has thousands and thousands of beautiful buildings that are made out of one or two materials.”

Dense patterns of bricks form a resplendent fabric. Walls resonate with a subtle rhythm. Like the thread count of sheets, small differences matter.

3 thoughts on “In Public: The Best and Worst of Bricks”