Both the restaurant and food truck offer smoky, juicy meat. And oh, those grits! 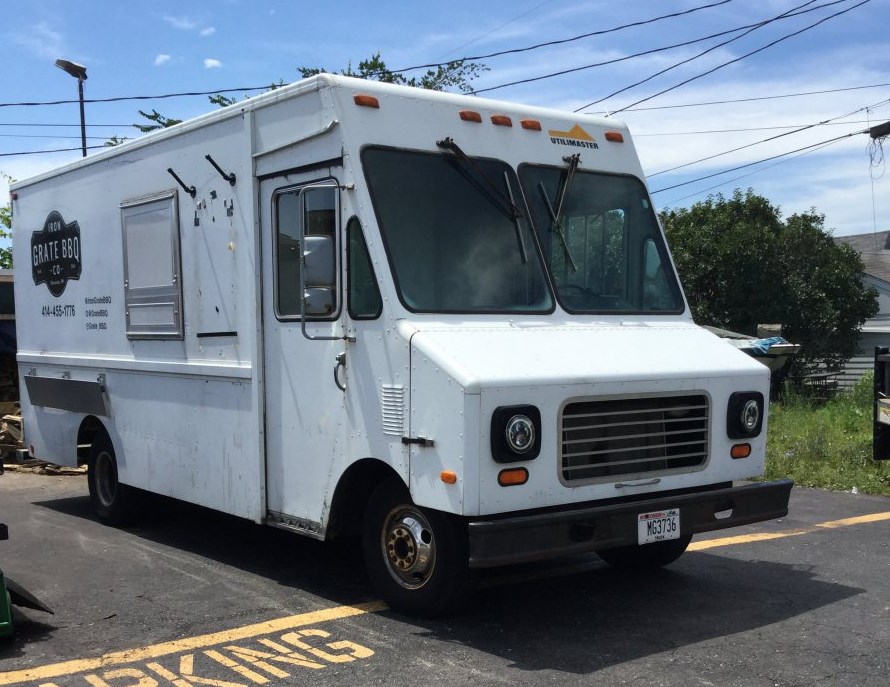 I wanted to write about how I loved everything at Iron Grate but I can’t, so I’ll go with my mixed impressions because there were highs and lows. I first encountered Iron Grate when I unexpectedly found their food truck at Doctors Park. A nice surprise, since I knew their barbecue only by reputation, and wanted to try it. It was a slow night in the park, yet the gentleman who composed my Pulled Pork Sandwich suggested I return to the window in four minutes to pick up the order. That sealed the deal, if I had any doubts about it being “made to order.”

He piled the meat inside thick-sliced white bread with coleslaw and pickled red onion layered on top of a generous pile of pulled pork. The sauce, smoky, salty, vinegary, would have drowned, not complimented the flavor of the rest of the sandwich had I chosen to use it. It had a powerful personality, too much for my taste. The pork, which included some crispy end pieces, was tender, juicy, and tasted of smoke, as it should. Unfortunately, the mix also included a chunk of gristle that should have been removed by the sandwich maker.

After this intro, a friend and I visited the restaurant on South Howell. We found the ordering process frustrating. We could barely make out the words on the digital menu, which was displayed on the TV monitors above us, as the glare from large windows that front Howell made the menu almost impossible to read. When we suggested paper menus might be a good idea, the person who took our order said, “They are coming soon.”

We both ordered the House Special, $17.00, one meat and three sides. Our thick slabs of brisket surpassed fork tender, but I had to dig mine out with my fingers because most of the tasty juicy meat was buried in the fat. My companion’s order, three meaty slices had enough fat to keep it juicy, but wasn’t overly fatty like mine.

Our server, who came to the table with goggles on his head, because he has to stick his head in the smoker several times a day, told us the owner Aaron Patin is from Texas. My companion, who is also from Texas said, “I can tell. This is pure Texas barbecue. She pointed out the pink smoke ring inside the charred edge. “This is a sign of a good piece of brisket. It’s classic Texas.”

We found the sides worthy of Texas flavors, as were the Texas-sized portions. The creamy, yet tangy coleslaw, cut through the rich meat; the Smoked Tomato Mac N’ Cheese lived up to smoky; Baked Beans were salty not sweet; and the Smothered Greens were sweet, not salty. We put the buttery, creamy, fluffy, salty Stone Ground Grits in a class by themselves. There aren’t enough superlatives to do justice to those grits. I could eat them for breakfast, lunch and dinner. Add a sweet Corn Muffin to the plate and you have a four-napkin meal with five stars, with one exception, that overly fatty meat.

When I found the Iron Grate Food Truck again, this time at Juneau Park, I ordered from the paper menu hanging from a rack on the side of the truck. The Cubano — ham, pork, cheese, mustard and pickles — came up in less than the promised five minutes I was told when I ordered it. Pork dominated the sandwich. Several layers of thinly sliced ham were barely present in the flavor profile. Likewise, the melted cheese tasted like an afterthought. The stars were the pork, juicy and full of that Texas barbecue flavor, and the sweet crunchy pickles, both highlighted by a smear of mustard on the white bread.

Also, on the menu: a Frito Pie, house-made chili on top of Fritos, a camper’s meal, and a good one.

To stay with that Milwaukee hot ham on Sunday tradition, you can purchase smoked ham from 8:00 to 11:00 Sunday morning at the outside window by the patio. Get there early or you will be disappointed. They sell out.

If you walk around behind the restaurant, it’s obvious there is serious smoking happening here. You will find Edna and Roxanna, two large smokers, one huge smoker which remains nameless, and a cute little yellow one with bug eyes. Someone is having a smoking good time here, and his name is Aaron. 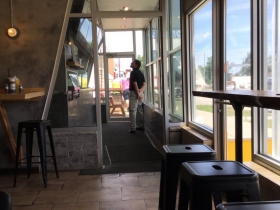 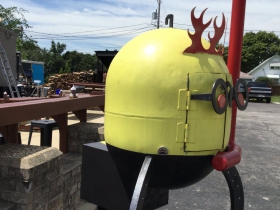 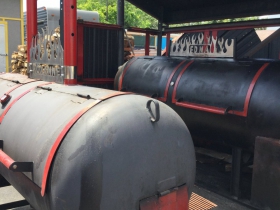 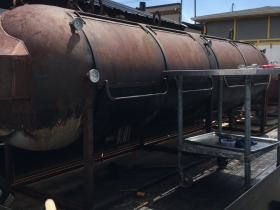 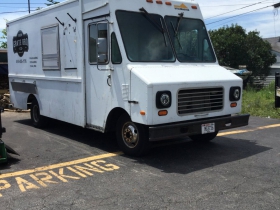 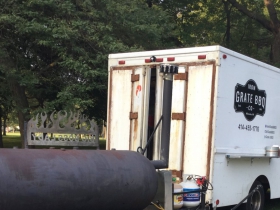 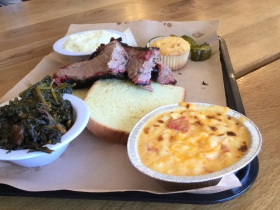 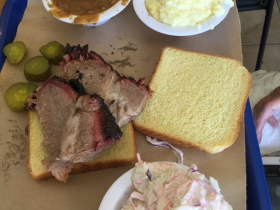 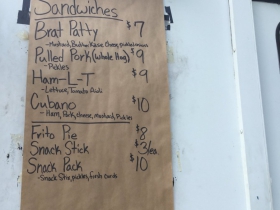