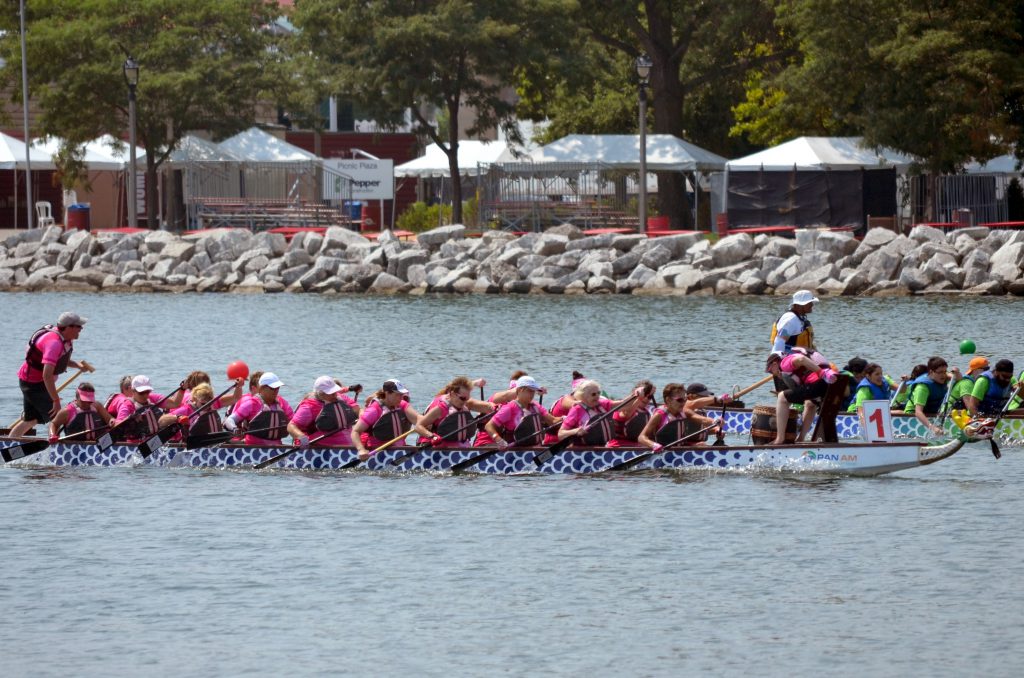 The dragon boats raced their way across Lake Michigan once more for the sixth annual Dragon Boat Festival.

The Dragon Boat Festival is a traditional Chinese festival celebrating the famous poet and minister Qu Yuan. Qu Yuan was a proud member of the Chu royal house but was banished after opposing the alliance between the king and the powerful state of Qin, according to CGTN America. During his exile, he wrote some of China’s most important pieces of poetry. After Qin captured Ying, the capital of Chu, Qu Yuan drowned himself in the Miluo River. The festival is celebrated on the fifth day of the fifth month of the Chinese lunar calendar.

Milwaukee’s Dragon Boat Festival once again held the races along the lagoon of Lakeshore State Park. Last year they didn’t have any choice as they couldn’t hold it in their usual spot of Veterans Park Lagoon due to potentially lethal levels of blue-green algae.

Many different Milwaukee companies, including Harley-Davidson and others, rowed their 41-foot-long boats across the water to the rhythm of a drum. In between races, festival goers could watch some performances of traditional Chinese dances.

One group of rowers was Pink Paddling Power, a breast cancer survivor team from Racine County. That means that all the women on the team either have or had breast cancer with many still undergoing treatment, said President Jill Hartnell. The group began in March 2006 at Wheaton Franciscan Cancer Care in Racine according to their website. At first they practiced by sitting in the hallway and pretending to paddle with broomsticks, said Captain J. J. Austin. Eventually in 2011 they qualified to go to Hong Kong to represent part of the U.S. Dragon Boat Racing is the only sport in the world that has a breast cancer survivor division, said Austin.

Austin said that it can be harder for women who have breast cancer to paddle. A lot of the women on the team had total mastectomies and that changes a lot of the muscular structure of their upper bodies. But that hasn’t stopped them from succeeding in races. In fact, they were ranked sixth in the world for their last international competition at the Dragon Boat Festival in Florence, Italy, competing against 124 teams from 22 different countries. “It was just really, really impressive how supportive all women are no matter where you come from,” said Hartnell. Hartnell attributes part of their success to Coach Brian Sibenlist, who doesn’t treat them as disabled and pushes them to succeed, she noted.

In a way paddling is also part of their treatment as it builds up stamina and encourages a lot of support and comradeship as they hang out together after practice. “This is our new normal,” said Austin. “Once you’re diagnosed with cancer, what your normal was is gone. So this is the new normal and we’re kicking it.” 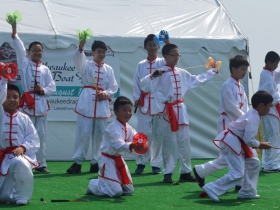 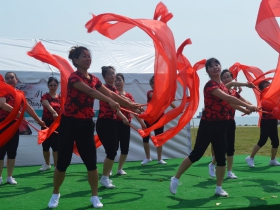 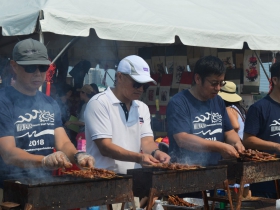 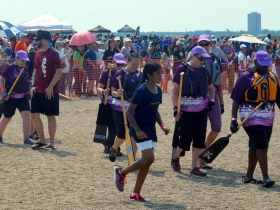 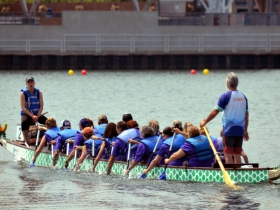 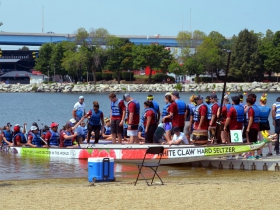