Republican senator gets an earful at Milwaukee forum attended by growers, manufacturers.

By Chuck Quirmbach, Wisconsin Public Radio - Jul 17th, 2018 11:37 am
Get a daily rundown of the top stories on Urban Milwaukee 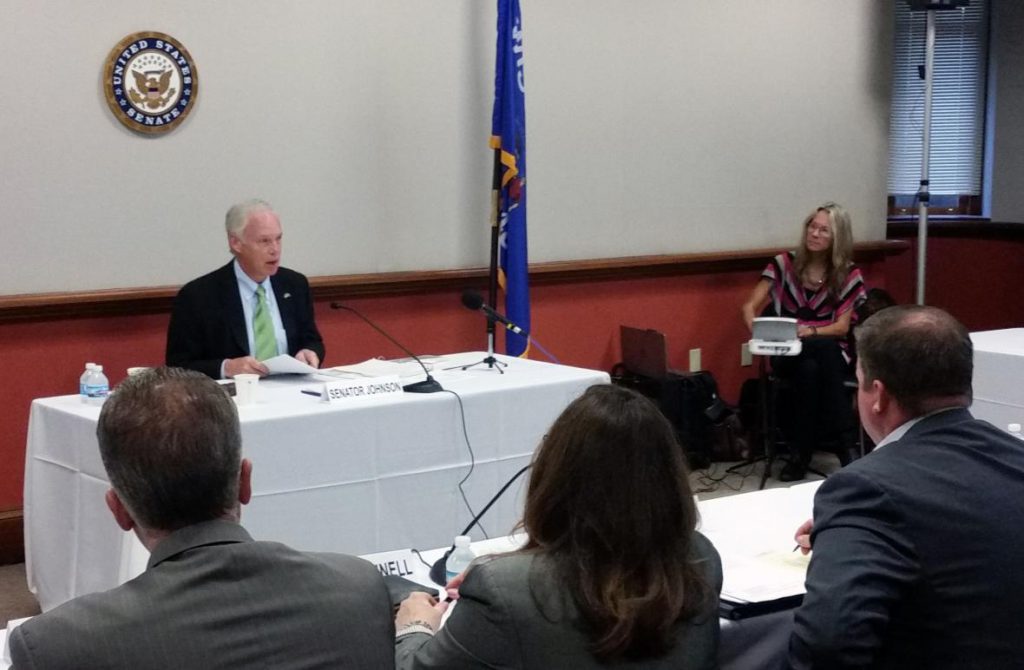 Johnson, a Republican critic of the tariffs the Trump administration has placed on imported steel and aluminum, and a variety of Chinese-made products, invited the firms to a roundtable discussion in Milwaukee.

Johnson said additional companies were asked, but some declined to participate because they are seeking exemptions to the trade penalties, or are afraid of political reprisal.

At the session, executives representing manufacturers, metal-stamping firms, packaging companies, large food processors and growers spent about 90 minutes discussing how the Trump-imposed tariffs and retaliatory tariffs placed on U.S. goods by other nations have increased costs to their businesses, limited sales and could potentially do long-term damage to their firms.

Among those attending was Cindy Brown, president of Chippewa Valley Bean Co. in Menomonie. The firm is a grower, processor and marketer of kidney beans grown by family farms in Wisconsin and nearby states. Chippewa Valley Bean exports about two-thirds of the beans it processes, the majority going to Europe.

Brown said the European Union has placed a retaliatory tariff of 25 percent on those beans, meaning customers there could pay more.

“But maybe they won’t, because they’re debating in many circumstances, whether they honor their contracts, whether they take their shipments,” Brown told the round table.

Brown also said that due to the marketplace uncertainty and U.S. tariffs increasing the price of imported building materials, the company has canceled, “$3.5 million worth of construction projects for 2018, and $10-15 million of an expansion project planned for 2019.”

In the long-term, more kidney beans may be grown in other nations not affected by the tariffs, Brown said.

Also at the Milwaukee roundtable was Brad Kremer, who runs Hillcrest Family Farms in Pittsville. His main crops are soybeans and corn.

Kremer told Johnson that due to China responding to Trump-ordered tariffs on Chinese goods and shying away from U.S.-grown soybeans, there’s now an oversupply for the rest of the soybean market.

“Farmers aren’t going to buy this year. Our checkbooks are closed,” Kremer said, lamenting that he’s concerned about the future of family farms.

Johnson told reporters after the session that he will accumulate the various stories and deliver them to the president, Commerce Secretary Wilbur Ross and U.S. trade negotiators, “So they understand there’s some real damage being done now.”

The Trump administration has argued the brinkmanship on trade will eventually pay off for the U.S., a contention that Johnson rejects.

“They say there’s going to be short-term pain for long-term gain, fine. But they need to understand some of this damage is going to be permanent and very significant,” he said.

2 thoughts on “Businesses Complain About Trump Tariffs to Johnson”