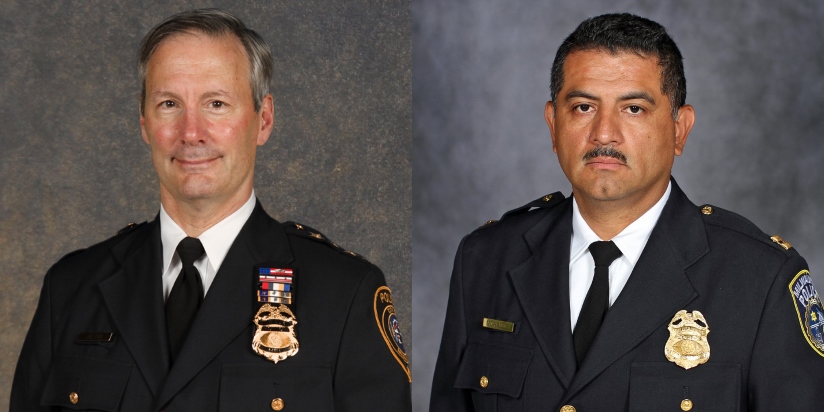 Tuesday the Milwaukee Common Council voted by 13-1 to ask the state Legislature to end the mayor’s power to directly appoint the Executive Director of the Fire & Police Commission (FPC), as Urban Milwaukee reported. The vote was a massive rebuke to Mayor Tom Barrett, and a sign that he continues to have much less clout with the council. But the council meanwhile seemed unaware of the back story to why the mayor had such power in the first place. For the ghost of autocratic Police Chief Harold Breier looms in the murky past on this issue.

For most of Milwaukee’s history, the FPC’s leader was selected by the members of the commission. This was changed in 1988, shortly after John Norquist was elected mayor. While this was part of a legislative change that gave Norquist the power to directly appoint a number of cabinet members, helping transform the city’s “weak mayor” system, the FPC appointment power fell into a special category, because of the long and controversial reign of Chief Harold Breier.

Breier served as police chief from 1964 to 1984 in a tyrannical fashion. He once “sent high-ranking officers to the homes of about 40 citizens who did not like Police Department operations.” Breier, as a New York Times story once recounted, “said he had sent the officers ‘to straighten out the thinking’ of people who were ‘misinformed.’”

“He was accused of tolerating excessive police force, especially when minority citizens or counterculture youth were involved, and presiding over a racially segregated police department,” as one historian writes. Breier saw himself as serving “the good people of Milwaukee” and minority residents took that to mean white people. Breier’s view of school desegregation was that ”We have bused crime all over the city.” He forbid his officers from giving sworn statements to attorneys investigating police misconduct, and resisted any attempts to curtail his power by the Fire and Police Commission.

And when controversies arose about Breier, Mayor Henry Maier who served from 1960 to 1988, would often wash his hands of the issue, telling the press he had no power over the police chief.

So the 1988 change giving the mayor power to appoint the head of the FPC was passed by legislators well aware of the Maier and Breier years. Few wanted another imperial chief, nor a chief over whom the mayor had no control. Thus when Ald. Robert Donovan recently told a Common Council committee that ending the mayor’s appointment power was a return to the good old days of an “independent” FPC, he is greatly simplifying history.

In fact, Breier was not the only autocratic chief. He was perhaps surpassed by John Janssen, who served from 1888-1921 and was sometimes called the “Czar” as writer Tom Bamberger recounted in a Milwaukee Magazine feature. When Socialist Mayor Emil Seidel wrote a letter asking for the chief’s resignation, Janssen replied: “Go to hell. Neither you nor any other mayor can request my resignation and get away with it.”

Indeed, we’ve already seen that happen. The FPC declared it would do a national search for a permanent police chief and then decided, without any public notice or any public discussion, to promote the acting chief Alfonso Morales to this position. This was in violation of state law to give public notice, the city attorney ruled, and “certainly looks pretty rammed through, pretty arbitrary,” as Ald. Bob Bauman complained at a council committee meeting. This was a key reason Barrett decided to fire FPC executive director MaryNell Regan.

Who now has the power over the chief? It won’t be the Common Council, which merely approves FPC appointees by the mayor and whose members have long complained they have no power over the police department budget and decision making. It won’t be the mayor, who did not choose Morales and was never consulted about his promotion to permanent chief — and will now lose his power to hire and fire the FPC director.

And it certainly won’t be the citizens of Milwaukee, who do not elect any of the FPC members. In the latter days of Chief Ed Flynn, we heard complaints that he was not answerable to “the community,” but this did not mean the city’s residents, of whom a sizable majority supported Flynn (according to polls) right up until his resignation. This was a reference to the unelected community activists who show up at FPC meetings and demand changes. If the goal is to have a police chief most answerable to the entire community, the only official elected by all the city’s voters is the mayor.

As this history suggests, there are no easy answers as to the proper structure for overseeing the police chief. You want a chief with enough independence of political officials to make decisions based on how best to fight crime, even if if means less cops placed in some council members’ districts. The creation of the FPC was done to insulate the chief from political decisions. But if too insulated, you can get a Breier-style autocrat. Or, under the newly proposed approach, a chief over whom the mayor has almost no power.

True, the police chief serves only a four-year term and will then come before the Fire and Police Commission, but it will be a commission over which the mayor has little power. Yet when something goes wrong in the police department the voters will naturally expect the mayor to do something about this. But the mayor, whoever that person is in the years to come, can simply emulate Henry Maier and say I have no power over the chief.

4 thoughts on “Murphy’s Law: Who Now Has Power Over Police Chief?”