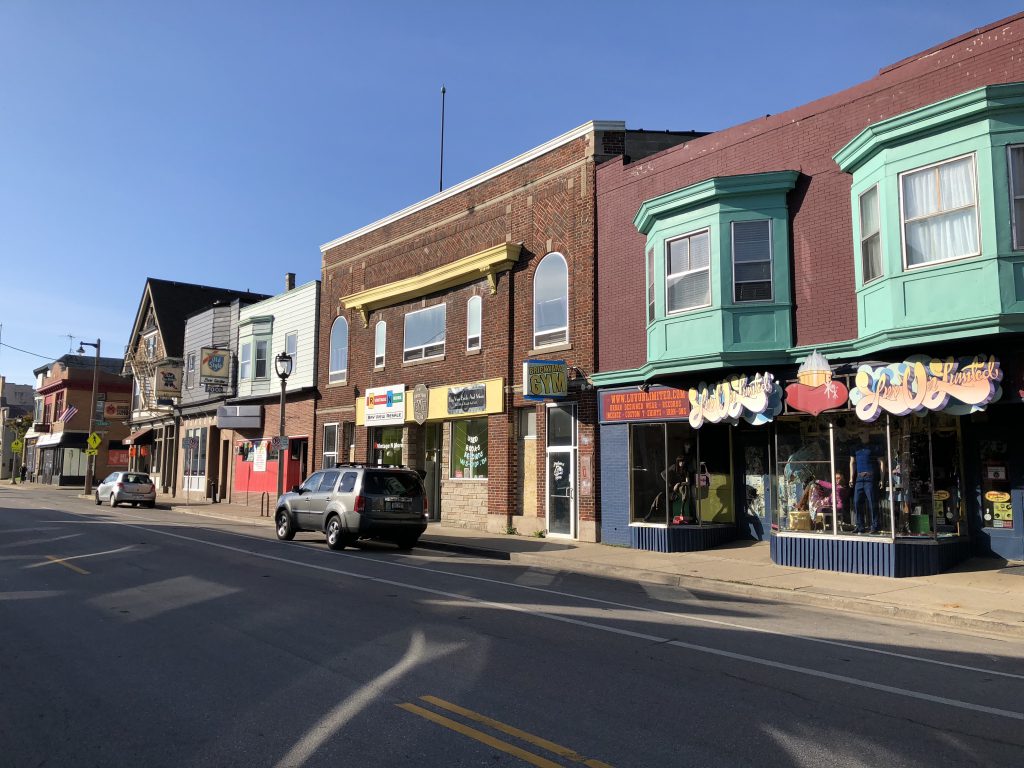 The city’s longest business improvement district is no more.

According to city officials, property owners representing 51 percent of the assessed value of the Kinnickinnic Avenue Business Improvement District in Bay View signed a certified petition to dissolve the district.

A contentious hearing at City Hall in early June opened a 30-day window for opponents of the district to get more than 50 percent of the commercial property owners in the 2.3-mile long district to sign a petition to dissolve the district. The city will now certify the results, but expects the district to be dissolved.

Many of the supporters of dissolving the KK BID have taken issue with some of the BIDs key supporters, including board chair Lee Barczak, who owns the Avalon Theater and three associated properties, board member John Toutenhoofd, who runs T-Accounts accounting service, and area alderman Tony Zielinski.

Despite their name, business improvement districts are actually made up of property owners and not businesses. They’re self-taxing entities used to fund area improvements and events. The largest such district in Milwaukee, in terms of budget, is Milwaukee Downtown BID #21, which has used its considerable resources to undertake a variety of efforts including hosting the annual Downtown Dining Week, providing programming support for Sculpture Milwaukee and managing the downtown ambassador support program. A number of BIDs partner with the city on streetscaping initiatives that often include special pavement and infrastructure.

The Bay View district, the city’s 44th, was formed in 2009. Funds were used for street beautification efforts, marketing and event planning.

Downtown Hyatt Sold, Will be Restored

The Hyatt Regency hotel at 333 W. Kilbourn Ave. has changed hands. The hotel was sold by an Atlanta-based investment firm to a Miami-based private equity firm for $37.3 million.

Cambridge Landmark bought the building, which has over 350,000 square feet of space, with plans to retain the Hyatt Regency branding.

Tom Daykin of the Milwaukee Journal Sentinel reported that the building sold for $37.3 million, with a second, unexplained transaction for $27 million.

The firm already operates two hotels in Orlando, Fl. Those two underwent serious renovations, and the firm plans to do the same for the Hyatt.

A Cambridge Landmark partner told Daykin the new Milwaukee Bucks arena and the proposed expansion of the convention center were driving forces behind the firm’s decision to purchase the building. Maybe we can chalk this one up in the win column for the massive infusion of public capital the arena received.

Good news for Milwaukee visitors, a representative of the new owners told Daykin: “The hotel already makes a good chunk of money. I don’t need to double my rates to make a good return there.”

The latest addition to Milwaukee’s skyline, the 7Seventy7 apartment building, is open and leasing.

The 35-story building, with 310 luxury apartments, has already leased 30 percent of their units, Jeramey Jannene reports.

Units in the building are certainly on the pricey side. A 548-square-foot studio goes $1,415 per month, with the biggest luxury penthouse goes for $7,485 a month.

But the units come with a number of amenities like a saltwater pool, yoga room, massive rooftop deck and fitness center. Jannene has all the details, with photos, in his story.