Historic Broadway Buildings Will Be Reclaimed

Workers from Waukesha-based general contractor Stier Construction have been diligently scraping away decades of alterations to the three buildings that run from 627 to 637 N. Broadway.

The three two-story buildings will be redeveloped with a unified, historically sensitive facade, but not one that exactly matches what the buildings originally looked like when they were built in 1900. As Uihlein’s 2017 application to the Historic Preservation Commission states: “Over time these buildings have been substantially modified such that there is no surviving historic fabric to preserve.”

The redeveloped buildings will include space for six tenants, including three storefront spaces. According to city records, the buildings contain a combined 9,575 square-feet of space.

Uihlein, whose firm Uihlein/Wilson – Ramlow/Stein is doing the architectural work, has owned the buildings since at least 2013 according to city records. He’ll have no problem monitoring progress on the site, with the firm’s offices being located around the corner at 322 E. Michigan St.

He told Urban Milwaukee in 2017 that the timing was right for redevelopment given the substantial growth of Downtown and the impending opening of The Hop streetcar line. A southbound station for the streetcar line is located immediately in front of the three buildings.

Both the three-building redevelopment project and the Uihlein/Wilson offices are located in the East Side Commercial Historic District. The locally-designated historic district mandates design guidelines for the area, something that Uihlein has shown up to support when other nearby property owners have proposed renovations or demolition.

The project will be a significant step forward for a key downtown intersection. The buildings have looked pretty  dilapidated for years, especially after a temporary wood covering was removed. The area around them has also begun to see more life with the opening of the Hilton Garden Inn in the Loyalty Building, Downtown Books relocating to 624 N. Broadway and a Pita Pit opening in the long-vacant first-floor of the Railway Exchange Building.

This isn’t Uihlein’s only downtown reclamation project. The philanthropist and his wife recently made headlines for his significant (but undisclosed) gift to redevelop the Warner Grand Theatre into a music hall for the Milwaukee Symphony Orchestra. 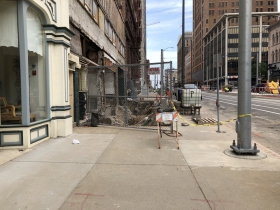 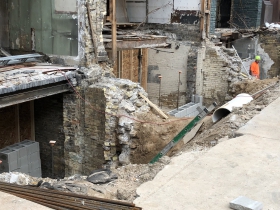 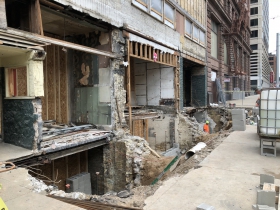 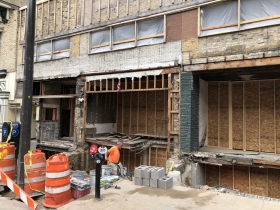 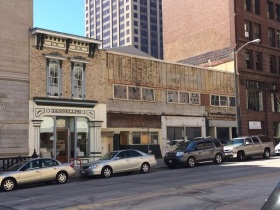 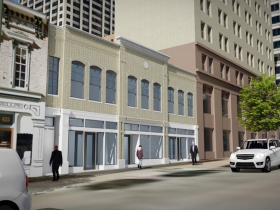 7 thoughts on “Eyes on Milwaukee: Historic Broadway Buildings Will Be Reclaimed”