Governor declines to criticize Trump in his July 4 appearances.

By Chuck Quirmbach, Wisconsin Public Radio - Jul 5th, 2018 11:36 am
Get a daily rundown of the top stories on Urban Milwaukee 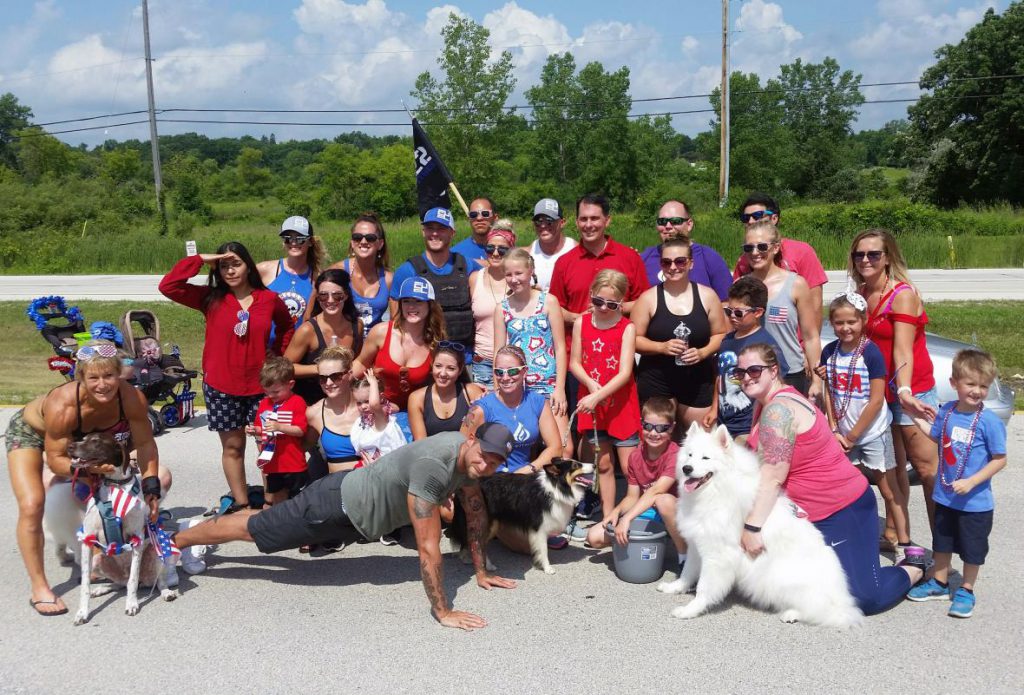 Walker poses with well-wishers before a parade in Franklin on Wednesday. Photo by Chuck Quirmbach/WPR.

Trump this week kept up his tariff-related battle with the motorcycle company, by tweeting that he’s encouraging other bike manufacturers to move to the U.S.

Harley says more of its production jobs are going overseas because of Trump’s support of tariffs.

Prior to marching in the holiday parade in Wauwatosa, Walker was asked if Trump is hurting the Milwaukee company. He declined to criticize the president but reiterated his hope that the White House will be moving away from tariffs in the coming months.

“Again … I don’t think this is indefinite. A few months from now, I hope we’ll get to a point where we’re at least going towards no tariffs,” Walker said.

Walker said he talked to Trump about Harley-Davidson two weeks ago when visiting the White House.

Democratic state Rep. Fred Kessler who was also in the Wauwatosa parade said Walker is making a mistake by not being more critical of the president.

“I certainly think he should be calling on Sen. (Ron) Johnson and the Republican senators to oppose this,” Kessler said. “I mean, I just think we are seeing an upside-down status on the free enterprise system.”

One thought on “Walker Avoids Harley Issue at Parades”