So did Sartori Foods. Both now hurt by Trump tariffs.

By Wisconsin Democracy Campaign - Jun 26th, 2018 01:53 pm
Get a daily rundown of the top stories on Urban Milwaukee 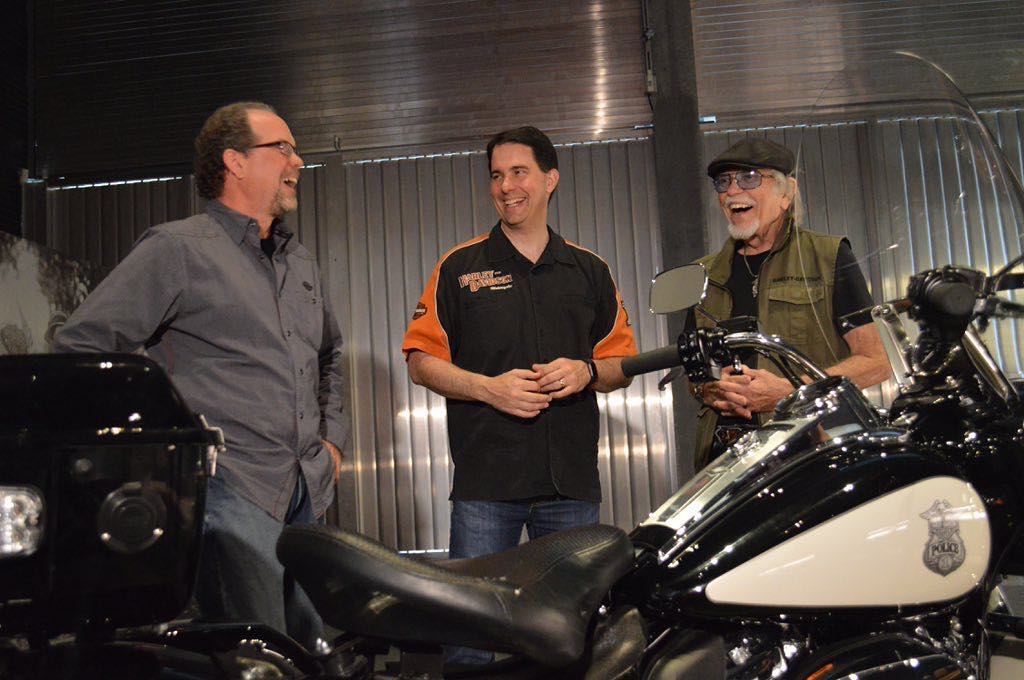 Gov. Scott Walker visiting the Harley-Davidson Museum. Photo from the State of Wisconsin.

Here’s a look at the campaign contributions by Harley-Davidson and Sartori Foods employees to legislative and statewide candidates in Wisconsin.

The iconic Milwaukee-based motorcycle manufacturer recently announced it would be moving some production abroad because the European Union raised tariffs on American-made motorcycles from 6 percent to 31 percent. The increase was in response to earlier tariffs on European steel and aluminum imposed by GOP President Donald Trump.

Republican Gov. Scott Walker tops the list of Harley and Sartori contribution recipients, accepting about $45,100 between January 2010 and December 2017.

Other top recipients were:

Mary Burke, a former Democratic candidate for governor, about $5,835;

Tom Barrett, a former Democratic candidate for governor, about $5,735;

The companies’ top contributors to legislative and statewide candidates were:

Harley-Davidson attorney Paul J. Jones, of Fox Point, $15,500, all of which went to Walker;