It wasn't windy enough for supersized kites, but plenty of family-friendly fun was had. 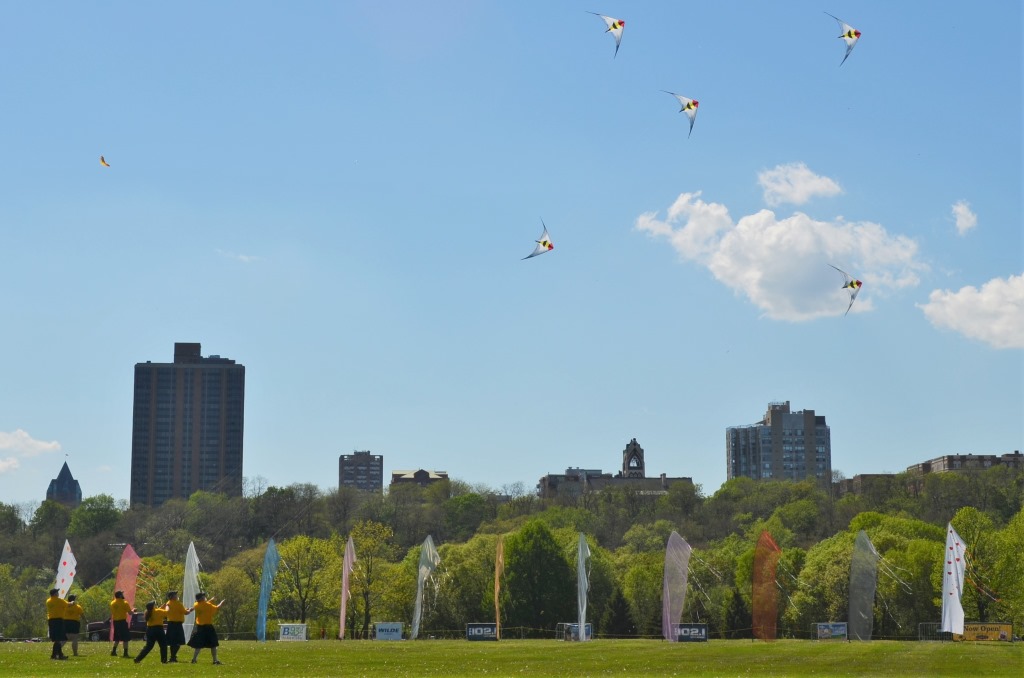 It’s not summer in Milwaukee unless there’s a giant octopus, teddy bear, or other animal floating in the sky signaling the return of a kite festival in Veterans Park.

Unfortunately for the 31st Annual Wilde Subaru Family Kite Festival over Memorial Day weekend, the iconic, giant kites normally seen at kite fests in Veterans Park weren’t able to liftoff much. That’s because the wind just wasn’t strong enough, as the emcee reminded us throughout the event. This is especially disappointing for the brand new whale-shaped kite that debuted at the festival, which Gift of Wings and the Kite Society of Wisconsin and Illinois kept a closely guarded secret with the only hint being the fest’s tagline of “whale of a time.” But it was the perfect temperature to be outside.

Thankfully, there was no shortage of smaller kites from festival goers, which took advantage of the stronger wind higher up in the air. And when the wind made it possible we also saw precision kite-flying demonstrations from teams like the Chicago Fire Kite Team who deftly swept their kites through the air.

As this was a family-focused event, there were plenty of things for children to do from simple pleasures like popping bubbles spewing from a machine to the Kids Mad Dash where children had to run around while keeping their kite afloat and untangled in the chaos.

Families could also take a look at all the food and sponsor tents lining the path through the park. Cafe Deco of the Ambassador Hotel brought back their kite-shaped cookies while Nothing Bundt Cakes sold delicious bundt cakes. Yum!

You can look forward to the next kite festival in Veterans Park on July 3, 2018 when the Fireworks Kite Festival will be held. Maybe we’ll have better luck with the wind by then. 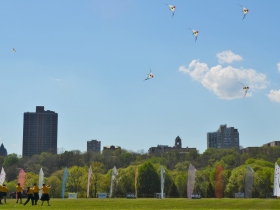 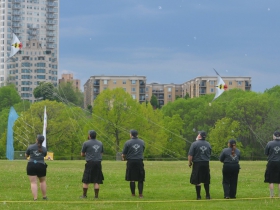 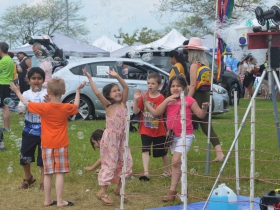 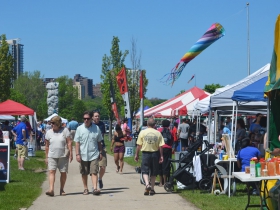 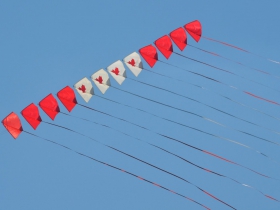 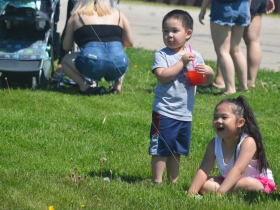