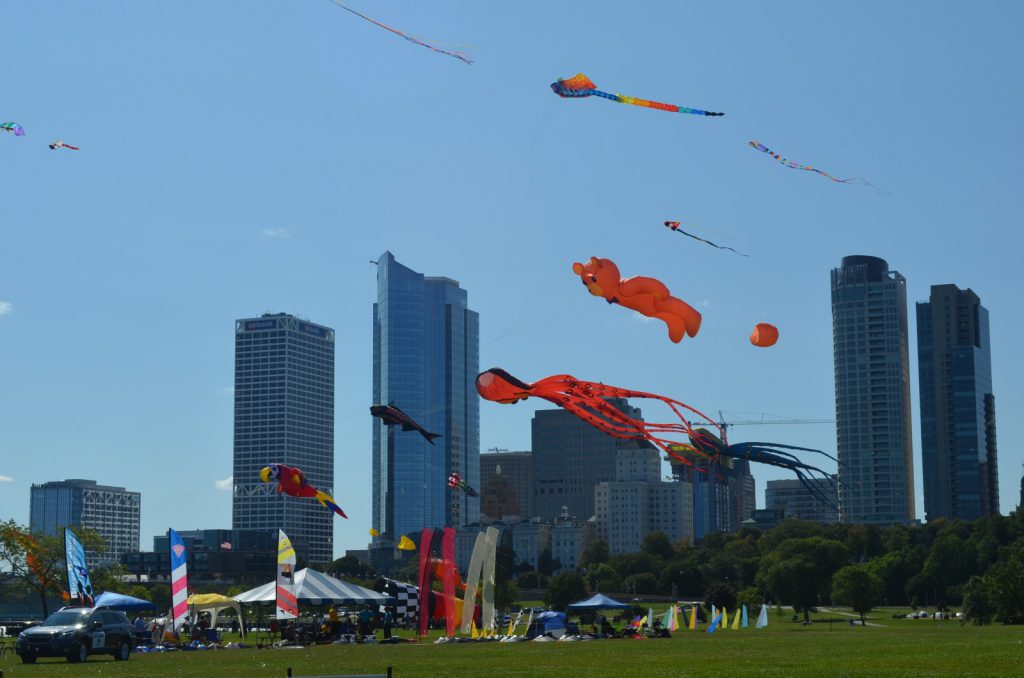 That’s because of the 39th annual Wilde Subaru Frank Mots International Kite Festival, which drew kite lovers from all corners of the country to the park. From small kites to big behemoths, every conceivable kind of kite was proudly displayed along the Milwaukee skyline. Some kite enthusiasts took it a step further for the choreographed kite shows, making groups of kites dance in the air as sweeping music played.

Two precision kite-flying teams, The Chicago Fire Kite Team and Team FORC-E, perform on both days of the event, held on Saturday and Sunday.

The weather was just perfect: not too hot, not too cool, and with plenty of wind for the kites to lift off. WISN 12 reported that winds were coming off the lake at about 12 mph with temperature closing in at about 70 degrees.

Families could not only fly kites, but also partake in the many food vendors that lined the perimeter of the park, including an appearance by Cafe Deco at the Ambassador Hotel serving kite-shaped cookies. Sweet. 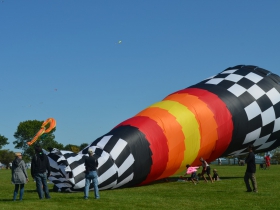 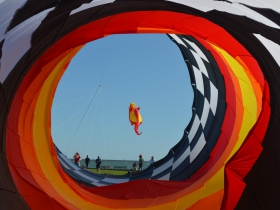 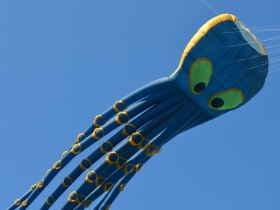 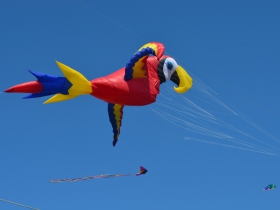 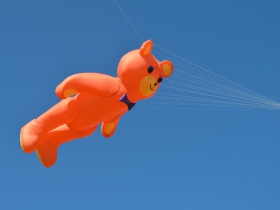 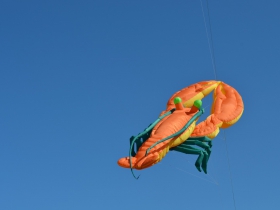