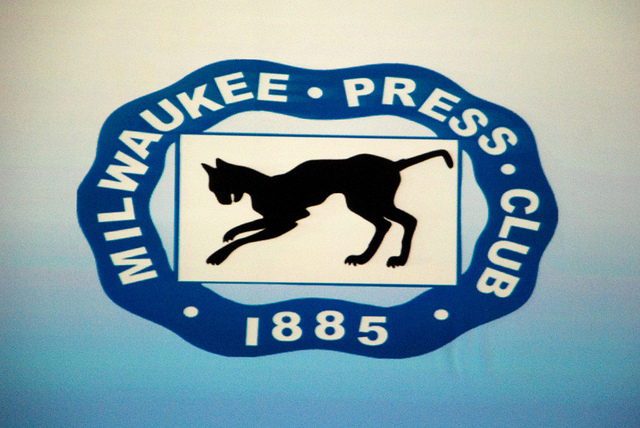 Urban Milwaukee won seven awards in the state-wide journalism awards for 2017 presented by the Milwaukee Press Club on Friday.

The online daily won the bronze award for “Best Local News or Feature Website,” and its writers won six other awards.

Urban Milwaukee editor and columnist Bruce Murphy won the gold award for Best Online Column, and the silver award for his “columns watchdogging government and business.”

“We’re honored to win these awards,” said Urban Milwaukee President Jeramey Jannene, “and very proud of our writers, who have helped us win seven awards. This now makes the sixth year straight that Urban Milwaukee has won Press Club awards, which shows the consistent quality of the publication.”

Murphy has won 15 Press Club awards in the last 12 years, and Noth has won three times for Best Critical Review in the last four years, while Horne has now won four awards since 2014.

Founded in 1885, the Milwaukee Press Club is the oldest, continuously operating press club in North America. This year’s event was held at the InterContinental Hotel in downtown Milwaukee and was a sellout.

Pulitzer Prize-winning New York Times writers Jodi Kantor and Megan Twohey were winners of the Press Club’s annual Sacred Cat award, for their work exposing the decades of sexual harassment and sexual abuse by Hollywood mogul Harvey Weinstein. The award was a kind of homecoming for Twohey, who got her start with the Milwaukee Journal Sentinel and she fondly remembered those days in a speech that also detailed how Kantor and her did the reporting for their bombshell stories.

The Headliner Awards were given to two Milwaukee developers, long-time city insider Gary Grunau, and “real estate disrupter” Juli Kaufmann, as she has been described, for her development projects blending business with social equity and environmental concerns.

Grunau talked about his work with former Mayor John Norquist on two game-changing projects: the Milwaukee Riverwalk and the downtown convention center. Kaufmann centered her speech on her current project, the Sherman Phoenix, to illustrate the need for projects that address city problems like poverty and segregation.

Urban Milwaukee has written many stories and published many press releases about the work of Kaufmann and has also documented the work of Grunau — as well as that of countless developers, politicians, business people, community activists and non-profit leaders. The publication has become an indispensable source for anyone trying to understand the people and policies, breaking news and historical background of this complex city. We now publish more than 40 stories and 75 press releases per week. If you value the work we are doing, if you want to see Urban Milwaukee continue to do award-winning work, it’s easy to support us by becoming a member, which also makes you eligible for free tickets to all kinds of great events.