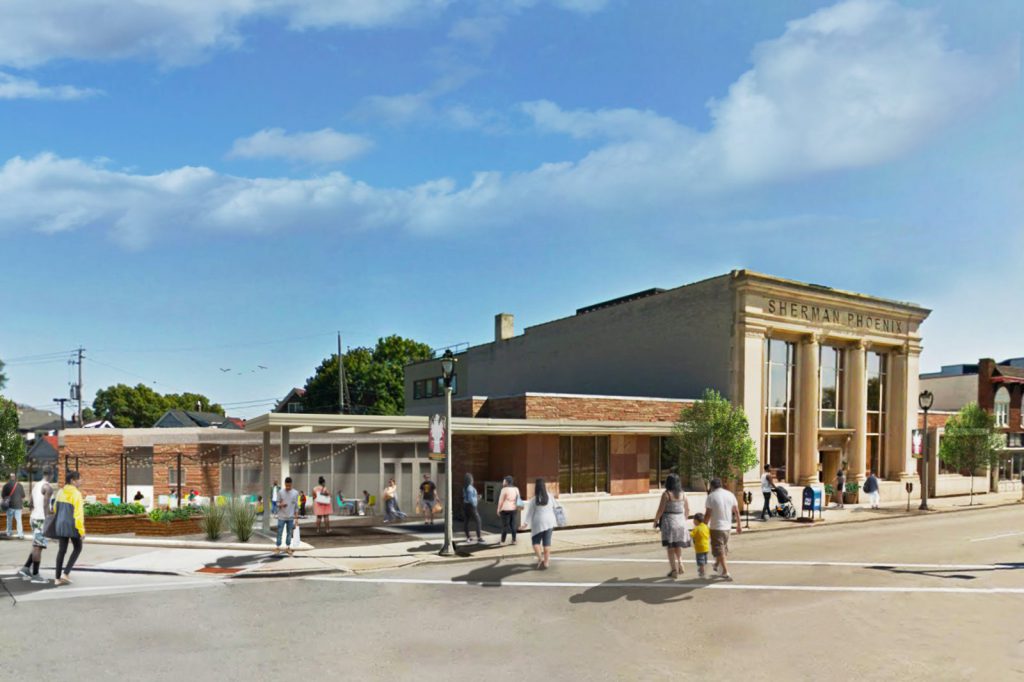 Standing in the gutted-out space that will become the future site of Buffalo Boss, an organic fried chicken restaurant, JoAnne Sabir and Juli Kaufmann announced to a room of television cameras that their project, The Sherman Phoenix, had received a $250,000 grant from the Wisconsin Economic Development Corporation.

The Sherman Phoenix is a project redeveloping a former BMO Harris Bank that was set ablaze during the 2016 riots in Sherman Park that followed the police shooting of Sylville Smith. The building will ultimately lease space to about 20 local businesses. The grant is a Community Development Investment Grant that was awarded to Milwaukee County for the project, and it’s another piece of financing the project needs to meet its projected, Fall 2018 opening. 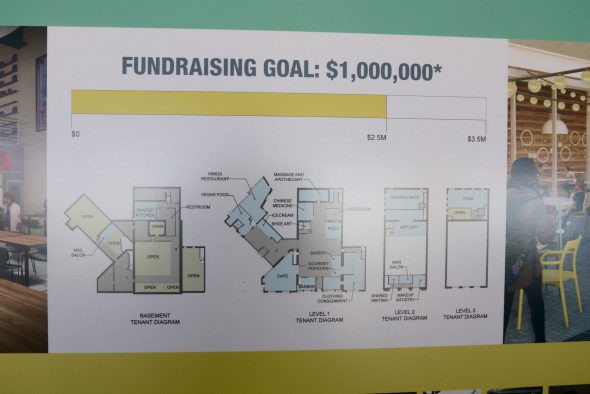 Sherman Phoenix project is closing in on its $3.5 funding goal. Photo by Graham Kilmer.

The project is using a unique blend of financing, with about 50 community investors and philanthropic donors, tax incremental financing from the city, and now a grant from the state development agency.

The ultimate goal of the project, which is what has attracted all the various investment, is to develop new wealth in the Sherman Park community, through locally-owned business, local jobs and a redeveloped building on a commercial strip that has long lacked investment.

The developers have most of the funds necessary to overhaul the building for this $3.5 million project, but are still drumming up funds for the last $1 million needed to completely build out the spaces for future tenants. These buildouts will also retain quite a bit of the original building’s character, Kaufmann said, incorporating elements like exposed brick and even an old safe from the bank. Demolition has already begun on the interior of the building, a process the developers hope to be done with by May.

Sabir and Kaufmann were joined by County Executive Chris Abele, State Senator LaTonya Johnson and Lt. Gov. Rebecca Kleefisch. All the elected officials gave remarks praising the project and the developers for this unique attempt at community development.

For the senator it was personal: while growing up her grandmother banked at BMO Harris, and Johnson said she was horrified on the night of the riot to see it burned down. But she is heartened now, “to see this building give birth to so many dreams.”

Twenty tenants will move their businesses in by fall, should the final financing roll in on time, the developers say. And these entrepreneurs will bring with them roughly 75 jobs for the neighborhood. Sabir, who also owns The Juice Kitchen with her husband Maanaan, called the Phoenix “the place of possibility.” It’s a project that can “change the trajectory of this community,” as Kaufmann put it.

Abele, taking note of what the developers have already accomplished with the project, offered this takeaway: “Do not bet against what they would try to get done.”