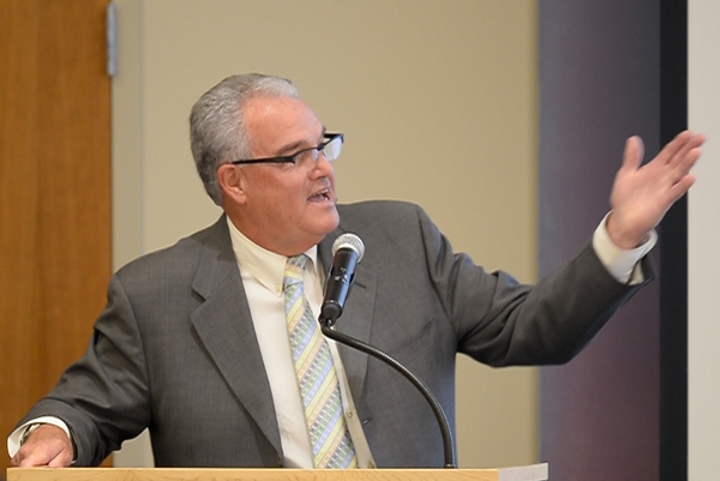 The criminal charges filed by the Wisconsin attorney general’s office against the former chancellor and vice chancellor of UW–Oshkosh have the smell of prosecutorial overreach, scapegoating and missing of the mark.

UWO’s two top officers, Rick Wells and Tom Sonnleitner, have been charged with the fuzzy crime of “acting beyond their authority” as parties to a crime. Beyond their authority? They were the top executives of the university. That charge is going to be very hard to prove in court.

At the heart of their alleged “crimes” are financial interactions and obligations between the UWO Foundation and the university. But, let us take note at the outset that the foundations were set up to provide support for their campuses and students. So, why would it be a crime for a university administration to provide help for foundation projects and initiatives?

There are matters of judgment involved in executive actions and decisions, and executives don’t always get things right. They make some bad calls, but usually make more good calls than bad calls.

Executives are generally given wide latitude on decisions; else they would become too careful when bold decisions are called for. Poor decisions are fair game for criticism, even removal from office. Fair enough, that’s part of taking the job. But jail time?

There are several extenuating factors to take into account as three different lawsuits proceed with millions in legal fees attached:

In the aftermath of the UWO controversy, UW System leaders conducted a 2017 audit of unaffiliated organizations and found that there were 90 of them, of which 37 were attached to UW-Madison. There are 13 more entities attached to UW Health that were not addressed.

In the end, there were some minor issues, but no major issues made headlines at the 25 other UW campuses. We made a few adjustments in governance at UWM.

This does not constitute an epidemic of abuse, but there is a major lack of transparency. Still to be disclosed are the extra out-of-pocket UW System costs for lawyers, accountants, bankers and investment bankers for now over 100 separate but affiliated entities.

What’s needed here is clear direction to the UW campuses and their wonderful foundations about the protocols, rules and reporting of fund-flows back and forth. A tightening was in order, as the USO situation has taught us.

Not so incidentally, the lion’s share of the funds flow from the foundations to the colleges and their students, not the other way around. That’s the big picture that the attorney general missed.

Sadly, the prosecutorial fervor may have a chilling effect on donors and on competent people willing to serve on foundation boards.

The even bigger picture that UW Regents need to address is the overall organizational structure and governance of the system. The Madison-centric management of the sprawling system has proved unwieldy.

A reorganization along regional lines would better serve the state in terms of economic development and connection to the issues. It would allow more hands-on management by regional chancellors and regional boards of regents.

That’s a long shot. There has been no major reorganization for more than four decades. But, at least, there will be more transparency going forward.