The Bad News About Bon-Ton

And the good news about the harbor, and The North End.

For months now the bankruptcy of Bon-Ton, a large department store chain, has been in the news. And now, it seems, the company is headed for the thresher.

The company needed a buyer to stay above water and, unfortunately for them and their employees, only liquidators stepped up to the plate. Liquidation sales are already underway and stores are closing within the next five months, reported Paul Gores at the Milwaukee Journal Sentinel. And across the country more than 20,000 employees will be impacted, the AP reported.

Bon-Ton had corporate offices and a Boston Store department store in the downtown Grand Avenue Mall. Now that the company is shuttering, the jobs of hundreds of Milwaukeeans have disappeared. It also means their large commercial and office space in the heart of downtown at 331 W. Wisconsin Ave. will soon be vacant.

In late 2017, as Bon-Ton struggled, it had plans to reduce the size of its store from 123,000 square feet down to 55,000 square feet. This was after that space was purchased by Urban Innovations prior to the reduction in 2017. Tony Lindsay, vice president at the company, told Milwaukee Journal Sentinel reporter Tom Daykin, that they weren’t caught off guard by the sale to liquidators.

Daykin reported at the time of the liquidation sale that Bon-Ton was leasing a combined total of 200,000 square feet downtown.

Barrett also tamped down any concerns about a $1.9 million forgivable loan the city gave to the Bon-Ton in February of 2017. The loan was rewarded to the company for keeping its headquarters in Milwaukee for the next 10 years, and according to Barrett, Bon-Ton had already drawn down about a quarter of the funds in the account. But it was in escrow, so it should be protected from the liquidation. “Because it was in escrow, that remains our money,” Barrett said. 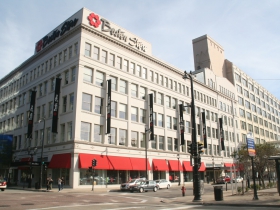 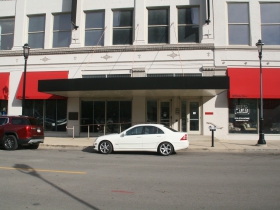 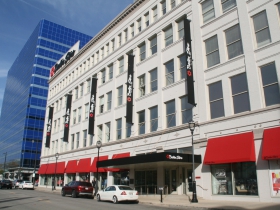 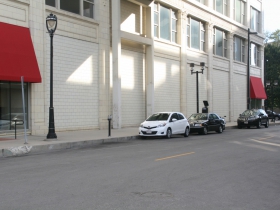 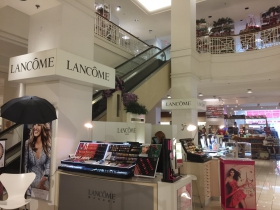 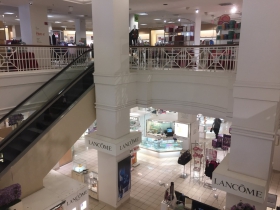 The Harbor Gets Fresha

There’ve been a few stories this week about the evolving real estate landscape of Milwaukee’s harbor.

V. Marchese Inc. announced plans to expand in the harbor district area, adding 50 to 75 jobs, Sean Ryan at the Milwaukee Business Journal reported. You may know the company by its trucks that feature a mustachioed banana saying, “Fresha you betcha.”

An 11-story office building on the Mayfair Mall campus in Wauwatosa is being converted into a hotel, Corri Hess with the BizTimes reported.

HKS Holdings will convert the building into 196 hotel rooms and it will become a Renaissance Hotel by Marriott.

A chunk of the funding for the project, Hess reported, comes from a $9 million tax incremental district created by the City of Wauwatosa.

-The massive North End is almost complete. Jeramey Jannene has the photos.

-The plans for the MIlwaukee Symphony Orchestra’s new home at The Grand Theatre just got a little bigger, Tom Daykin reports.

-And a wetland in Bay View will be good for the environment, and maybe good for local development.

16 thoughts on “Plats and Parcels: The Bad News About Bon-Ton”