The North End is Nearly Finished

Fifth phase is the final piece of the puzzle for the Mandel Group. 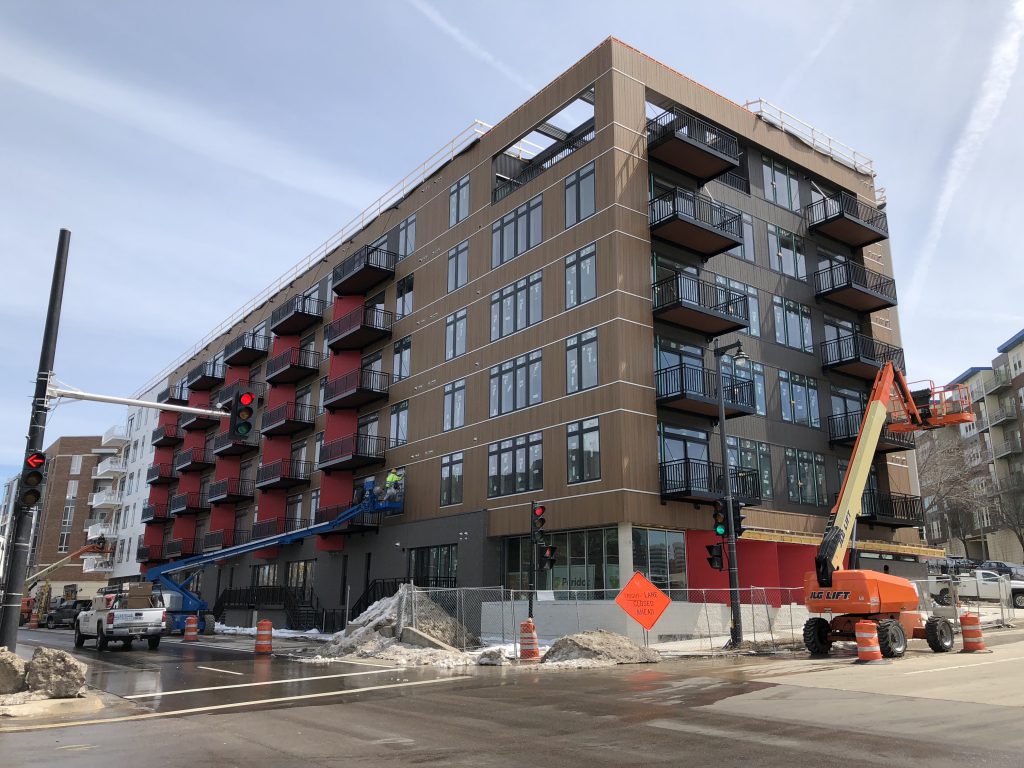 After more than a decade of development, The North End is nearly complete. The fifth and final phase of the Mandel Group‘s massive mixed-use complex is scheduled to start accepting residents in May. The new apartment building, to be known as Chroma, will include 89 apartments when complete.

Chroma, the Greek word for color, will join the ONE, Portrait, Silhouette, Aperture and Vignette buildings in the photography-named complex of buildings clustered around the intersection of N. Water St. and E. Pleasant St. Vignette recently opened to residents, and based on social media activity both its new apartments and outdoor pool have been a smash hit. See inside those apartments in our project profile released this morning.

You’re forgiven if you didn’t think Chroma was part of The North End. The project is located across N. Water St. from the rest of the project, occupying the northeast corner of the intersection of N. Water St. and N. Milwaukee St.

However, now that the project has reached its maximum height and colorful balconies have been installed it feels more unified with the rest of the complex. Standing in the middle of N. Water St. amid all the new buildings suddenly feels a lot more like being in the middle of an outdoor living room, and not at all like wandering through a post-apocalyptic wasteland of the abandoned Pfister & Vogel Tannery. Those days are gone. Traffic is substantially calmer as well, with three stoplights added to N. Water St. between E. Juneau Ave. and E. Pleasant St. Mandel, along with a handful of other developers, has transformed the area.

Construction on the six-story building began in March 2017. 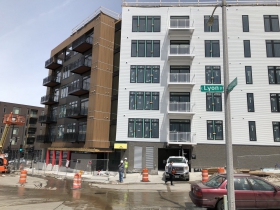 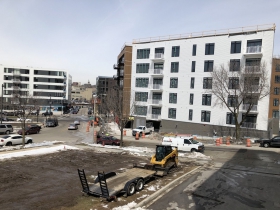 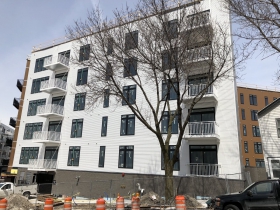 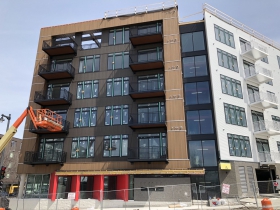 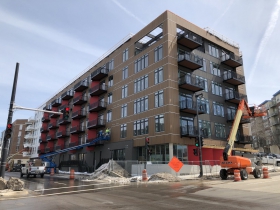 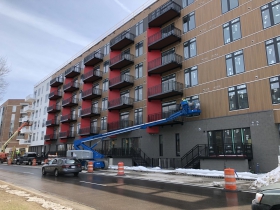 3 thoughts on “Friday Photos: The North End is Nearly Finished”