By Tamarine Cornelius, Wisconsin Budget Project - Apr 19th, 2018 11:08 am
Get a daily rundown of the top stories on Urban Milwaukee 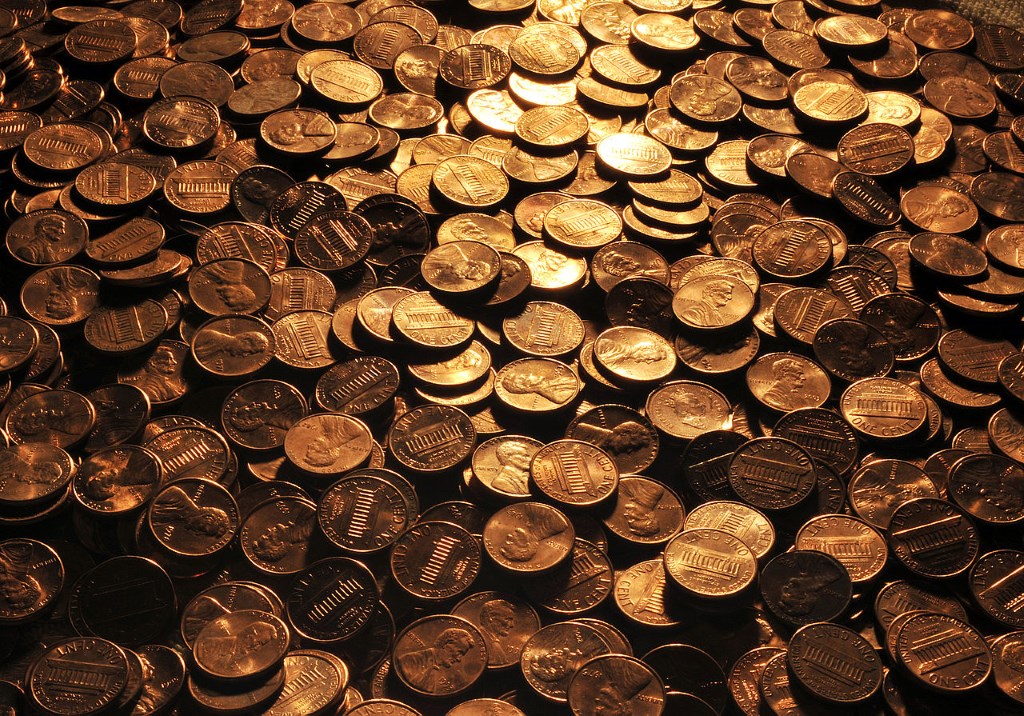 Wisconsin is a better place for everyone when everyone does well. Unfortunately, while the wealthiest have seen their incomes skyrocket in recent decades, incomes have remained the same for the middle class and those who struggle to make ends meet. For Wisconsin families, it’s becoming harder to make it to the middle class and stay there.

Lawmakers in Wisconsin have only made this problem worse by giving massive breaks to special interests while forcing cuts to things that benefit all of us, like education and clean air and water. As a result, low- and middle-income families in Wisconsin pay a bigger share of their incomes in state and local taxes on average than the wealthiest households. Our tax system requires low-and middle-income families to pay between 9 and 11 cents out of every dollar they earn in state and local taxes—yet the wealthiest households pay just 7.7 cents out of every dollar of income on average, the lowest of any income group. 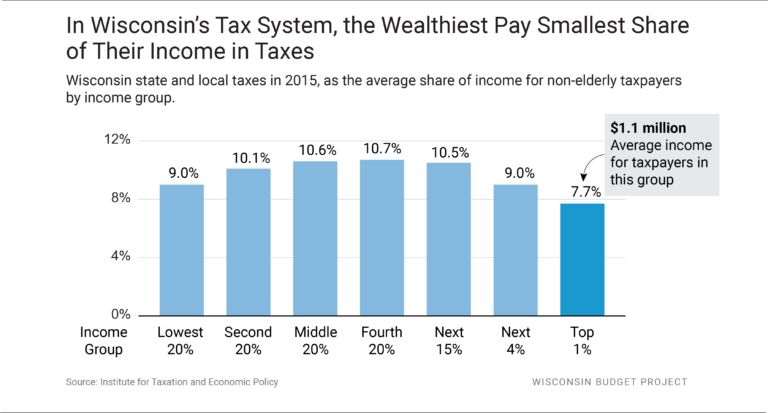 In Wisconsin’s Tax System, the Wealthiest Pay Smallest Share of Their Income in Taxes

Wisconsin’s middle class, while still one of the largest in the country, is shrinking. Most of the loss occurred as people fell out of the middle class to the lower income tier, rather than climbing into the upper tier. That trend should set off alarm bells for state policymakers, who should be using the tax system and other tools to help people work their way up the economic ladder, not just help those already at the top.

Wisconsin’s tax system is also tilted in favor of corporations, particularly manufacturers. In 2011, lawmakers created the Manufacturing and Agriculture Credit, which cut manufacturers’ and some other corporations’ taxes by more than $1.4 billion since 2013, nearly eliminating their income tax liability altogether. This tax cut is highly slanted in favor of the very wealthy, with tax filers with incomes of more than $250,000 receiving 93% of the value of this credit paid through the individual income tax, leaving just 7% for everyone else.(For more about the Manufacturing and Agriculture Credit, see The Big Giveaway is Getting Bigger: Updated Figures Show Growing Tax Credit is Inefficient, Costly, Wisconsin Budget Project, February 2017.)

Even though many manufacturers and other corporations already pay little or nothing in income tax, Wisconsin lawmakers are further twisting the tax system by approving public payouts that involve actually sending checks to corporations. For example, Foxconn is set to benefit from up to $4.5 billion in tax breaks and spending from state and local governments, a large portion of which takes the form of refundable tax credits. (For more, see More than $1 billion of Foxconn Payout Has No Direct Connection to Job Creation.)

In Wisconsin, the top 1% is thriving, with their share of income reaching near record levels. We need to make sure our tax system doesn’t give the top 1% an additional advantage at the expense of taxpayers of more modest means, and holds corporations accountable to pay their fair share. Instead of looking for new ways to cut taxes for corporations and people with the highest incomes, state lawmakers should turn their attention to making investments that help Wisconsin communities and families thrive.