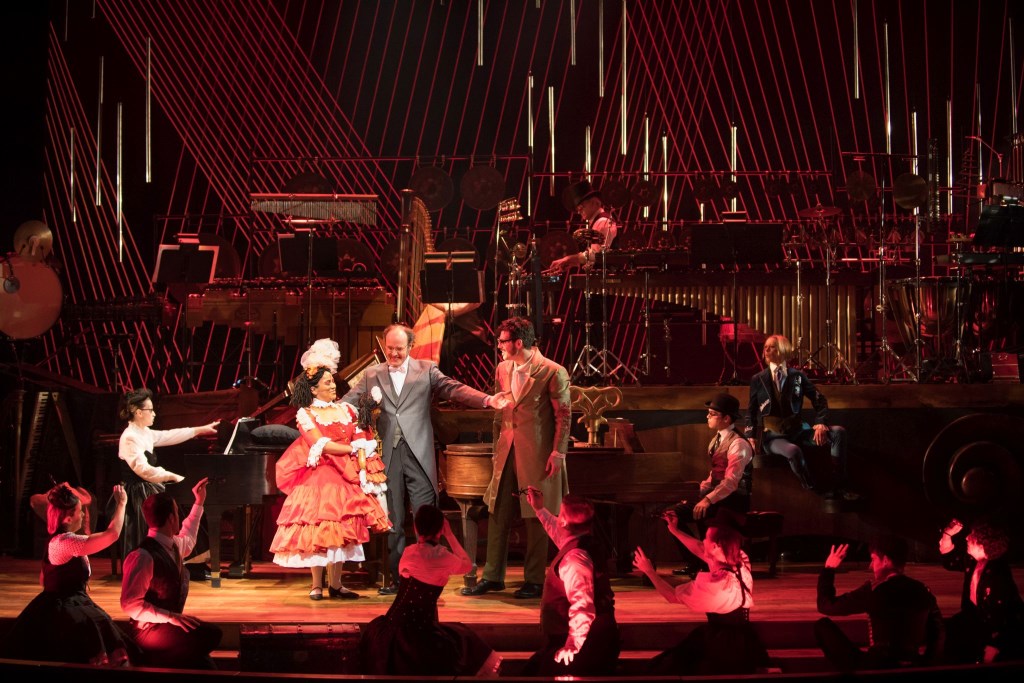 The cast of The Tales of Hoffmann in rehearsal for a scene from Skylight Music Theatre’s production in association with Milwaukee Opera Theatre, March 16-29 on the Cabot Theatre stage. Photo by Mark Frohna.

Intellectually and theatrically, it is hard to imagine a more stirring debut as Skylight Music Theatre associate director for Jill Anna Ponasik, director of Milwaukee Opera Theatre. The two groups’ forces have combined on the Cabot stage for Offenbach’s The Tales of Hoffmann through March 29.

She has done more than trim the original and rethink its time and spaces. The sung recitative is now dialogue. The tavern setting is more like a crowded music room with hidden doors, a garret corner and, if need be, a river on which stagehands like gondoliers push the soprano in one cart and the mezzo on a bass fiddle in the other, gliding past each other in intimate tempo with the famous Barcarolle (as this Offenbach duet is often known).

The stage’s long second level is basically a maniac’s delight for percussionist Michael (Ding) Lorenz and stationary harpist Rebecca Royce. They and the two pianists onstage, music director Kerry Bieneman and her assistant Josh Robinson, make us feel they are all that is needed for this rollicking, lyrical Offenbach excursions into romance and the macabre.

That’s quite an achievement. Coming from a night with the Florentine Opera and the full Milwaukee Symphony using four Hoffmann pieces in a concert called “Viva Opera!”, I was struck by how powerful and inventive the musical blend was without the full orchestra and how the dramatics had returned to center stage at the Skylight. Make no mistake, I love symphonies, but this was about more than reducing the ensemble’s size, it was a deliberate choice to match the vision.

It is as if a modernized theater production had been melded with the classical demands of opera, in music that uses up sopranos as if they were after-dinner mints and loads more tenor outings on the poet Hoffmann than most soloists confront in a full season. And it has the performing tenor who physically and vocally can handle the excessive emotion, John Kaneklides.

In recounting the three lost loves in Hoffmann’s life – a windup doll, a frail beauty who literally dies singing and a courtesan who seduces and abandons – Ponasik has re-imagined an opera that has always been mighty in melody and confusing in its fantastical elements. Here Hoffmann’s mezzo muse, a wonderful Diane Lane, forces him to recount the adventures as if amid an unfolding traveling troupe. Pianos become platforms, even hiding a ghost. The three loves reappear as the three sorcerer-like fiends who betray Hoffmann.

The staging methods seem both home-made and thoughtfully aesthetic. Costumer Sonya Berlovitz has imagined fanciful witches and ethereal temptresses, her designs only flagging when Ponasik’s sense of adventurism weakens. Which it occasionally does.

The music and theatrical highs dominate, but there are moments when the blend of styles (naturalist and grotesque) doesn’t quite work. The times we see Hoffmann actually making a spectacle of himself and the ways his dreams are destroyed don’t fulfill the powerful buildups in the storytelling.

It is hard to imagine Hoffmann better sung or more passionately embodied in Offenbach’s lyrical flights. But as a character Hoffmann has always been difficult to accept as a dreamer more than a fool. Kaneklides looks the poetic part and moves gymnastically in the scenes, with even a dangling lock of hair to hint at his bohemian nature. But the switch to dialogue sometimes leaves him sounding like a New York street kid in contrast to the mature phrasing within his singing. Despite these reservations, his presence is still one of the musical high points of the season.

Another highpoint is Lane’s mezzo, almost an academic class in how to float with and over a series of sopranos. She adopts an aggressive tomboy acting style but can also creep out from the wings and dominate a scene.

Each of the lead sopranos, impressive in their diva outings, slyly returns as figures of evil.

As Olympia the windup doll, Cecilia Davis is handed a most famous demanding aria and yet the funniest possibilities for movement — simultaneously awesome in high notes and scary in behavior. She makes the difficult music putty for the comedy.

Save some bows for Susan Wiedmeyer as Antonia in a demanding series of arias and death throes, including a most memorable presentation of a soprano trio that includes her, Davis returning as an evil doctor and Carol Greif as her deceased mother.

Bow again to the versatile Ariana Douglas, a bug-eyed nasty Coppelius in the first tale who returns in the finale as the seductress Giulietta, warm center of a famous mash-up of Offenbach melodies.

There is a busy supporting cast and chorus, led by Brett Sweeney as a dense would-be singer and curtain speaker Jean Broekhuizen as the cleverest singing reminder Milwaukee has seen about silencing your cell phone and unwrapping your candy. More invention in acting choices would have helped Edward Lupella and Doug Clemons, though the singing throughout was solid. The integration of the instrumentalists into the proceedings proved essential to Ponasik’s vision and enjoyable for the patrons in both visual and musical fascination.

Offenbach’s music is so beautiful that many productions don’t dwell so deeply on the bizarre romanticism and fateful duplicity of life that inspired the original, knowing the glory of the music will excuse gaps in the story elements. Opera tends to do that anyway. But the Skylight has bothered to suggest dimensions of humanity in the piece as well as in the score. It doesn’t all work, but it is totally intriguing.

The Tales of Hoffmann Gallery 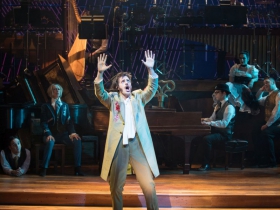 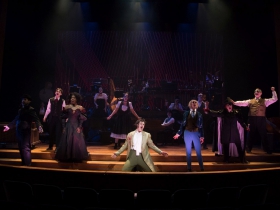 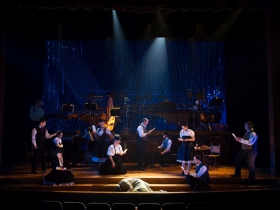 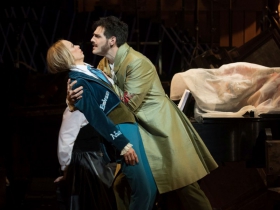 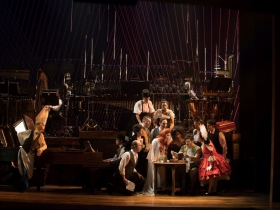 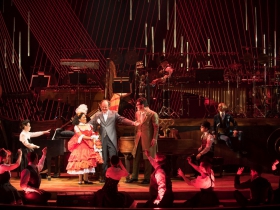