The wearing of the green by 140 politicians, local celebs, floats, bands and dancers. 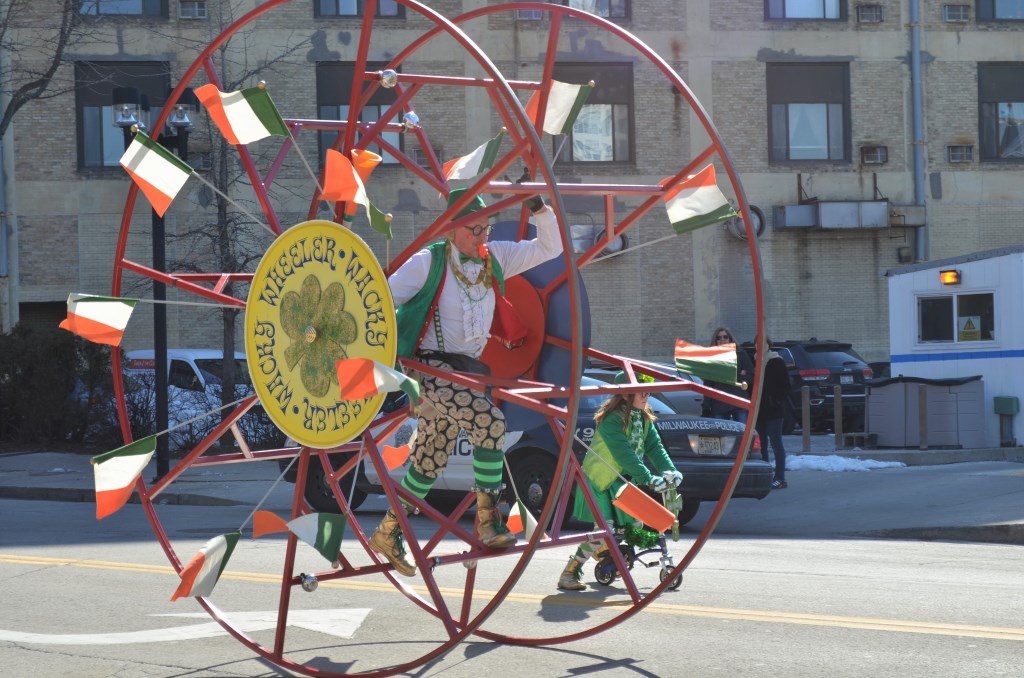 Over 140 politicians, local celebrities, floats, bands, dance groups and more snaked their way from the Shops of Grand Avenue to the corner of E. Highland Ave. and N. Water St., according to the parade’s official website. The Irish pride could be felt throughout the parade thanks to appearances from Trinity Irish Dancers, Kinsella Irish Dance, Emerald Society of Wisconsin, Irish Wolfhounds of Wisconsin, among many other groups. Most of the organizations and people in the parade were more than happy to wear the green, white, and orange, further contributing to the atmosphere.

The parade saw appearances from other cultures as part of a showcase of all the ethnic festivals happening in Milwaukee. Wisconsin Scottish came decked out in broadswords and kilts to promote the Highland Games and the Mexican Fiesta group came dancing with flowery dresses and Day of the Dead-inspired makeup and masks.

Such bands as the 484th Army Reserve Band and the Tripoli Scottish Highlanders Pipes & Drums provided some lovely tunes to enjoy. And we can’t forget about Whistles on Wheels, a delightful little organ playing songs on its own in an ornate, red cart. We also got to see some deft stunts from the Wacky Wheeler as he rolled across the street in his giant wheel while the Muskego Lions Club drove by in “Road Boats.” Sure, twas a lovely parade.

The Milwaukee Chapter of the Friends of St. Patrick in partnership with the Ancient Order of Hibernians and the Hunger Task Force collected food as they made their way down the parade route. Volunteers pushed grocery carts as parade spectators gave them non-perishable food items.

Our photos capture all the Hibernian hoopla. 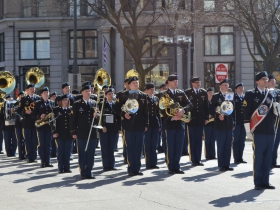 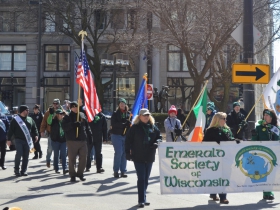 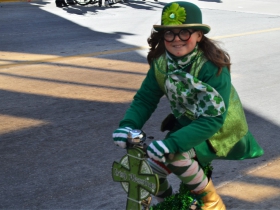 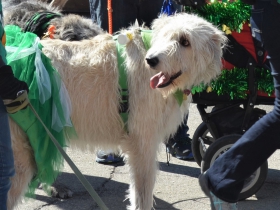 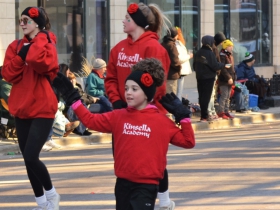 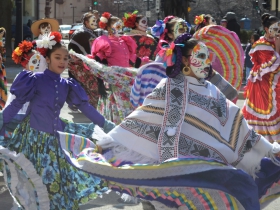