Red Tie in the Sky Gala

Salvation Army raises money -- and a crowd -- for its program to help the homeless. 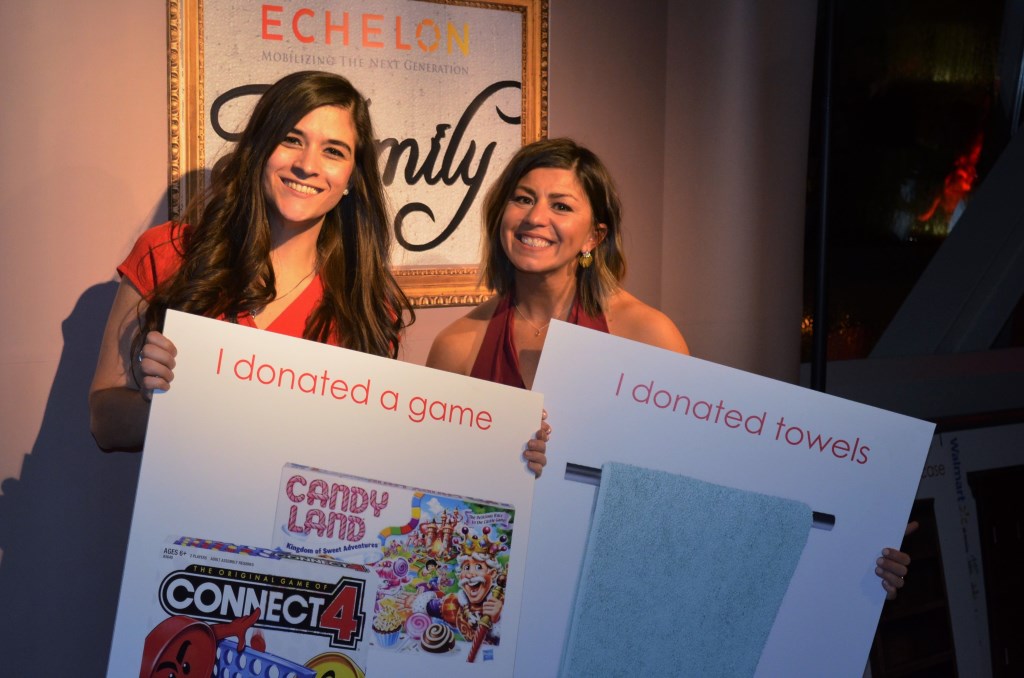 Red Tie in the Sky Gala. Photo by Jack Fennimore.

The Salvation Army, and members of its Echelon Milwaukee group, donned their red bow ties for the first annual Red Tie in the Sky Gala.

The “sky” part was the location for the gala: on the skywalk over the Milwaukee between the Chase Building and ASQ. Rachel Idso, a member on the leadership board for Echelon Milwaukee, told Urban Milwaukee that almost 150 people came to the gala. She said that Echelon Milwaukee had a great time and plans to extend the hours for next year.

The proceeds from the gala will go towards Echelon Milwaukee’s Meaningful Makeover project in April. The project renovates some of the rooms of the Salvation Army Milwaukee County’s homeless shelter known as the Emergency Lodge. The project will also give makeovers to the residents, with barbers volunteering time to give haircuts to male residents while female residents are sent to a salon. The project also brings in new clothes for residents and helps them with resumes and job interviews. “Just all around do a makeover of their space, themselves, and hopefully their spirits,” said Idso. Some of the guests at the gala were directly impacted by the Meaningful Makeover — from program volunteers to shelter residents.

Idso noted that the Emergency Lodge is the only 24-hour homeless shelter in Milwaukee. Other homeless shelters don’t allow people to stay during the day, which can be a problem for people who work third shift.

In addition to food, drinks, a silent auction and music by DJ Four7, the gala had games for people to play such as giant Jenga, or the Hammerschlagen in which people hammer nails into a stump. Not only were the games fun, but they were meant to symbolize the values and “hands-on feel” of Echelon Milwaukee and the Meaningful Makeover, Idso said. In addition, the gala’s decorations used spray paint cans from Sherwin-Williams, which donated all the paint for the rooms the project will make over. There was also a station where people could donate items such as towels, board games, furniture and more.

Echelon Milwaukee is a local chapter of the National Young Adult Auxiliary of the Salvation Army, according to a press release. It is made up of over 50 young professionals who support the Salvation Army and its goals of providing shelter, food, clothing, counseling and other services to the homeless. The program also provides opportunities for volunteers to engage with the organization through fellowship, networking, professional development, fundraising and more. 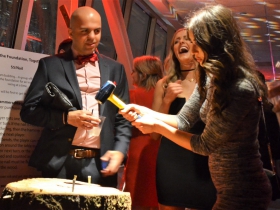 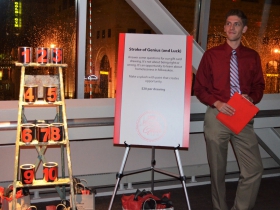 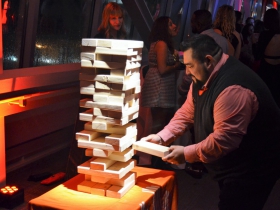 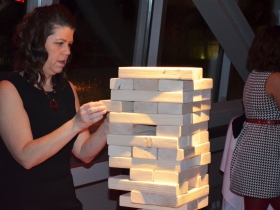 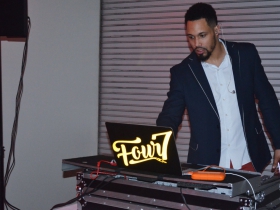 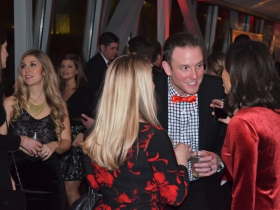 One thought on “Photo Gallery: Red Tie in the Sky Gala”