A Hostel for Riverwest 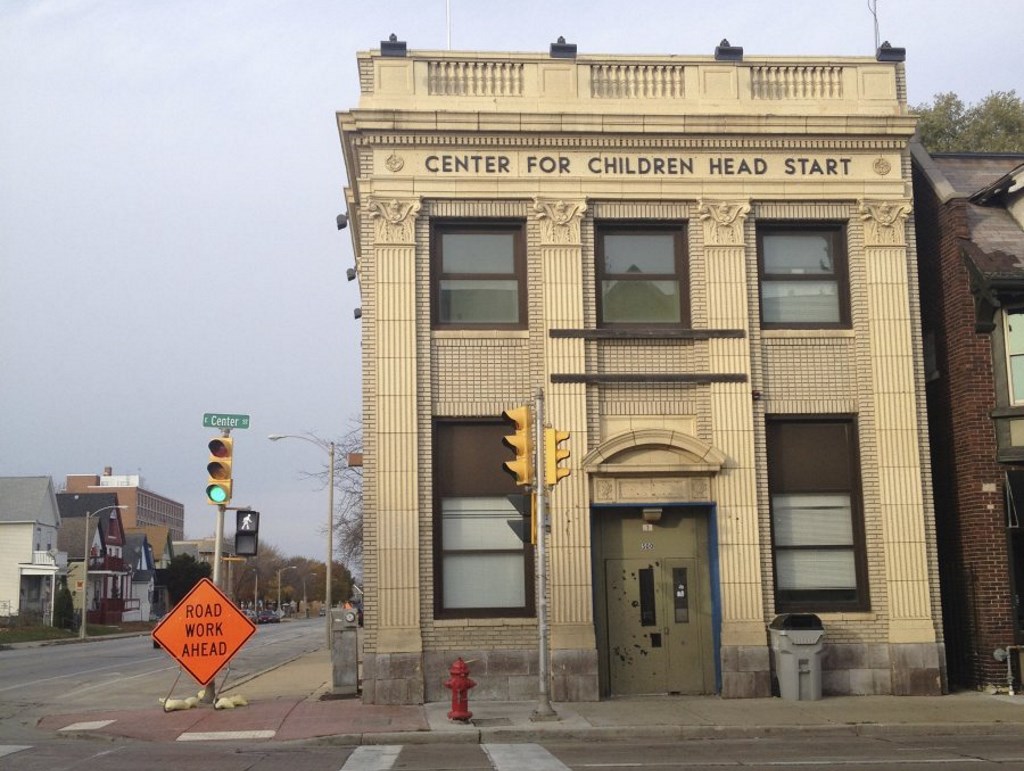 Could Riverwest become a hotbed for tourism? Well, at least it could be a place with 41 new beds for young tourists.

Developer Juli Kaufmann wants to bring a travelers’ hostel to Riverwest, and is partnering with Carolyn Weber, owner of Coast In Bikes, on the project. The pair have set their sights on a two-story former bank and also former Milwaukee Public Schools Head Start facility at the corner of E. Center Street and N. Holton Street.

The pair envision a hostel with 41 bunk-beds, reports Tom Daykin of the Milwaukee Journal-Sentinel, a typical hostel-styled accommodation that eschew privacy in a manner that reminds one of college.

If the Milwaukee Common Council gives them the go-ahead, the duo will pay $150,000 for the building, Daykin reports, and will invest $1 million in the project.

The building’s address is 500 E. Center St. And the developers reportedly believe the location, right on membrane between the Harambee and Riverwest neighborhoods, will offer ease of access to Downtown as well food and entertainment in the two neighborhoods.

Center Street alone has a lot to offer. The hostel would be just down the street from Mad Planet, a club with live music and DJ offerings. And a few blocks east on Center there are local favorites like High Dive, a bar whose name drips in punny-irony. There’s also Fuel Cafe, which may confuse traveling newcomers with their neon “Lousy Service” sign. And there’s Company Brewing, a brewpub that has become a popular place for quality food and beer — and live music. It’s been attracting a crowd from all over the city. Once, this writer even spotted UW-Milwaukee chancellor Mark Mone there. Also, with proximity to some some choice urban fishing holes on the Milwaukee River, A&C Live Bait shop on W. Center St. will have this potential attraction covered minnow-wise.

New Senior Living on the East Side

Despite a contentious debate over the quality of the stucco, a mediterranean themed senior living facility proposed at the site of St. Rita’s Church on the East Side is making its way through the city’s approval process.

The developer James A. Tarantino (a fine name for a project reviving the neighborhood’s Italian roots) wants to build the 118-unit facility complete with a new church – look out Milwaukee Catholic Home. The development would comprise about half a city block bounded by N. Van Buren St., E. Kewaunee St., N. Cass St. and E. Pleasant St, as Jeramey Jannene has reported for Urban Milwaukee.

Tarantino would buy the property for $1, demolish the existing structures, build the new ones, then sell the church back to the Catholic Archdiocese of Milwaukee, also for $1. The new church is inspired by another place of worship in the Third Ward that was called “The Little Pink Church”, with an Italian congregation, that was demolished to make way for Interstate 794, he writes. And the new church will incorporate stained-glass windows from the original St. Rita’s as well as artifacts from that little pink one.

Tarantino proposed a stucco facade made from the same material typically used on big-box stores and fast food joints. Members of the City Plan Commission were skeptical of the plan and questioned the material’s durability.

The alderman for this neighborhood, Nik Kovac said he and staff from the Department of City Development asked the developer to at least remove the stuff from the street-level facade. A request to which Mr. Tarantino yielded. Grazie Mille, Tarantino.

Corrinne Hess of the Milwaukee BizTimes is reporting that three groups from the Milwaukee area pulled in a combined $79 million in New Market Tax Credits. Whoa!

These credits were part of the single largest round, worth $3.5 billion, of tax credit awards ever issued by the U.S. Department of the Treasury’s Community Development Financial Institutions Fund, Hess reported.

First-Ring Industrial Redevelopment Enterprise, based in West Allis, was awarded $34 million in credits (though this group typically passes on the credits to the actual developer). Milwaukee-based Waveland Ventures LLC received $30 million in tax credits and FirstPathway Community Development garnered $15 million in credits.

According to the Wisconsin Housing and Economic Development Agency, these tax credits are used to “enhance financing for projects in highly distressed areas throughout Wisconsin that have demonstrable community impact.”

Construction of the Vue Apartments in Bay View is nearly complete. The five-story building at 2202 S. Kinnickinnic Ave. comes in at 69 units and a $9.5 million investment. Jannene reports that rent for studios and one bedrooms will be between about $900 and $1500 a month. And in real estate crime news, an East Side woman has been indicted on charges of wire fraud and making a false statement to the Social Security Administration. Milwaukee Journal Sentinel investigative reporter Raquel Rutledge reported that she failed to disclose $4 million in real estate holdings when she applied for supplemental security income. Urban Milwaukee’s Michael Horne offered a House Confidential on her home on N. Shepard Ave. and found a historic angle on the home of this accused criminal: the impact a glacier, which has been gone for millennia, had on the home’s foundation.

5 thoughts on “Plats and Parcels: A Hostel for Riverwest”