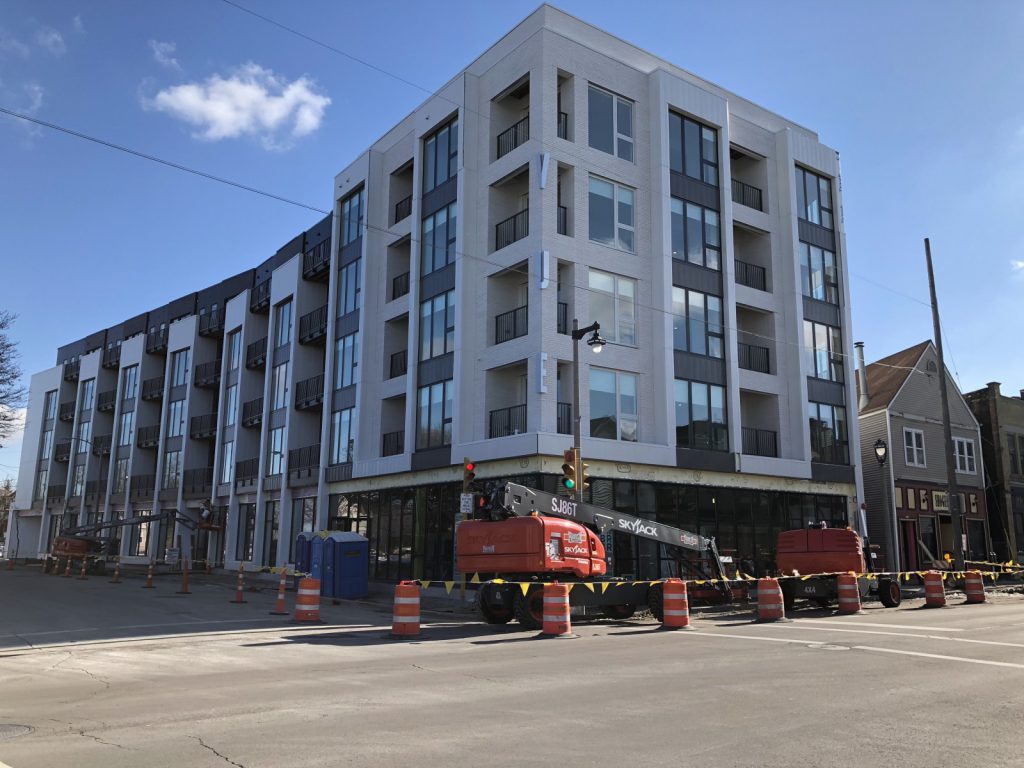 The Vue Apartments building is nearly complete on the north end of Bay View.

The $9.5 million, 69-unit project is being designed by Joel Agacki of Striegel-Agacki Studio. Catalyst Construction is serving as the project’s general contractor.

Studio apartments, listed as available now, rent for $900 to $1,185 a month. One-bedroom apartments, available March 1st, rent for $1,450 to $1,470 per month. An Apartments.com property listing touts one month free with a 13-month lease.

The project includes 73 parking stalls located underground and on the first floor, available to tenants for $110/month. Those floors are built from concrete, while the floors rising above are wood-framed.

Dermond acquired a 22-stall, city-owned parking lot to create the eastern portion of the site. Under the terms of the acquisition, the developer was required to build a new 13-stall parking lot just northeast of the building at an estimated cost of $200,000. That parking lot is now open.

We last covered the project in August 2017. 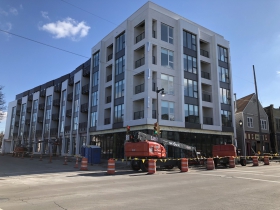 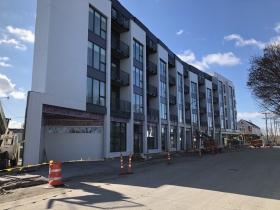 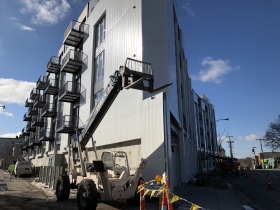 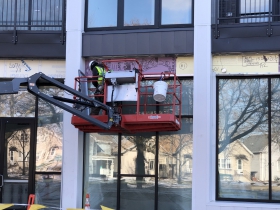 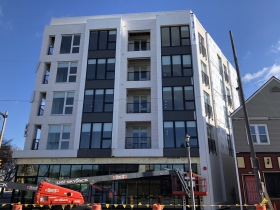 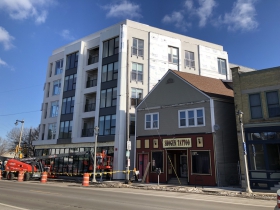 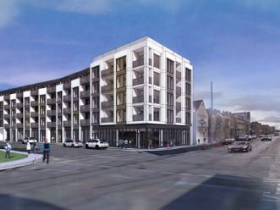 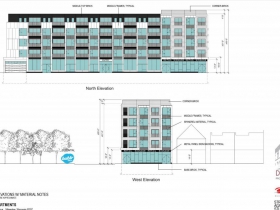 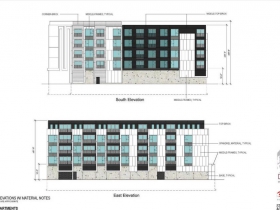