Percent of residents biking or walking to work more than double state average.

By Carolyn Dvorak, Bike Federation of Wisconsin - Feb 15th, 2018 02:47 pm
Get a daily rundown of the top stories on Urban Milwaukee 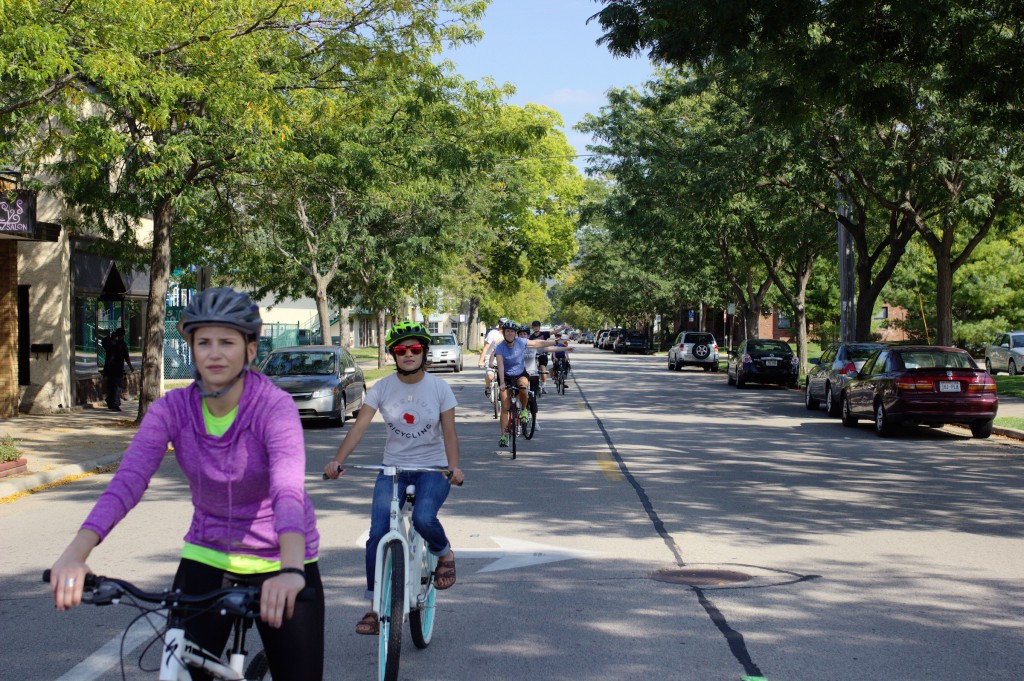 The US Census Bureau has released its American Community Survey data for 2016. The City of La Crosse continues to show improvement and exceeds the state average of workers who choose to walk or bike to work. La Crosse has seen significant growth in these target categories as it implements its Bicycle and Pedestrian Master Plan. The result is hundreds of more individuals traveling to work using something other than an automobile. These statistics are encouraging for residents and elected officials who are considering alternative transportation options in our city. 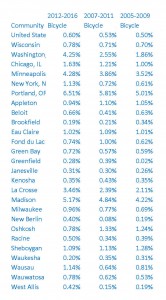 The survey data for five-year average from 2012-2016 indicates 3.5% of La Crosse employees bike to work, and 9% walk. Both walking and bicycling have been increasing for some time, with the number of people riding bikes for transportation increasing almost 50% since 2010. The state average is only .78% for bicycling and 3.26% for walking. The survey does not represent non-commuting trips such as for shopping, visiting friends, going out for dinner, recreation, or any of the many other reasons people ride bicycles other than commuting to work. The statistics also do not account for trips by non-workers such as retirees or children under 16. Madison tops out the list of major cities at 5.17%, while Milwaukee trails with 0.96%.

Current work from the Bicycle Pedestrian Master Plan includes the first La Crosse Neighborhood Greenway on 17th Street between Farnam and King Street. Curb bump outs and minature traffic circles were installed at a couple of  intersections before work stopped for the winter. When work resumes in spring, the remainder of the project will include a pedestrian refuge island at Jackson Street and bike route signs.

Recommendations from the master plan include four more Neighborhood Greenways. King Street has made the most progress on a design for the project. The intersection of King Street and West Avenue presents the biggest challenge. West Avenue is a state highway with two lanes in each direction without a pedestrian refuge island or any  high visibility treatment. The difficult crossing has stalled progress. Although there have been recommendations, including eliminating left turns and installing a pedestrian refuge with cut throughs for pedestrians and bicyclists, the discussion has stalled. 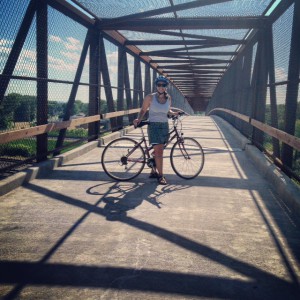 The Bud Hendrickson Bridge and Trail was completed in 2015 crossing over the BNSF  rail yard between North Salem Road and Oak Street. It connects to a mile of paved trail through the upper North Side neighborhood, allowing riders to get from Onalaska to La Crosse. This connection will be part of the first regional bike route to be marked with Bicycle Route #1 signs this spring. Discussions are underway about which bike routes will be marked next.

Another important project that will be wrapping up this spring is the VIP Trail Extension. It will connect the neighborhood west of South Avenue to the Gundersen VIP Trail. This trail will help people avoid South Avenue, another state highway which does not have any accomodations for bicycles.

As La Crosse continues to work on the difficult corridors that bisect the community, we continue to see an increase in numbers of people walking and biking. This is likely due not only to the dedicated work of the community, but also to the compact city that is located in a very flat section between the bluffs on the east and the Mississippi River on the west, making travel within the city very convenient.