If this was an old-fashioned race for state Supreme Court, Rebecca Dallet would be the obvious front runner.

Traditionally such campaigns were all about experience and endorsements and the Milwaukee County Circuit Court Judge leads in both categories.

“No candidate has more experience, not just as a judge but in a courtroom,” Dallet notes. “I have handled more than 10,000 cases (in ten years) as a judge and 300 jury trials as judge or prosecutor.” 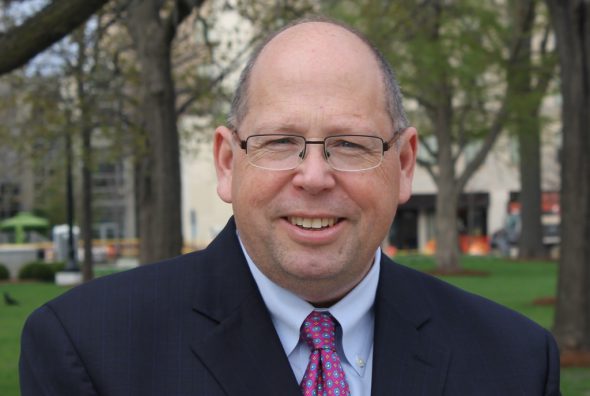 As for endorsements, Dallet notes she has won the “overwhelming percent of political endorsements” in this race, including “175 judges from all over the state.”

But Dallet’s lead in experience and endorsements is oh-so-20th century. In this century, Wisconsin stands as one of the most politically divided states in America, where court races have increasingly been driven by massive spending by uber-partisan groups, led by the conservative Wisconsin Manufactures & Commerce and Wisconsin Club for Growth, and the outspent and liberal Greater Wisconsin Committee. The result is a 5-2 conservative advantage on the court whose decisions Dallet and Burns both criticize, but Burns far more vociferously.

“The Wisconsin Supreme Court is slanted in favor of concentrated wealth and concentrated business and against unions, small businesses and small farms,” he charges. “I think the court is Governor Scott Walker’s rubber stamp.”

Screnock isn’t likely to change the court’s approach. He was a Walker appointee and worked for the Michael Best & Friedrich firm in Madison where he helped create the 2010 legislative redistricting now being challenged in the courts as unconstitutional gerrymandering and helped defend the anti-public union law, Act 10, before the Wisconsin Supreme Court. He says he shares the same judicial philosophy as retiring Justice Michael Gableman, who is the closest thing to a Walker rubber stamp as can be found on the state high court. Screnock will likely garner most of the votes from conservatives and Republicans in the primary election (on February 20), leaving Burns and Dallet to fight for the rest of the electorate.

Burns’s approach is unique, essentially conceding the state is a partisan hotbed and portraying himself as the “progressive” candidate in the race who has regularly supported Democrats in political races. He bashes Gov. Walker’s “extreme agenda” and makes clear he supports strong unions while criticizing the state’s leadership for “gerrymandering” political districts, “restricting voting” through voter identification laws and charging that the judicial system fails sexual harassment victims.

Because President Trump is “packing the courts with right wing idealogues,” he tells Urban Milwaukee, “we can no longer count on the federal courts to protect our basic rights, such as workers’ rights, civil rights, LGBTQ rights, and reproductive rights. Increasingly, we will need to turn to state courts.” 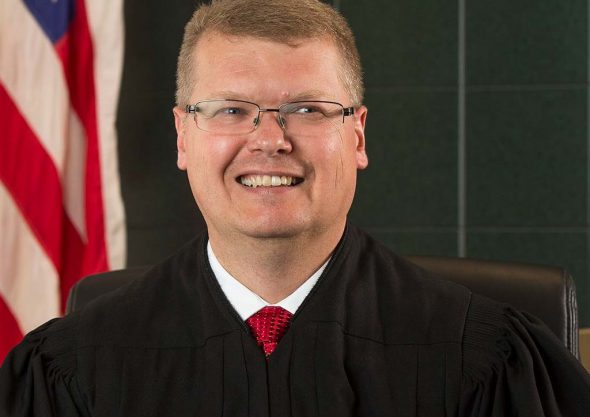 Both Screnock and Dallek have criticized Burns for running more as a political candidate than a judge.“I think if someone takes positions on issues openly in a political matter… and then (a) case comes before that justice who has made statements about those exact issues … there, at the very least, is a sense from the litigants that … they are not getting a fair shake, that they are getting someone who already made up their mind,” Dallet said at a judicial forum last August.

But whether in response to Burns or to a political climate that looks increasingly anti-Trump and pro-Democrats, Dallet seems to have adjusted somewhat in her campaign comments since August. “Just look at our president and you have to worry about equal protection under the law,” she tells Urban Milwaukee. “Women are under attack. We have to protect our environment.”

And she accuses the Wisconsin Supreme Court of judicial activism. “Activism comes far more from the conservative camp. I believe people like Screnock who say they don’t want to legislate from the bench have been more activist as judges.”

Both Burns and Dallet had challenging childhoods. Burns grew up in rural Mississippi, the son of parents who never finished high school. Dallet grew up in Cleveland, “raised by a single mom who worked hard and taught me the value of hard work,” she says.

But Dallet went immediately into public service after getting her law degree, with eight years in the Milwaukee District Attorney’s office and three as assistant attorney for the U.S. Attorney’s Office, followed by ten years as circuit court judge. A key lesson for her was working under longtime District Attorney E. Michael McCann. “What I learned and loved about that was it was always about doing the right thing. If I didn’t think it was right to prosecute a case I could drop it.”

Burns, by contrast, went into private practice, and currently is a partner at Perkins Cole LLP, a Seattle-based firm with offices in several states (he now is based in Madison), for whom he built a national practice litigating against insurance companies for corporate clients and consumers (the latter through class action suits). “The insurance industry touches on every aspect of our economy and our lives,” he says. “It’s a real window into how the economy works.”

Both candidates criticize the high court’s decision to uphold Act 10 and curtail public union collective bargaining: “blatantly unconstitutional” on due process grounds, says Burns; “the court got it wrong” and the law violated “the freedom of association,” says Dallet.

Both criticize the court for refusing to create a recusal rule. Burns favors a rule proposed by 54 retired judges requiring a justice to recuse if a party to case donated $10,000 or more to his or her campaign. Dallet criticizes the court for refusing to even hold a hearing on the matter and says the proposal by those judges “may be what we end up doing, it’s certainly a starting point.”

Dallet blasts the high court’s decision shutting down the John Doe probe of illegal campaigning: “an awful decision. They shut down an investigation to protect their political allies.”

They have also taken aim at each other. Burns criticizes Dallet for endorsing the reelection of conservative Pat Roggensack, now Wisconsin’s Chief Justice. “We don’t need more friends of Scott Walker in this race.”

Dallet notes she didn’t contribute money to Roggensack, whereas she did donate to the reelection of liberal justice Shirley Abrahamson.

Burns notes a story by Gannett found Dallet was one of the harshest judges in the state when it comes to sentencing. But Dallet responds that she has handled some of the state’s toughest cases, serving in courts handling homicide and sexual assault court, domestic violence and child abuse, the gun court and felony drug court. She adds that “I have overwhelming support from criminal defense lawyers.”

As for Burns, Dallet notes: “His clients are giant corporations. He won’t say who his clients are. We don’t know if he will have to recuse himself on cases involving some of those clients.”

Burns is the wealthiest of the three candidates, but makes it clear he expects to be outspent, and has been. Dallet, in fact, has already raised nearly a half million dollars, more than the other two candidates combined.

Her campaign has attracted 1400 campaign donations, she notes, and she expects the race will ultimately require her to raise at least $1 million.

Whichever candidate faces Screnock in the April general election, they are likely to face an onslaught of dark money spent by conservative groups on negative ads. In this century, anyone who runs statewide must expect such attacks.