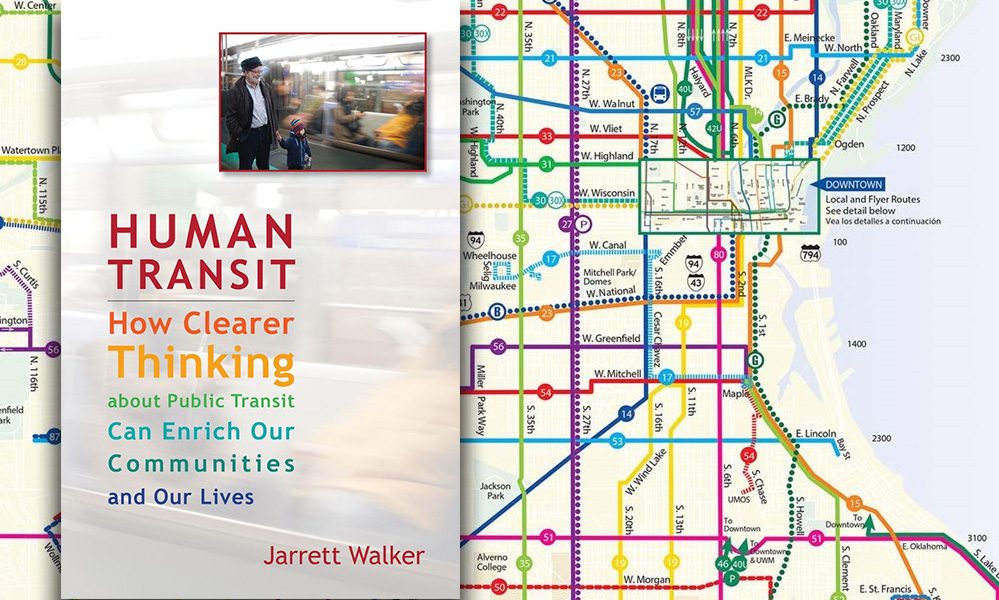 It’s back! After taking 2017 off, the Urban Milwaukee Book Club is back for another year. We’re kicking the year off discussing Jarrett Walker‘s seminal work Human Transit. Walker, a Portland-based transit planner, examines everything necessary for the creation of a successful transit system, from system design to public policy.

The 256-page book was first released in 2011, and is frequently cited by transportation advocates and planners. Walker got a chance to implement his policies in the real world when he was a consultant on the 2015 redesign of the Houston bus system.

Walker recently gained international attention when Tesla founder Elon Musk tweeted “You’re an idiot” at Walker in response to Walker’s criticism of Musk’s statements regarding public transit and its riders.

Come for discussion and a social hour on Monday, February 19th at Garfield’s 502, at 502 W. Garfield Ave., from 6 p.m. to 7:30 p.m. All are welcome to attend, the discussions are informal and open-ended. If you don’t finish the book, don’t worry. Come to listen, learn and engage.

The book is available from Amazon, the Milwaukee Public Library, and book stores everywhere.