How can cities like Milwaukee break down ethnic and racial barriers? Our book club considers. 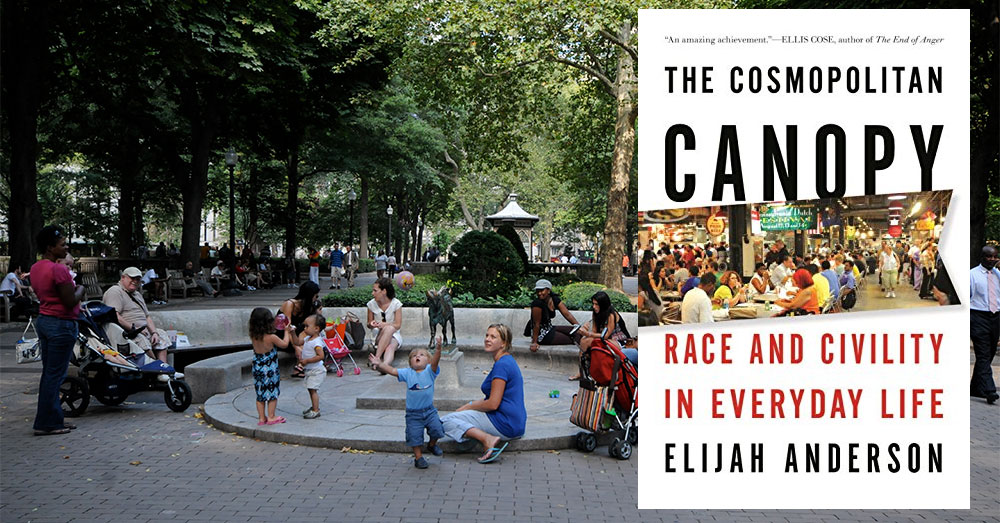 Much has been made of Milwaukee being one of, if not the most, racially segregated cities in the country. And yet a quick glance at a map of resident ethnicity confirms there are a number of places where diverse populations mix. Yale professor Elijah Anderson explores these places where people of all backgrounds peacefully coexist and rub elbows in his book The Cosmopolitan Canopy: Race and Civility in Everyday Life. Anderson draws on Philadelphia for his inspiration, but the examples he cites have direct corollaries in Milwaukee.

What can be done to expand these spaces? Why do they still fail? How do we break down barriers to create a less segregated city? We’ll discuss the places Anderson examines, including parks, transit stations, malls and public markets, as a way to look at better designing places for everyone.

Come for discussion and a social hour on Monday, December 12th in the backroom of My Office, 763 N. Milwaukee St., from 6 p.m. to 7:30 p.m. All are welcome to attend, the discussions are informal and open-ended. If you don’t finish the book, don’t worry. Come to listen, learn and engage.

The book is available from Amazon, the Milwaukee Public Library, and book stores everywhere.

Elijah Anderson is the William K. Lanman, Jr. Professor of Sociology at Yale University. He is one of the leading urban ethnographers in the United States. His publications include Code of the Street: Decency, Violence, and the Moral Life of the Inner City (1999), winner of the Komarovsky Award from the Eastern Sociological Society; Streetwise: Race, Class, and Change in an Urban Community(1990), winner of the American Sociological Association’s Robert E. Park Award for the best published book in the area of Urban Sociology; and the classic sociological work, A Place on the Corner (1978; 2nd ed., 2003). Anderson’s most recent ethnographic work, The Cosmopolitan Canopy: Race and Civility in Everyday Life, was published by WW Norton in March 2012. He is the 2013 recipient of the prestigious Cox-Johnson-Frazier Award of the American Sociological Association.

Dr. Anderson has served on the Board of Directors of the American Academy of Political and Social Science and is formerly a vice-president of the American Sociological Association. He has served in an editorial capacity for a wide range of professional journals and special publications, including Qualitative Sociology, Ethnography, American Journal of Sociology, American Sociological Review, City & Community, Annals of the Society of Political and Social Science, and the International Journal of Urban and Regional Research. He has also served as a consultant to a variety of government agencies, including the White House, the United States Congress, the National Academy of Science and the National Science Foundation. Additionally, he was a member of the National Research Council’s Panel on the Understanding and Control of Violent Behavior.

One thought on “Book Club: The Cosmopolitan Canopy”