Cafe on 92nd and Center also has breakfasts, lunches that will satisfy. 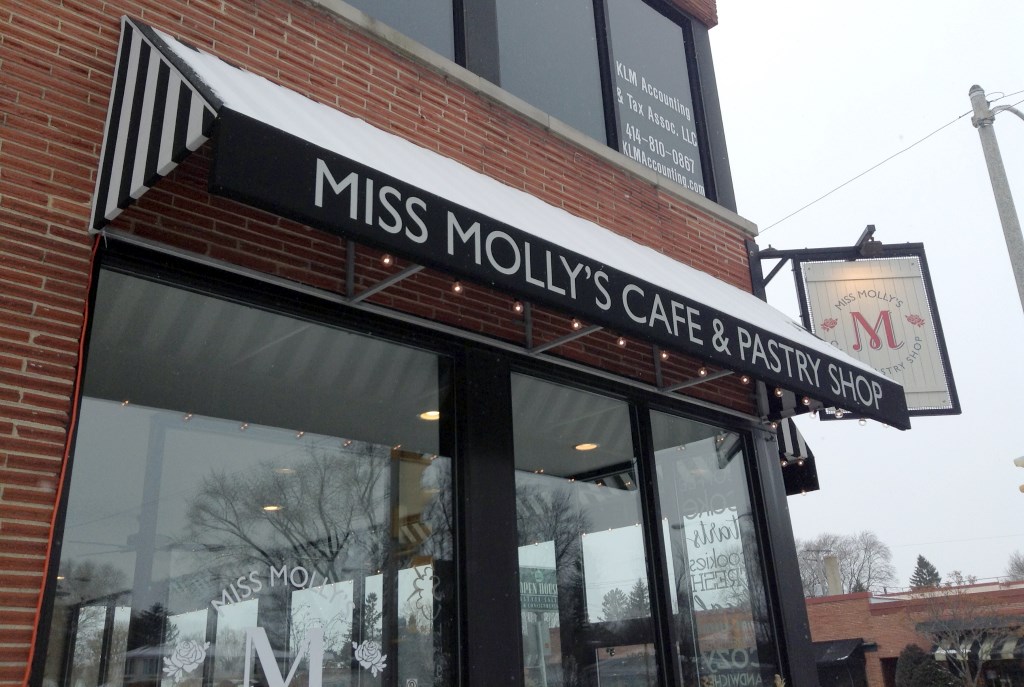 Miss Molly Sullivan, an accomplished pastry chef, knows how to bring alchemy to flour, butter, and sugar, as we noted while examining the pastry display at the front counter. She also makes a mean pie crust as we discovered on that icy January day.

The veggie Quiche du Jour had a flaky, buttery crust, one that only a gifted chef could pull off. The quiche stood approximately two inches high, a generous serving, but it could have used a little less time in the oven. Although it was slightly overcooked, that did not take away from the cheesy flavor mixed with chopped veggies making it overall, a decent quiche with a memorable crust.

The Veggie Strata, like the quiche, spent too much time in the oven. The flavor was there, just not the virtuoso timing needed to produce a perfect egg dish. Both were served with a small green salad.

Also on the Breakfast menu, and served with a side of fruit, are two panini choices, Egg and Avocado and Egg and Chicken Sausage, or you can order Bagel and Lox on a homemade rye bagel. Light eaters, or those seeking a healthful breakfast, will appreciate Ginger Almond Granola and Steel Cut Oatmeal.

A second visit took us into the lunch menu where Roasted Squash Soup with caramelized onions and sage left no doubt that the squash for that soup, which was thick enough to hold a spoon upright, came from a local farmer’s field. There were no fancy additions, just that pure butternut squash flavor heightened by frizzled sage — fried until crisp and a bit shriveled.

Chicken Chili, a mix of white beans, chicken, red pepper, and onion, tasted of cumin with a whiff of cilantro. The beans did not come from a can; they had body and character. However the thick chili needed more chicken, fewer beans.

There was no shortage of chicken in the Herb Roasted Chicken Panini, with cranberry ginger chutney, apple slaw, and arugula which added a peppery note to the sandwich. It came with multigrain chips and black bean, sweet potato, and red onion salsa, which could have doubled as a side salad had the chef put a pile on the plate instead of filling a teeny cup.

For a healthy meal, you won’t go wrong with Autumn Panzanella, Miss Molly’s take on this Tuscan salad, traditionally made with leftover bread and tomatoes. For her salad, Miss Molly combined cubes of sourdough bread with roasted beets, squash, kale, and pickled red onions. The bread had been soaked in olive oil and toasted, making irresistible little packages that oozed and crackled giving the salad a touch of Tuscan flair.

Although Rabbit Confit was listed on the menu under Lighter Fare, we found it enough for a generous lunch. Confit refers to a process of long slow cooking, usually in oil, and this rabbit was especially tender. Slices of roasted fingerling potatoes mingled with the meat and a dozen or more warm olives added texture, color, and piquant flavor to this unique dish. Only a missing slice of bread to soak up the leftover oil marred its perfection.

The pastries speak for themselves. Customers will see at first glance this is a place where pastry rules. The Chocolate-toffee Cookie, rich with chocolate, was like eating a Heath bar masquerading as a cookie. The Raspberry Tart wasn’t overly sweet, and the Sticky Pudding with its coat of caramel was moist, yet chewy from the caramel, a perfect sweet finale.

Because Miss Molly’s changes the menu with the seasons, some of the aforementioned dishes may not be available. However, based on several tastings, it’s clear this “Lady owner, locally grown” café holds high standards for fresh and tasty, and the pastries will please even the most fickle sweet tooth. 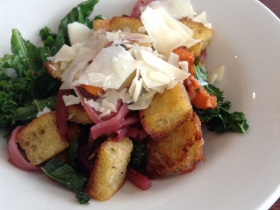 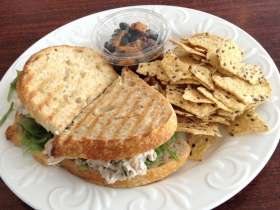 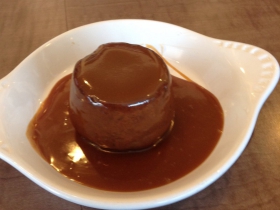 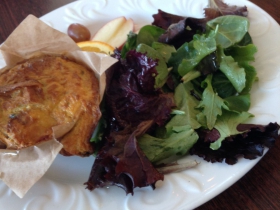 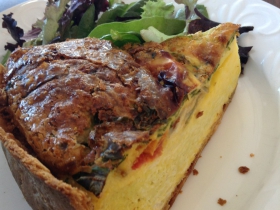 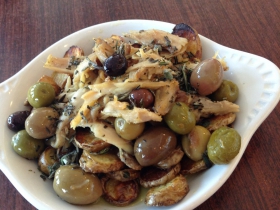 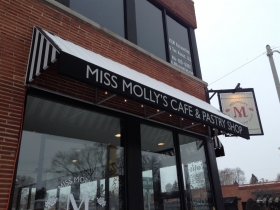 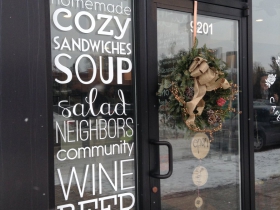 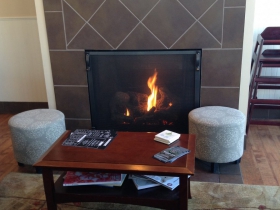 One thought on “Dining: Miss Molly’s Has Scrumptious Pastries”