Huge party at hotel and casino draws a crowd to rock in the new year. 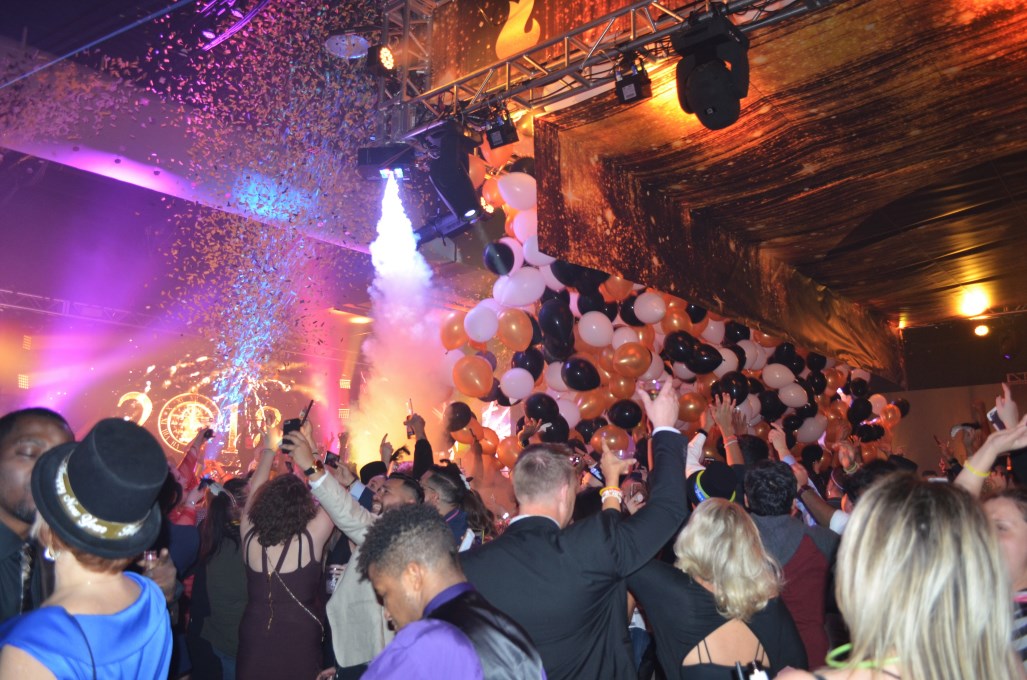 The event center of the Potawatomi Hotel & Casino was decadently draped in gold and black as the past year’s best hits blared through the crowded space. It was New Year’s Eve and Potawatomi celebrated in a huge way.

Potawatomi’s New Year’s Eve celebration went all out this year. Advertisements boasted of a 2,400-square-foot dance floor as well as Milwaukee’s largest bar (it was about as long as the width of the dance floor). The night welcomed four different DJs, two local and two from Chicago: DJ Bobby D, DJ Bobby Styles, DJ Goose and DJ King James. The floor was complete with huge LED projection screens and lights bathing everyone in blue and red. Those feeling lucky could head to the five or so blackjack tables off the dance floor. The Hotel & Casino also had extravagant dinner specials at five different restaurants.

Ten minutes before midnight, the massive LED projector played footage of popular movies and TV shows from 2017 along with sobering images of news events of the year including the aftermath of the Manchester bombings and Hurricane Harvey and Irma. A minute to midnight, a clock appeared helping guests count down to the new year before they were showered with balloons and confetti when the digital clock struck midnight.

This is the fourth year in a row for the New Year’s Eve party, said Potawatomi Hotel & Casino Public Relations Specialist Abby Miller. She said the event started in a small space between the hotel and the casino but they moved it into the event center as it continued to grow. She wasn’t able to provide exact numbers for attendance for this year’s event, but last year drew more than a thousand people and she expected a similar turnout.

Miller said the event has always welcomed DJ Goose as their “staple DJ.” The other DJs had a good reputation with party goers so Potawatomi welcomed them as well. When asked why they brought DJ Bobby D and DJ Bobby Styles from Chicago, Miller said that they wanted to bring people from a different market who could bring something new to the table (or is it turntable?) with their different personalities, style and musical tastes.

2017 was a big year for Potawatomi. They recently broke ground on an 180,000-square-foot second tower for the hotel, adding 119 rooms and suites for a total of 500 as well as a spa and extra meeting space according to a press release. $80 million has been invested in the project and it will add 50 permanent hotel jobs.

Potawatomi was also responsible for donating $1.15 million to 31 local children’s charities though its Heart of Canal Street program, making 2017 the fifth year straight that the program exceeded the $1 million mark in fund raising, according to a press release. The program began in 1994 and has since then raised over $18 million towards 580 donations to children’s programs, according to a press release. This year’s programs included ALS Wisconsin Chapter, Big Brothers Big Sisters of Metro Milwaukee, Muscular Dystrophy Association, the Ronald McDonald House and Discovery World.

When asked what Potawatomi’s New Year’s resolutions were, Miller said that they’re always looking to make the guest experience better overall in terms of efficiency, friendliness and accommodations.

Check out all the New Year’s Eve action captured in our photos: 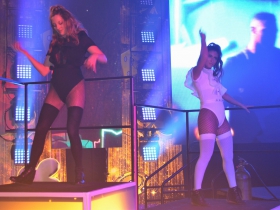 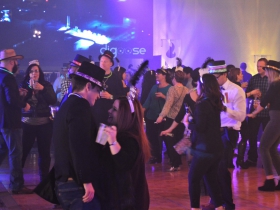 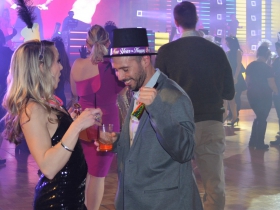 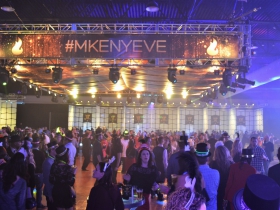 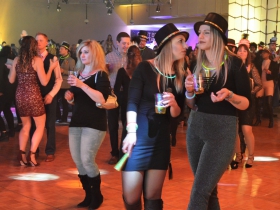 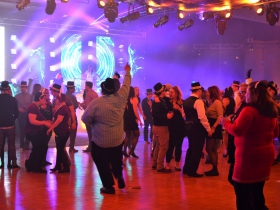