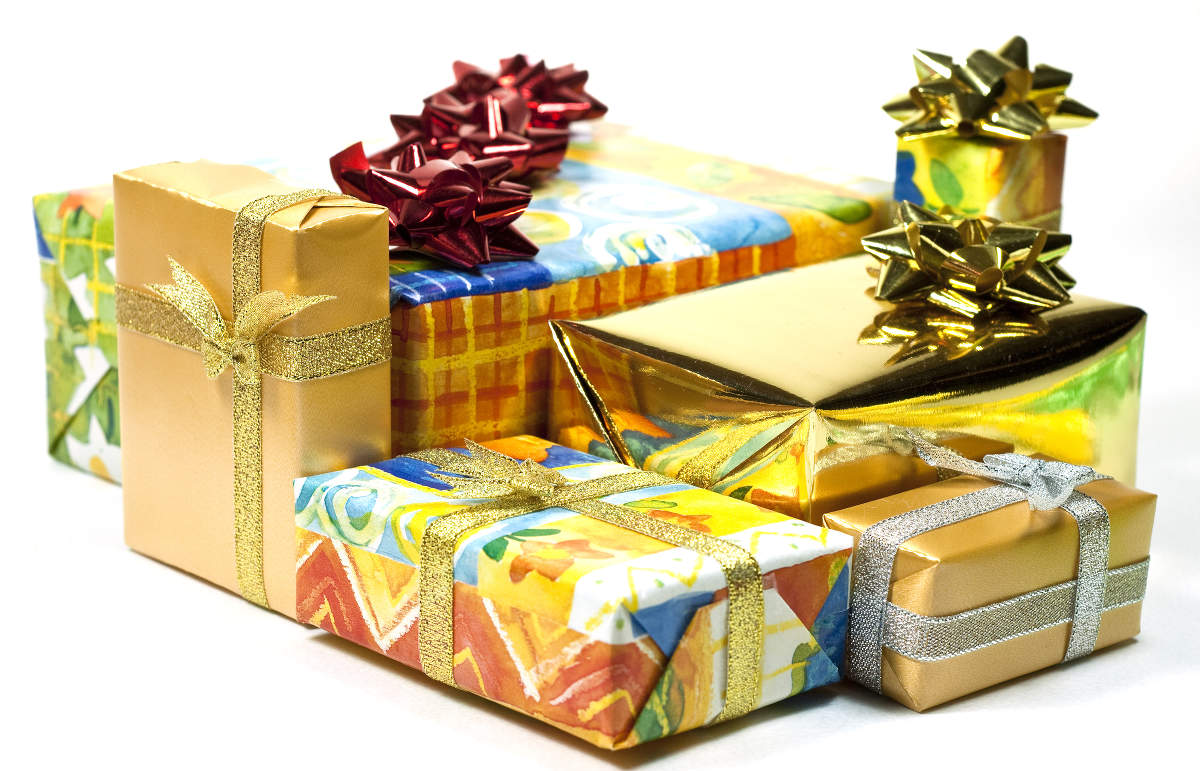 January 1970. Weeks after graduating from UW-Madison, you’re the cub reporter for the Dubuque Telegraph-Herald newspaper. Being a reporter pays you – $127.50 a week – for your insatiable curiosity. You typed your stories out, pasted the pages together and handed them to the city editor, who edited them with scissors and a thick black pencil.

January 1971. You’re commuting to cover sessions of the Iowa Legislature. Unmarried and unmortgaged, you love it.

Fast-forward to this Christmas. Being able to write a Christmas Day column allows you to recall some of the journalism memories – the “presents” – you’ve been given over almost five decades in Midwest journalism.

*The amazing Capitol. It’s a climb-the-stairs exercise gym, a wedding venue, a recital hall, a “meet you in the Rotunda” social hub, a site for protesters from all beliefs, a place where careers are made and destroyed, and, yes, the place where elected officials decide how to spend $76 billion by mid-2019.

*The hulking sheriff’s deputy who, during the Act 10 protests, looked at your press credentials and asked, “Do you need to get into” the Governor’s Office for a news conference? When you said yes, she threw protesters out of your path like bowling pins, clearing a way for you to do your job.

Days earlier, with no deputy around, you had been unable to enter the Governor’s Office for another press conference. That had never happened before in all your years of journalism.

*The chants from Act 10 protesters – “Do your job! Do your job!” – as Capitol reporters left those news conferences. Capitol police had you leave through the Attorney General’s Office, since the main hallway was blocked by shouting protesters.

*Wisconsin’s Open Records Law, which allows Capitol reporters to – eventually – find out the real reasons for major policy changes, and the plans and cash donations that lead up to them.

*The advice about the Capitol you got, and never forgot, in the 1990s from then-powerful Democratic Sen. Bob Jauch: “This building is about MONEY!”

*A chance to witness the dozens of major policy changes passed during the Republican Revolution over the last seven years. Your list of those changes shows their broad sweep, but – no – you’re offering no opinion on them. Wisconsin voters must make that judgment.

*The annual Harley rides of four-term Republican Gov. Tommy Thompson. After you failed your motorcycle license exam – speeding! – you had to trail Thompson’s annual parades in a beat-up red VW Golf. Still, they took you to capitols in Springfield, Ill.; Columbus, Ohio, and Washington, D.C., for the bicentennial celebration of 1998. And there was that night in Thunder Bay, Canada, when Thompson did a stand-up comedy shtick.

And in Columbus, Ohio, another Capitol reporter delayed the ride’s Sunday start while she waited for a liquor store to open so she could buy Bloody Mary ingredients.

*The Dickeyville restaurant owner who, on a busy Friday night, temporarily disconnected his business phone so you could file a story on the tragic death of siblings who died in a home fire, as their parents milked the family’s cows.

You can still see a child’s rocking horse, standing in the yard outside the fire-ravaged home.

*The two editors, Gerry Hinkley of the Milwaukee Sentinel and Martin Kaiser of the Milwaukee Journal Sentinel, who asked you to consider joining the Washington bureau. You were complimented but have never regretted respectfully turning them down.

*The WisconsinEye journalists who encouraged you in 2009 to try broadcast journalism, after it became obvious that the Journal Sentinel had to dramatically downsize its newsroom and you raised your hand to take a buyout.

*The Iowa House speech you witnessed against the death penalty by fiery orator and liberal Democrat Norm Jesse, of Des Moines. As he spoke, the chamber’s grandfather clock chimed midnight, marking the end of a day as Jesse spoke against the state ending a life.

*The wonderful wife who kept your home going, and three kids focused, on those hundreds of days you called home on late afternoons to say, “Something just happened. I’ve got to work late. No, I’m not really sure when I’ll be home.”

Thanks, Rebecca, for decades of affirmations that journalism is a career seeking “justice and righteousness.”

One thought on “The State of Politics: A Capitol Reporter Recalls Gifts Received”