Surprise, it's a quite tasteful, Tudor Revival home with $1.3 million price tag. 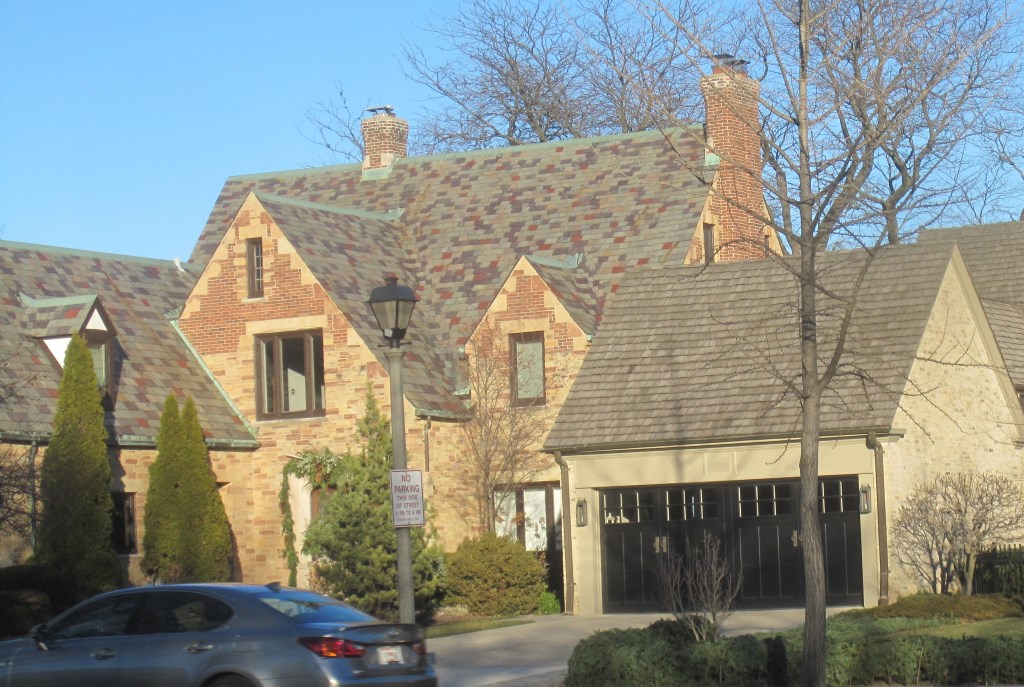 Websites abound that feature the “Jaw-Dropping” homes of NBA stars. “Gag-Inducing” is more like it, since there seems to be an affinity for new, shiny and decidedly exurban residences for stars of America’s most urban sport.

House Confidential travelled to the Village of River Hills to visit the Range Line Road home built in 1995 and occupied in 2014 by O. J. Mayo, then a Milwaukee Bucks player, finding that “His $1.8 million home mixes all sorts of architectural styles and isn’t visible to passers by. Perhaps just as well.”

In 2015, House Confidential visited the vintage 2005 Upper River Road home of then-Buck Michael Carter-Williams, and found its pool, guest house, home theater, wine cellar, heated garage, workshop, and seven and a half bathrooms to be a bit much, and all dying to burst out of their faux-Tudor shell, exploding in every direction onto what was once an inoffensive River Hills prairie. Earlier in 2015 we expressed concerns about the 2001 Town of Grafton home of Jabari Parker and its wet bar, which seemed an inappropriate feature for a residence of a Mormon, and one not of drinking age, at that.

Mayo and Carter-Williams are long gone, and Parker redeemed himself this year when he purchased a former power plant in Brewers Hill that he is converting into a stunning urban residence. The Grafton home was mostly for his folks, anyway.

We may now add to the extremely short list of NBA players with genuinely attractive homes the name of Parker’s teammate, Matthew Dellavedova. Based on available information, this doubles the league-wide number of those so designated to two.

According to the assessor, the home has a mere 3,884 square feet of finished living area. (The real estate listing says 4,252 square feet, and includes the basement rec room.)

Yet within these cramped confines (by NBA standards) one finds 11 rooms, including at least 4 bedrooms, 3 full bathrooms, and two half-baths. The residence has two washers and two dryers, so Dellavedova should have no excuse for showing up at practice in a soiled uniform.

When the star comes home, there is no chance he will traffic Lake Drive’s dirt into his residence on the soles of his Delly 1 Defenders ($160), since the residence has a mud room, “with a heated tile floor and built-in lockers,” as noted in the real estate listing. The mud room is also thoughtfully equipped with a refrigerator, where Mrs. Delly possibly puts Matt’s lunch bag so he can grab it on the way out the door after he puts on his nice warm Delly 1 Defenders in the morning.

Oh, yes! There is a Mrs. Delly, the former Anna Schroeder, who met the future star when they attended college together at St. Mary’s.

No, not the St. Mary’s College in Victoria, Australia, the state where Dellavedova grew up; nor any of the three St. Mary’s Colleges in Maryland. The couple met in 2009 at St. Mary’s College in Moraga, California, her home state, and have been together ever since. The longevity and apparent stability of their relationship likewise contrasts with the league’s more celebrated, scandalous and short-lived liaisons. The couple married in July, 2017, and now they have a very merry home, judging from the refined and restrained natural evergreen boughs that decorate the residence this holiday season. Bling is not their thing.

The residence was built in 1934 for John E. Hunn, (1893-?) who was associated with the Campfire Co., a Milwaukee firm that marketed the Campfire, Snow White and XLN Marshmallow brands to a national audience. Hunn was the first to position the marshmallow as a food and baking product. Previously the treat had been marketed to confectioners and not for home — or campfire use. A 1920 Marshmallow Cookbook was marketing genius, as was a 1926 advertisement in Boy’s Life encouraging camp directors to buy the marshmallows in bulk.

Hunn and his wife Inez Hunn (1896-1982) built the home on what had been a vacant lot as late as 1933. Properties along the lake always have sold at a premium, and the original estates, some quite large, were whittled down over the years as smaller lots were created out of grander ones. Sometimes even rich guys need money. This one has 55 feet of frontage along N. Lake Dr., and is 361 feet deep, terminating somewhere down on the beach below, less than a quarter mile from the wreck of the Appomattox, the largest wooden bulk carrier ever built (1896), which perished on a storm off of Atwater Park in 1905.

Details of the history of the Hunn house, including such basic matters as the name of the architect, are scant. The home is of stone and brick veneer, with a slate roof and copper flashing and downspouts. These were custom elements even in their day, and even among the finer homes along the lake, many of which were larger and showier, in a pre-NBA way, than this one.

Once the Hunns moved into the home in 1935, they stuck around. The first change in ownership came in 1970 — and then only the middle initial of the owner changed, as John E. Hunn and Inez Hunn gave way to John L. and Wanita Hunn, along with their children, among them John Newton Hunn. By 1990 the Hunns had finally cleared out, and we find the residence owned by Curtis J. and Linda Laetz. The home subsequently sold for $600,000 in 1998 and $899,000 in 2012, at which time it underwent significant interior remodeling that still maintained respect for the original.

In the words of the Real Estate Poet:

Now 27, Dellavedova has been a Milwaukee Bucks player since 2016. He was born and raised in Maryborough, Victoria, in Australia, a small town with just 7,174 people. He was the oldest of three children in his family, and is a sixth-generation Italian Australian, whose name initially caused problems for NBA announcers. He played college basketball for Saint Mary’s College of California, where he finished as the all-time leader in scoring, assists, games played, free throw percentage, and three-point shots. He has played on the Australia national team at the 2012 London Olympics, 2014 World Cup in Spain, and the 2016 Rio Olympics.

Dellavedova began his NBA career in the 2013-14 season with the Cleveland Cavaliers and played there three years, winning and NBA championship in 2016. The point guard is known for his defense and his pesky, physical style and has sometimes angered other players and teams; he was was voted the dirtiest player in the NBA by fellow players and coaches in a Los Angeles Times poll. (His fellow Aussie player Andrew Bogut took third.)

Which is why teammates value him and opponents dislike him. But the Bucks’ recent acquisition of guard Eric Bledsoe may make Dellavedova dispensable for Milwaukee’s team, one basketball publication has recently speculated. 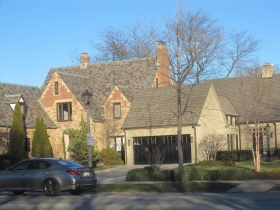 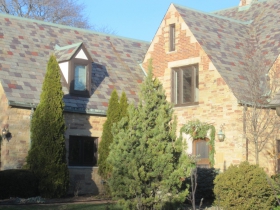 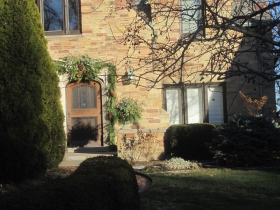 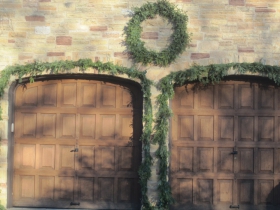 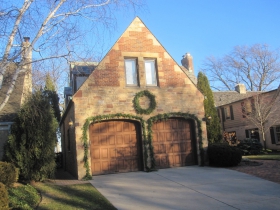 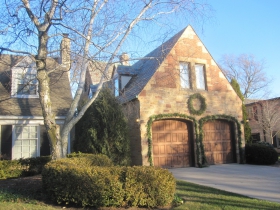 How Milwaukee Is It? The residence is about 5.0 miles northeast of Milwaukee City Hall

One thought on “House Confidential: Bucks’ Dellavedova Has Shorewood Home”