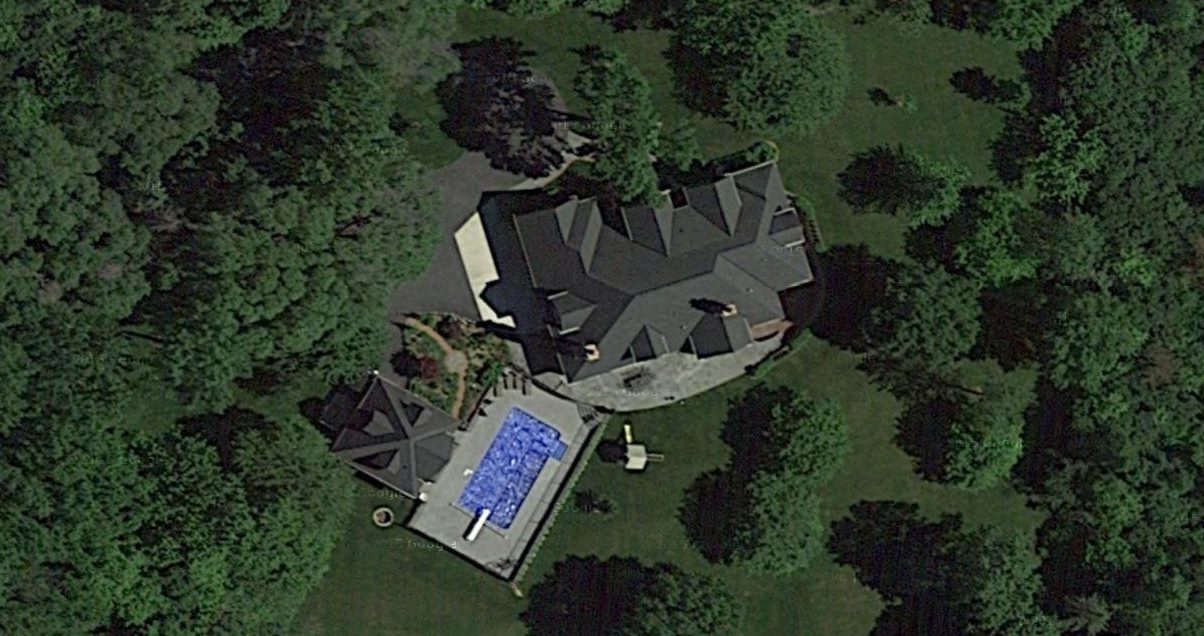 The name, “Upper River Road” has a certain snootiness to it, conveying an image of a riparian-fringed pastoral country way — a special place, somewhat above that of ordinary River Roads. You append “River Hills, WI 53217,” to it and you know this is some place very elite.

Those travelers to River Hills who visit North Upper River Road, which runs for just a mile from W. Brown Deer Rd. until it terminates at W. County Line Rd., will surely agree it is among the fancier of the fancy community’s addresses.

There are only about 20 house numbers that exist on the road, which looks to be fully developed by now, carved up into the standard River Hills minimum lot size of 5 acres. The houses are all whoppers, with the exception of a grandfathered farmhouse dating to a time when this part of River Hills was just the Town of Granville.

A barn that was once part of the Giwosky estate remains on the southeast corner of the road, a reminder of those bucolic days. Here, at the southern end of the road, the eastern bank of the Milwaukee River is so near as to render that shore unbuildable, even if it were parceled out into city lots.

Directly across the river in the Village of Brown Deer is the cheekily named Four Points by Sheraton Milwaukee North Shore hotel. Cheeky because nobody in River Hills would consider Brown Deer, with which it shares an uneasy border, as being part of the North Shore. Fortunately, this stretch of the river is vegetated on both sides, so the visitor’s eyes need not be offended by the sight across the stream. Commercial activity is forbidden by the River Hills Code, and why should we be subjected to another community’s lax zoning?

After about a thousand feet, the river takes a north-northwesterly turn allowing enough space for six riverfront houses there, including an awesome Russell Barr Williamson home dating to 1956, and up for sale at $995,000. Before you get to County Line Road, where the glories of Mequon await, the west end of the street has been intersected by a cul-de-sac development, and Upper River Road loses it namesake. In a way, it doesn’t matter, since the land west is a converted swamp, while it has always been the east side of Upper River Road that had higher ground, better drainage, fewer ‘skeeters and the village’s only cemetery, St. Peter’s. It is a tiny little mid 19th century plot long abandoned by its congregation. Nobody is quite certain who owns it. The cemetery has not seen a fresh grave in nearly a century.

“It’s official, @MCW1 is an Wisconsin resident,” a somewhat ungrammatical post on Twitter noted that afternoon. The tweet (shown below) by @MCWSTARZ included a photo of him holding a “SOLD” sign on the bluestone driveway of his new mansion.

Carter-Williams is some 20 years younger than your average River Hills resident, but his income is considerably higher than the community’s per capita income of $95,242, which itself is Wisconsin’s highest. In fact, his income of $2.5 million a year is 26 times the River Hills average, meaning Carter-Williams pulls in as much money in two weeks as the average wage-earning slob in the Gilded Ghetto makes in a whole year.

Carter-Williams gets his paycheck from the owners of the Milwaukee Bucks, who hired him as a point guard last season, after his rookie year with the Philadelphia 76ers. But don’t worry about this young athlete going the way of so many of his peers, a significant percentage of whom become bankrupt within years of their retirement. His parents saw to it that his rookie contract salary of $4.5 million was locked up in a trust fund beyond his reach for three years. This is a sensible practice that should be embraced by other athletes, as any estate attorney, actuary or annuity salesperson will tell you. This is bad news for luxury car dealers, bookies, merchants of expensive jewelry and hangers-on.

Instead, Carter-Williams is obliged to get by solely on his endorsement income from Nike and Panini, which should be sufficient to keep the lights on and the taxes paid.

The real estate poets of the Falk / Ruvin Team at Coldwell Banker real estate had this to say about the home:

Much of the property along Upper River Road was owned by Chester O. Wanvig, the founder and president of Globe Union. He was found dead, at 68, in 1959 in his bedroom. His wife said a .32 caliber gun was found nearby. The aforementioned Daniel Giwosky was by far the street’s most celebrated criminal. In 1988 he beat his wife to death in their home. Six days later, he walked to the driveway of the old Stratton mansion next door and shot himself to death.

On a happier note, Upper River Road was also home to Jessie O’Neill, a psychotherapist who developed the Affluenza Project to study the problems of rich people. Her grandfather was Charles Erwin Wilson, the president of General Motors, who famously said, “What’s good for General Motors is good for the country and vice versa.” Her former home, built in 1995, is available for rent, with an asking price of $8,000 per month.

On old maps, Upper River Road was simply “River Road.” The prefix is to distinguish it from River Road, which has a nice run through the village, but dead ends rather inauspiciously in a little stub north of Dean Road.

Talk about an early bloomer. Michael Carter-Williams was 5’9″ as a freshman at Hamilton-Wenham Regional High School in Hamilton, Massachusetts, where he led his team and conference in scoring, helping the team win a league championship. He transferred to the boarding school St. Andrew’s in Barrington, Rhode Island, where in three years as a starter, he averaged 25.4 points per game, including 8.3 rebounds and 5.5 assists per game as a senior.

Carter-Willams didn’t get much playing time as a freshman at the basketball powerhouse Syracuse University, but in his sophomore season he was a huge star, averaging 11.9 points, 5.0 rebounds, 7.3 assists and 2.7 steals per game and leading his team (with a career high 24 points) past the No. 1 seed Indiana Hoosiers in the NCAA’s East Region semi-finals. Carter-Williams earned Associated Press honorable mention All-American honors, as well as second-team All-Big East honors and soon declared for the NBA draft.

Carter-Williams was selected 11th overall in the 2013 NBA draft by the Philadelphia 76ers and quickly showed he belonged. In his NBA debut, he recorded 22 points, 12 assists, 7 rebounds, and 9 steals (the most steals ever made in an NBA player’s first game) in a 114-110 win over the Miami Heat.

He averaged 16.7 points, 6.2 rebounds, and 6.3 assists, becoming one of only three players in NBA history to average 16 points, 6 rebounds and 6 assists in a rookie season, the others being Oscar Robertson and Magic Johnson. He was an easy choice for the 2014 NBA Rookie of the Year.

In the middle of his second season, on February 19, 2015, Carter-Williams was traded to the Milwaukee Bucks in a three-team deal. He has done a solid job as point guard, and at 6’6″, with a long wing span, adds to the defensive problems the tall and long-armed Bucks presents to other teams. He also fits in with the very youthful team. He still isn’t a great shooter, but neither was his coach, longtime point guard Jason Kidd, in his early years, and the hope is that Carter Williams will improve in this area and in basketball smarts under the savvy Kidd. Odds are, Carter Williams will be with the team for years to come, commuting to practices from his Upper River Road estate. 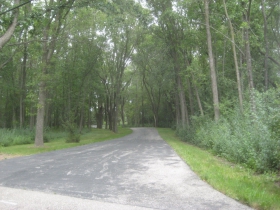 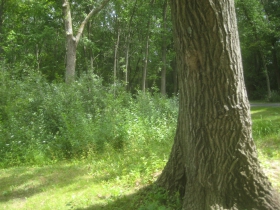 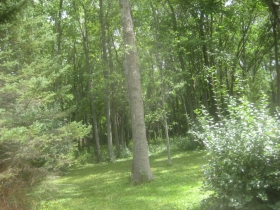 How Milwaukee Is It? The residence is about 13 miles from Milwaukee City Hall — and just about the same distance to the Bradley Center.