In April 2017, while sidelined due to an injury, Milwaukee Bucks Forward Jabari Parker wrote a first-person story about his team and adopted city for The Player’s Tribune.

The 22-year old was lavish in his praise for Milwaukee:

Milwaukee … it’s home. You know I’m a Chicago kid, and Chicago will always have a big piece of my heart. But with Milwaukee — for me it was just love at first sight.

As soon as I got here, I was like, Wow, this is the place for me. I love this city.”

One thing I do have control over, regardless of my playing career, is knowing that I want to raise my own family here someday. It’s that deep.”

When only 19, Parker bought a home in Grafton shortly after joining the Bucks. (See House Confidential: Jabari Parker’s $570,000 Grafton Home, March 6th, 2015). But that multi-bedroom McMansion is the sort of home that people who already have a family to raise usually buy. As I wrote in that story, Parker may have bought it for his parents, Robert S. “Sonny” Parker and Folola Finau-Parker, the latter a native of Tonga who came to this country as a child. Though Jabari perhaps spent some time in the home as well. When he first came to Milwaukee, the Bucks rookie resided in a lakeside residence in St. Francis that is owned by Monarchy Investments.

But Parker is now a full-fledged adult, and on March 7th, 2017 he purchased a Brewers Hill warehouse building with the intent of turning it into his principal residence. And from the looks of it, it will make a great bachelor pad.

A permit for a $55,000 interior demolition of the 6,800-square-foot, 107-year-old building was issued in May, to Charlie Sparks, a Project Manager at the Inland Companies, and the work is currently underway on a most interesting conversion plan.

The building, on N. Palmer St., was constructed at what was then 581-Island Ave. in 1910, according to City of Milwaukee records. However, the permit is not on file, so the architect and builder is unknown.

The owner was the F. Mayer Boot & Shoe Company, which occupied the giant building across the alley to the west that is now appropriately known as “The Fortress.”

Back in 1892 the company was issued a permit for a $1,000 barn on the site. This was during an era when horses were essential to commerce, and when stables and barns were to be found in every neighborhood, usually by smell. It was one of a jumble of accessory buildings on the site. In 1899 Bruno Schmatz, working for the boot and shoe company, raised the barn two feet and installed a new wood basement, put on an addition in the rear and repaired the roof, at a cost of $300.

Is the Tunnel to the Fortress Still There?

By 1910 we see the current building, which was built to serve as the power plant for the giant shoe manufactory. The brick structure of 6,800 square feet was outfitted with a 150 foot smokestack. Intriguingly, it was also equipped with a tunnel that led to the Fortress. Is it still there?

The boot and shoe company still owned the building when it stopped production at the plant in 1934, and as late as 1940 it was identified as the Mayer Boot & Shoe Company Power House.

But by 1944, the structure was owned by The Milwaukee Electric Railway and Light Company, the precursor of WE Energies. The electric company used the building as a substation. In 1945 the company was able to find workers to demolish the 150 foot smokestack, which was 10 feet wide at its base, and was one of the countless such structures visible in the neighborhood.

In May, 1946 the company was issued a permit to “Change Windows, rebuild west wall, provide new foundations for transformers.”

The change to the windows was apparently to block them up. This will most certainly be reversed, since what’s a house without windows?  The rebuilt west wall already has two large new openings cut into it, and more should be expected on the east, or street facade as work continues.

Apparently the crew from Inland is either letting the concrete slab be, or is going through a lot of work to remove it, since the electric company did not do improvements in small measure. In 1956 it spent $10,000 to “replace east portion first floor w/ new conc. slab.”

The building remained in service until an unknown date, but by November, 2009 it was deemed surplus to the company’s needs and was sold to Wiegand Investments 755 LLC for $200,000. Wiegand has also purchased the Fortress, which it has renamed The Milwaukee Fortress.

However, Wiegand sold the building to the Parker interests for $325,000 in March, 2017, just a week before Jabari’s 22nd birthday.

Parker appears to have made a shrewd choice in purchasing this property. It lies directly north of the City Lights Condos, a 2003 project that was among the first to put a modern face on Brewers Hill, with narrow, tall units. Across the street to the east lie the Crescent Condominiums, large semi-detached structures built in 2000 with commanding views of the city. Below lies N. Commerce St., and the path to Lakefront Brewery. The building to the north has been turned into a boutique, which would have been an unimaginable use of the space just a few years ago. Wolf Peach restaurant is also just a stroll away. Parker’s new home is also close to the 1902 tavern building at 234 E. Vine St. that is now being remodeled after decades of disuse.

The addition of a professional athlete to the neighborhood mix is yet another welcome sign for Brewers Hill. The addition of Jabari Parker as a city resident is good for all of Milwaukee. 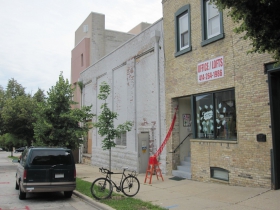 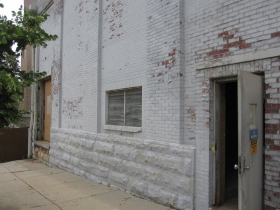 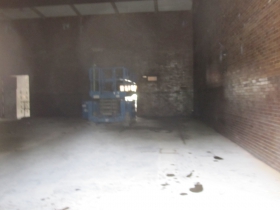 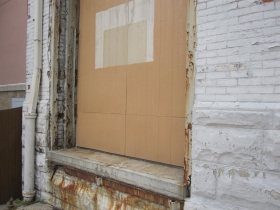 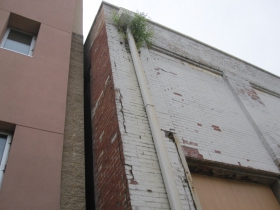 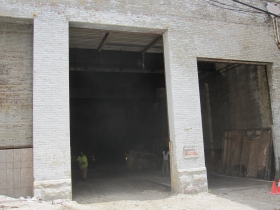 How Milwaukee is it? The home is 1 mile north of City Hall, and even closer to the new Bucks arena. It lies 20 miles south of current Grafton home of owner