The 19-year old Bucks player and Mormon probably won't use the wet bar. But he'll love those high ceilings and lake views. 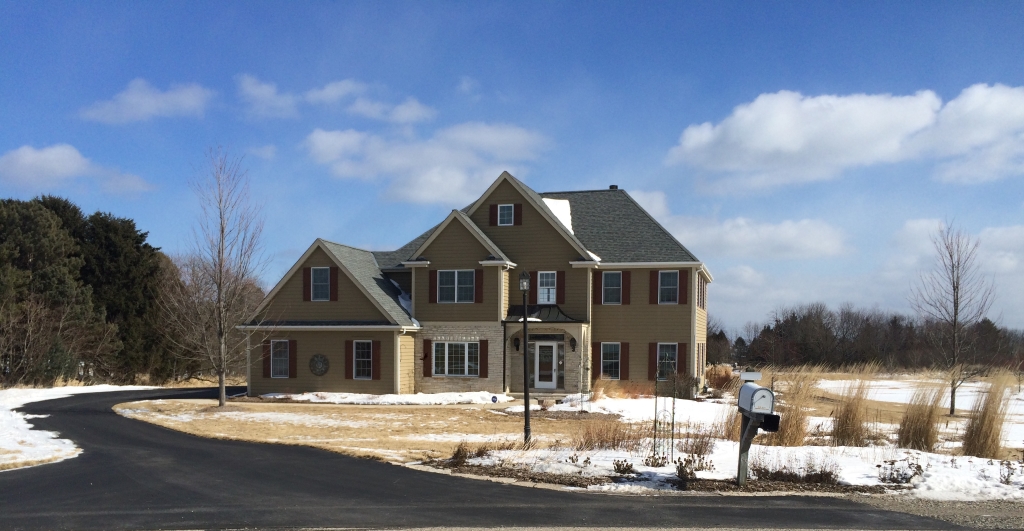 Last October, as the ink on his rookie contract with the Milwaukee Bucks was drying, Jabari Ali Parker, the second pick in the 2014 NBA Draft, took some of his pay and bought a $570,000 home in the Town of Grafton, near Lake Shore Rd. It was his intent to make the home his principal residence, according to records of the Ozaukee County Register of Deeds. On the deed he gave as a current address a lakeside residence in St. Francis that is owned by Monarchy Investments, making his landlord at the time fellow Chicagoan Bobby Simmons, who, like Parker, dropped out of college to pursue an NBA career. Simmons spent the 2005-2008 seasons with the Bucks, and this is when he picked up the lakefront pad that now yields an investment income for the entrepreneur.

The south side location is convenient to the Bucks practice facility, and Parker may even be holding on to it at this time for convenience sake. Whether Parker has assumed full-time residence in his new home is hard to say, what with the travel and practice demands made upon NBA players (though Parker is injured). But we can say there is no hoop outside the garage at the Grafton residence.

The 4 bedroom, 4-1/2/ bath, 4,749 square foot home was built in 2001 on a three acre site quite near Lake Michigan — but not too near, since the shore along this stretch has been known to slide into the sea from time to time.

“Lakeside living without bluff maintenance!” is the way the real estate listing put it, when the home was offered for sale early in 2014. The “elegant executive home,” we learn, is rich in quality and detail and will be sure to please.

The “dramatic two story foyer” leads us to a “well appointed open, flowing interior.” The “cooks kitchen” has maple cabinets and a granite center island. Be prepared for a surprise, for it opens into a “stunning” family room with a two story wall of windows.

[It should here be noted that Parker is 6’8″ tall, so two-story ceiling heights are a welcome domestic accommodation.]

Those two story windows find us “catching the breathtaking views and glimpses of Lake Michigan.” The dining room is “formal,” which may not have been a selling point for the unmarried, childless, teenage player who spends most of his time on the road. (Parker will turn 20 on March 15th.)

The living room has a wet bar that certainly should not have been a selling point for a minor who is not old enough to drink in Wisconsin.

And, even when of age, members of the Church of Jesus Christ of Latter Day Saints [“Mormon”] such as Parker, are forbidden to consume alcohol. Let us pray the real estate agent did not even try to entice Parker with the wet bar’s charms.

If so, I would have besecheeth said real estate agent as sayeth Amulek in the Book of Mormon [Alma 11:23]: “Knowest thou that the righteous yieldeth to no such temptations?”

If Parker is someday to multiply exceedingly and wax great in the land, as did the people of Nephi, he couldn’t do better than to house his seed in the three bedrooms that are up on the second floor with the master suite and in the spare bedroom / office just off the basement fireplace. The master suite has a whirlpool, a 3′ x 6′ walk-in shower and a “bonus room.” And Grafton has a fine school system.

The real estate listing called the spare bedroom downstairs a “mother-in-law” suite, but for now it might actually be a “mother” suite.

The home is listed as being owned by Jabari A. Parker and Folola Finau-Parker, the player’s mom, a native of Tonga who came to this country as a child. She is married to Robert S. “Sonny” Parker, a retired NBA player himself (who played six seasons), who has a youth foundation in the Chicago area. They have five children, with Jabari being the youngest.

Buying a home for mom (and dad) has considerable roots in the National Basketball Association and its folklore. Many players grew up in rough circumstances and mom made many sacrifices, so a home is a nice, thoughtful gift. Boston Celtics rookie Marcus Smart just bought a house for his mom, citing that reason.

Parker was fortunate to grow up in a home with an intact family, enjoying a middle-class lifestyle, and it seems likely he hopes to perpetuate that status with his new digs in Grafton. After all, it is paid for in full, and took less than 15 percent of a year’s salary to buy! Even with a tithe to the church, Parker still has considerable money left over to invest, and he seems more likely than the average player to do so.

If mom is in residence, the home is a reasonably short commute (by Ozaukee County standards) to the LDS church in Port Washington.

When her son said no, she got a $450,000 advance from an auction house, and put her son’s high school and college mementos up for sale.

And, maybe Simmons will prove to be a mentor as well as a landlord. Simmons and Parker are both graduates of Simeon Career Academy in Chicago, a high school basketball powerhouse that also counts Chicago Bulls star Derrick Rose as an alumni. Last year, Simmons returned to college, and finished his degree. Parker’s GPA was 3.79 when he interrupted his education. 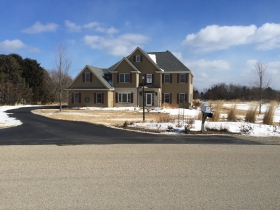 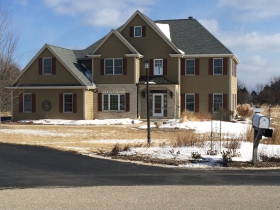 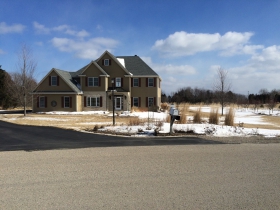 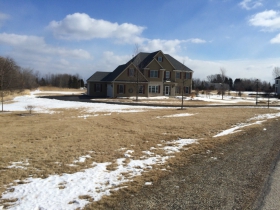 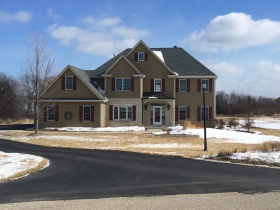 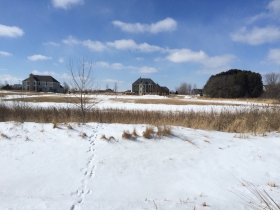 How Milwaukee Is It? The residence is 22 miles from City Hall and the Bradley Center.

Jabari Parker was a high school phenom who led Simeon Career Academy to four straight Illinois Class 4A state championships, becoming just the second player in Illinois history to start on four consecutive state championship teams. He was a two-time Illinois Gatorade Player of the Year and Illinois Mr. Basketball, and a two-time first team All-America. At Duke University, Parker set the Duke record for freshman scoring average (19.1) and became the first freshman to lead the team in both scoring and rebounding. He then declared for the NBA draft.

Parker was the second pick in the highly-touted 2014 draft. He joins the “Greek Freak” Giannis Antetokounmpo as the one-two punch that the Milwaukee Bucks hope to build on for the next decade. Whether Parker is up to the task remains to be seen, as the once likely Rookie of the Year winner tore his ACL in December and will be out until the next season. Prior to the injury, he was averaging 12.3 points and 5.5 rebounds per game.

Off the court, Parker has been nothing short of a star during his time in Milwaukee. It certainly doesn’t hurt that Parker doesn’t drink alcohol, smoke, and almost never swears. Further elevating his status as a potential marketing giant, Parker doesn’t have any visible tattoos. Despite his injury, Parker is still often on the bench during games and at public team events, a rarity in a league where players with long-term injuries often disappear for months at a time.

Assuming the Bucks were looking to draft the most mass marketable player to build public goodwill as they attempt to get taxpayer support for a new arena, they couldn’t have done better than Jabari Parker. If not for his ACL tear, it would seem Parker was a robot dreamed up in the NBA Commissioner’s office. He can shoot, he can dribble, he smiles a lot, he’s not a risk to end up in bar fights. He’s everything the recently bought out Larry Sanders wasn’t.

Parker must certainly be looking at Wisconsin Badger-turned Seattle Seahawks quarterback Russell Wilson for branding guidance. They both have that squeaky-clean nice guy image off the court or playing field. Wilson has already parlayed that into so many endorsement deals he gets more facetime during commercial breaks than when he’s playing. Parker could buy an entire subdivision in Grafton if he follows the Wilson model.

Parker’s rookie contract, guaranteed for two years with team options for two more years, will pay him $22. 2 million (barring a Greg Oden-like physical collapse). The Bucks and Gov. Scott Walker are hoping for Jabari to become an All-Star, although possibly for different reasons.  The former, so they’ll have success on the court, and the latter so that he’ll draw a large raise that will pay into the incremental “jock tax” proposed to finance the arena. Bucks fans presumably just want a team that goes deep into the playoffs, and Parker has all the tools to be that.