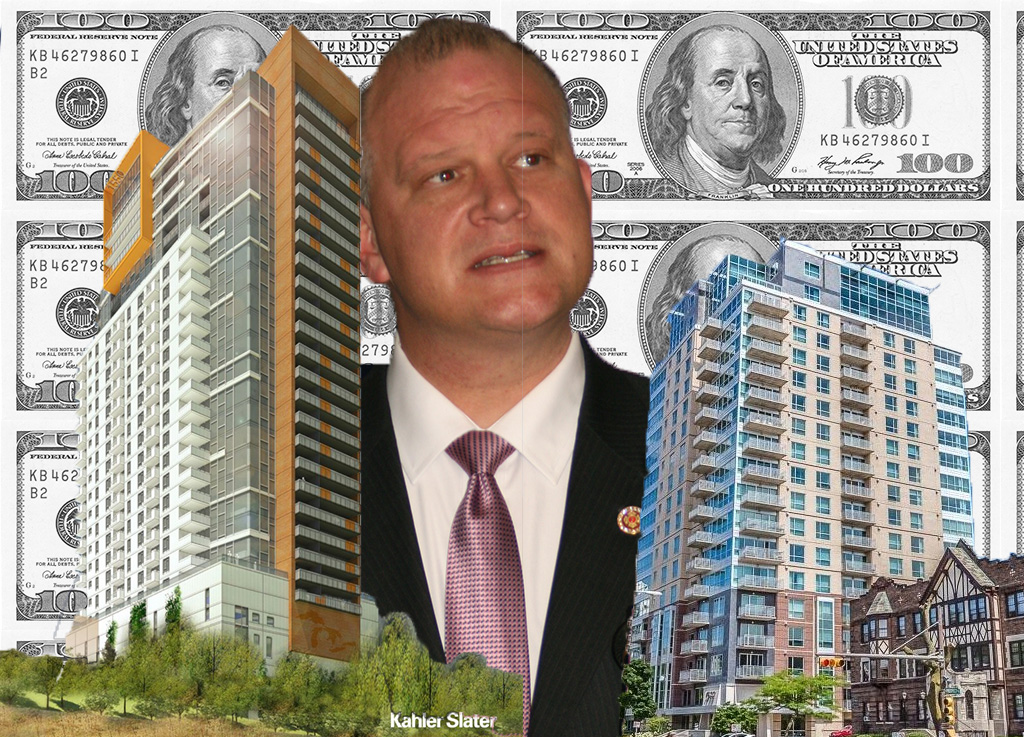 Bongiorno is a veteran fire fighter who had achieved the position of Lieutenant by at least 2008, when he won an award for meritorious service,  served as the captain of Fire Engine 9, the station on the far North Side, and worked for some years at the Brady Street firehouse, which was targeted for elimination in the just completed 2018 city budget. More than likely a key goal for Bongiorno, who will serve a two-year term, will be lobbying the city to stop the triage in the Fire Department’s budget that has occurred in recent years.

Seager was a major force in state politics. He starred in an advertisement for Scott Walker when the Republican first won the election for governor in 2010. And Walker’s signature law, Act 10, exempted fire fighters and police from its provisions decimating collective bargaining rights and requiring greater contributions to their benefits by all state and local employees in Wisconsin.

Seager was later instrumental in lobbying state legislators, who passed a bill signed by Walker which eliminated the residency requirements for cities like Milwaukee. Seager took advantage of the law to move to the Town of Jackson, in a home some 30 miles from downtown Milwaukee, in a Washington County town served by volunteer fire fighters, as Michael Horne wrote in a “House Confidential” story for Urban Milwaukee. Bongiorno, by contrast, lives in the city, on the southwest side.

Urban Milwaukee had done an earlier story, “The City’s Most Curious Lobbyist,” detailing Seager’s side job lobbying on an issue that has nothing to do with the fire fighters. Seeger lobbied against the Goll Mansion project, which sought to create a high rise apartment building overlooking Lake Michigan, earning $5,000 to help persuade aldermen Tony Zielinski and Mark Borkowski to oppose it. But a year later, Seager swapped sides, working for an undisclosed fee from developer Chris Houden to support the project, and Borkowski and Zielinski flip-flopped as well, resulting in the approval of the development.

Seager did his lobbying the second time using the Fire Fighters Association name and letter head, and it is not clear whether union board members approved of this, or whether his fees earned were shared with the association. Odds are that without the union position, he will lose his clout as a lobbyist, ending that side revenue. Seager will now revert to working as a fire fighters Captain, with a salary of $96,880.

The union president job is a full-time position, but the city pays the salary. The president also gets an additional (undisclosed) compensation from the union, which will supplement Bongiorno’s city salary.

2 thoughts on “Back in the News: Seager Dumped as Fire Fighters Leader”