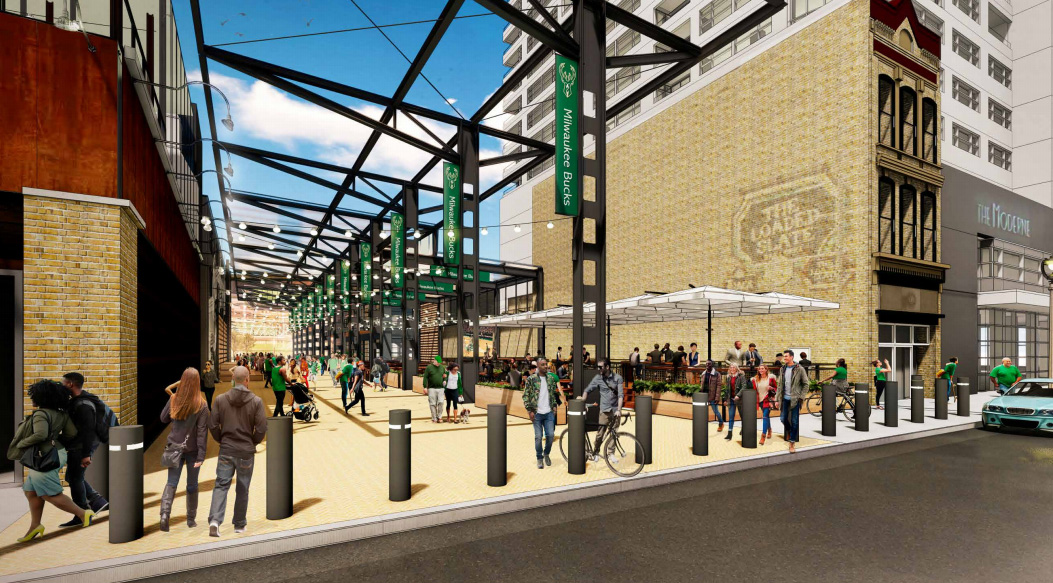 The Milwaukee Bucks have expanded their Live Block entertainment center proposal, and those plans were given unanimous approval by the Zoning, Neighborhoods & Development Committee today.

As anticipated, the team unveiled the plan for one of the empty lots they purchased along N. Old World Third St. to connect the entertainment center with the nearby stretch of bars and restaurants.

The connecting lot, located at 1129-1135 N. Old World Third St., is directly in-between two taverns, Ugly’s Pub and The Loaded Slate. Consistent with those nearby uses, the Bucks will develop an outdoor bar on much of the space, complete with heaters and a covered overhang.

The remainder of the space will be used as a walkway to connect the bar district with its three-building entertainment center and arena. Starting from N. Old World Third St., visitors will be able to walk straight west from the street through the entertainment center, across the arena plaza, and to the front door of the arena.

The entertainment center is being designed by Rinka Chung Architecture and Gensler. Rinka associate principal Steve Morales told the committee the project is moving fast: “what we would like to do is get all of this up and open at the same time as the arena.”

Plan documents refer to the space as a beer garden, with plans for large televisions, a stage and bar. Lots of seating is included in the proposal, much of it covered.

The team owns another connecting lot south of Ugly’s Pub at 1117-1123 N. Old World St. that will remain as a surface parking lot for the time being. The zoning proposal submitted by the Bucks notes: “In a future phase, buildings are being considered for construction on the parcels.” The Bucks acquired the lots in advance of the arena complex’s construction.

The team has also made other minor changes to the Live Block complex in recent months. They have reduced the proposed height of the northernmost building from four floors to two. A rendering for the proposal showed very tall brewing kettles in the building.

At a recent tour of the arena, Bucks president Peter Feign said the team hopes to announce initial tenants for the space in the near future. Feigin previously told Urban Milwaukee that two letters of intent had been signed for anchor tenants.

Feigin added that the team’s intention for the Live Block complex as it relates to neighboring business owners is to be a rising tide that lifts all boats.

Site preparation work is currently underway for the privately-financed project. For more on the project, see my December 2016 coverage of the project’s approval. 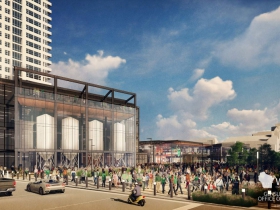 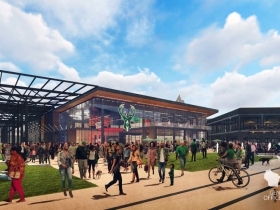 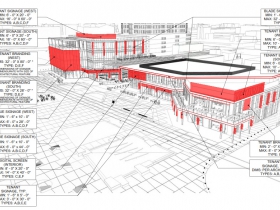