The House of Mac and Cheese

Motor restaurant serves it six ways, along with delicious BBQ and chili. 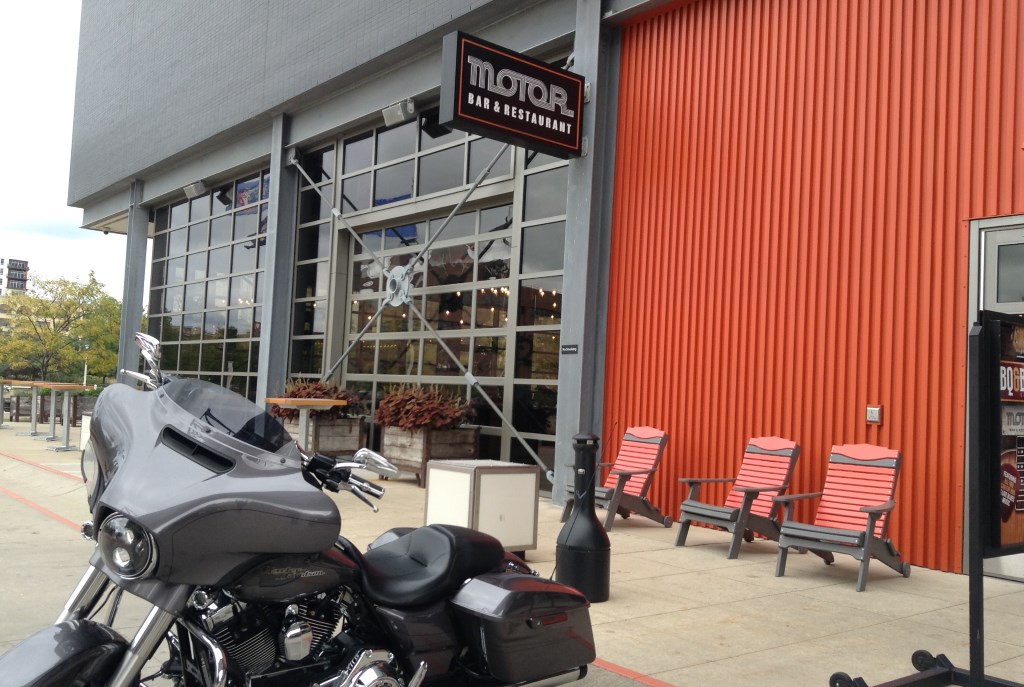 Attention Mac and Cheese lovers. At Motor, the restaurant at the Harley-Davidson Museum (just across the parking lot from the museum), they serve a killer mac and cheese. No, it’s not your grandmother’s recipe oozing with American cheese and Velveeta. For this mac, the chef smothers elbow macaroni with cheddar cheese sauce, then tops it with toasted panko crumbs. They serve it six ways: Classic; Buffalo Chicken; Chili; Brisket; Chipotle; and Veggie.

After I sampled Classic, Veggie, and Brisket, my vote goes to veggie with broccoli, tomatoes, onions, peppers, mushrooms, and fresh basil. Everything is mixed in the sauce making it almost identical to the Classic, only better, with added crunch and flavor from the veggies. While the Brisket Mac, with three thick slices of meat spread on top, plus a scoop of the house BBQ sauce, and a handful of crisp fried onions, was delicious, it was more about the juicy tender meat than the cheesy mac. 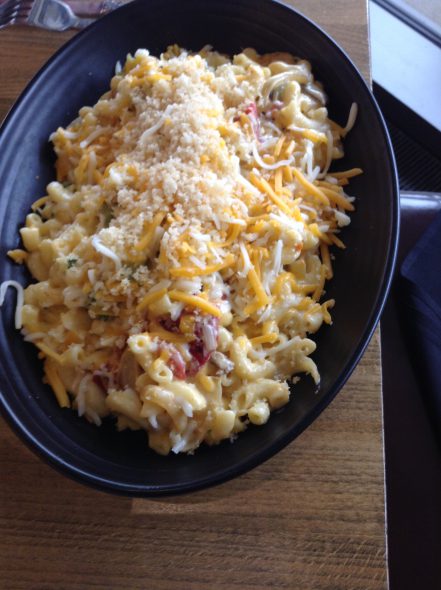 On my first visit, we ate in The Can Room, a recent addition adjacent to Motor. Until its recent makeover, The Can Room was known as Café Racer. It’s billed as a drinking room, but actually has a menu that lists, according to our server, approximately 70 percent of the same dishes found on the menu for Motor. The Can Room looks more like a bar than a restaurant: sleek, contemporary, industrial looking with 10 tables, 11 seats at the bar, and an inviting corner with four well-worn leather chairs set around a low table. Heavy metal chairs at the tables required a strong arm to wrestle them into position when we sat down for lunch.

Besides the memorable Mac and Cheese, Motor and The Can Room feature BBQ brisket, pork, hot links, and chicken. In a sandwich, the BBQ pulled pork needed the BBQ sauce to ramp up the flavor of the meat. Like the brisket, the juicy, tender pork had a smoky flavor from the 14-hour roast. They serve this hand-pulled meat on a grilled bun topped with jicama slaw and crisp onion strings. The sandwich didn’t need the slaw; the meat, the sauce, and the onion strips were enough to rate it A-plus.

A side of Roadhouse Beef Chili, Texas-style made without beans, was thick, meaty, rich, delicious. They also put that chili on a baked potato, topped it with cheese, sour cream, and green onions, and call it a meal.

We finished lunch with Backroads Georgia Peach Cobbler. Our server warned us we would need to wait 15 minutes as all the desserts are made to order. This was no run of the mill cobbler. It came from the oven in a cast iron skillet with a scoop of vanilla ice cream starting to melt on top. What we didn’t expect was the caramel sauce mixed with the crumble. That addition transformed the dish from just another cobbler to awesome.

On a second visit, on a cold, blustery day, we ate at Motor next to a window and gazed longingly at the outdoor patio, which overlooks the river. We noted the brisket and the BBQ pulled pork on the menu again, this time, like the chili, piled on a baked potato. For the BBQ Stuffed Potato, abundant pork filled a humongous potato, which overflowed the plate, giving you lunch in a spud.

When Motor advertises American food on their website, they mean it. Mac and Cheese, Stuffed Potatoes, Texas Chili, and Full Throttle Grilled Cheese all shout out its All American style of cooking. Nor are these classic meals designed for light eaters. Grilled Cheese had cheddar, American, provolone, and muenster, plus bacon and tomato, and, a bowl of thick creamy basil soup for dipping. The soup was too delicious to use as a dip; I ate every drop with my spoon.

To mix things up, they dropped in a Tex-Mex special, Grilled Chicken Tacos, Cajun marinated, with chipotle slaw, avocado crema, and chopped cilantro. The chicken thigh tasted of the marinade; it balanced nicely with the spicy chipotle flavor in the slaw. The avocado crema bonded the flavors and smoothed the rough edges.

If you come to Motor on a Saturday between 5:00-9:00, you can partake in the all-you-can-eat BBQ special. Another all-you-can-eat special is on Fridays, when they serve the beer-battered Wisconsin Fish Fry with made-from-scratch Southern-style cornbread.

With the emphasis on Southern and All American classic dishes, there’s a lot to like at Motor. To round out your trip after lunch, cross Canal Street and check out the museum. If you haven’t had dessert, come back later for Backroads Georgia Peach Cobbler. 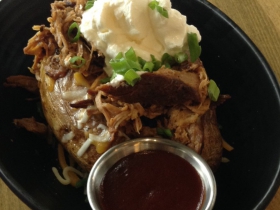 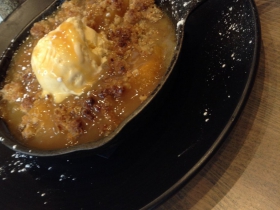 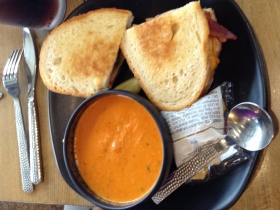 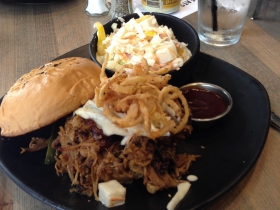 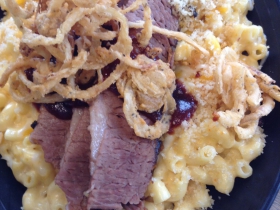 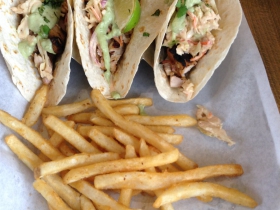 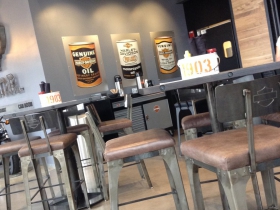 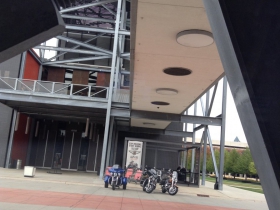 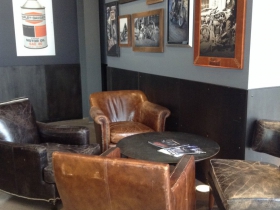 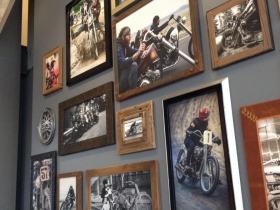 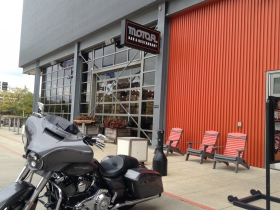 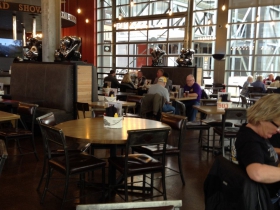