New apartments and cafe for Brady Street's only vacant lot. 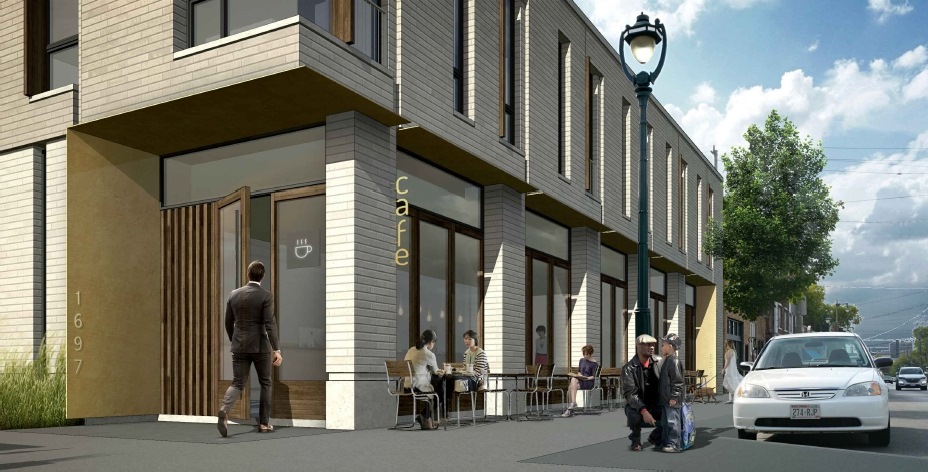 View of 1697 N. Marshall St. from the corner of Brady and Marshall looking west. Rendering by Johnsen Schmaling Architects.

The only vacant lot on E. Brady St. is set to be developed under a proposal unveiled by city officials.

The proposal: Developer Scott Genke and his firm SG Property Development would buy the lot at the southwest corner of N. Marshall St. and E. Brady St. and develop a two-story, mixed-use building on the site.

Genke is partnering with Johnsen Schmaling Architects on the building’s design. Johnsen Schmaling is no stranger to the street, as their offices are located in a former Schlitz tied house just one block east of the proposal.

The development would include first-floor commercial space with three apartments above. An application filed with the city for the site at 1697 N. Marshall St. notes that the commercial space would be 1,486 square feet. Renderings show the use as a cafe.

The apartments would all contain one bedroom, with sizes ranging from 921 to 1,006 square feet. They would each contain a third-floor space set back from the street. Three surface parking spaces are proposed at the rear of the site.

The Department of City Development had sought proposals for the city-owned lot earlier this year. The site and an adjacent building were acquired by the city through property tax foreclosure in 2013. Earlier this year, the building at 827-829 E. Brady St. reopened following an exhaustive redevelopment effort.

A duplex was formerly on the site, but burned down over two decades ago.

The proposal, because it falls within the Brady Street Historic District, is scheduled to go before the Historic Preservation Commission on November 6th. The land sale will also need to go before the Common Council’s Zoning, Neighborhoods & Development Committee. Genke’s firm would purchase the land for $105,000 from the city.

Perhaps anticipating a historic preservation battle, the city issued a press release touting the deal. The release notes: “Genke is proposing a contemporary brick building that matches the scale of Brady Street and respects the historic built environment.” 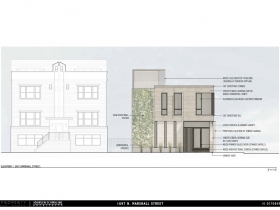 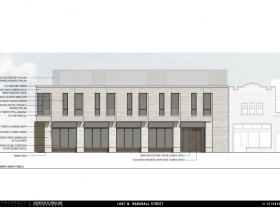 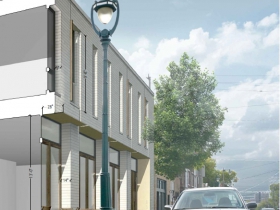 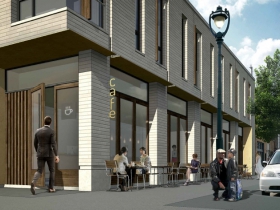 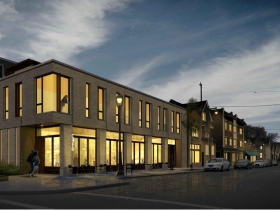 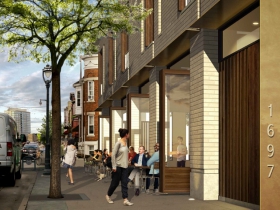 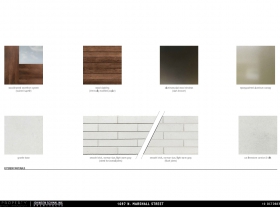 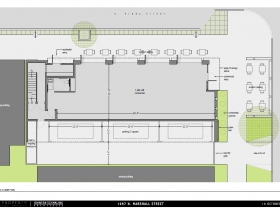 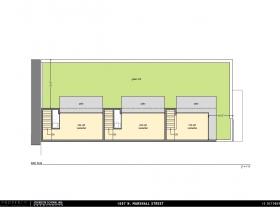 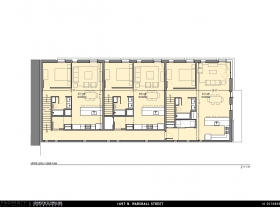 5 thoughts on “Eyes on Milwaukee: New Building for Brady St.”