Graham Nash Lives Up to His Legend 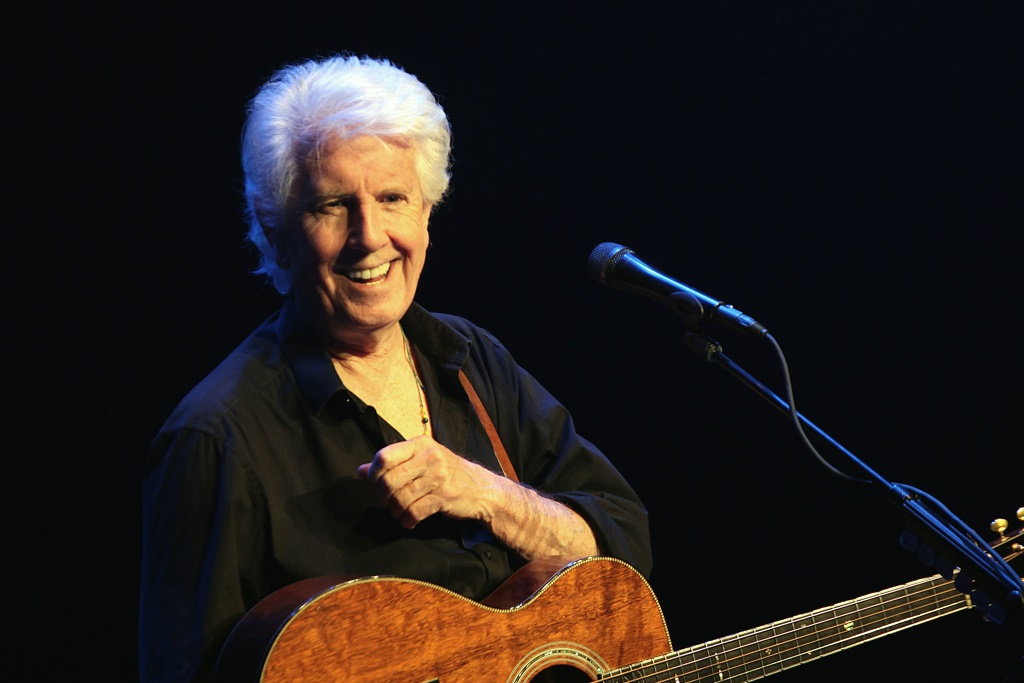 If there is anything that helps recall the special events of our lives, it is surely music. Hearing a certain song can instantly transport us back to the time and place, what we were doing, who we were with, when we heard it. In a sense, our lives have a soundtrack.

For many baby boomers, much of our lives have been accompanied by the songs of Graham Nash. First, from the early 1960’s when he was with The Hollies. (“Bus Stop,” “Carrie Ann,” “On a Carousel”) Then as a member of the supergroup Crosby, Stills, Nash & Young. (“Suite: Judy Blue Eyes,” “Marrakesh Express” “Our House,” “Wasted on the Way”) And finally, his many hits with David Crosby or on his solo albums. (“Chicago,” “Immigration Man”)

Now 75, Graham Nash is still touring. And, on Sunday, he took the stage at Milwaukee’s Pabst Theater – dressed all in black, rock ‘n roll lean, full of fire, humor, attitude and a desire to perform as if this were the most important night of his career.

And boy did he. Just take a look at the ambitious setlist – no playing it safe, no holding back. He delivered the raw emotion, intelligence, musicianship and artistry he’s exhibited in his songs from the beginning.

His iconic voice is still perfect, high and clear. He never hesitated to go for those incredible high notes – nailing every one.

He delivered the songs we all know and some we had not heard before. Often, those unknown gems were the best surprise of the night.

Between songs he told us the stories we all longed to hear: what inspired the song, where he was at the time and who was with him. Stories of humor (traveling on David Crosby’s sailboat for 9 weeks when he wrote “To the Last Whale”), anger (writing “Chicago”), treachery (about dishonest leaders, “In Your Name”) and loss (“Back Home” – for Levon Helm and now also sung for Tom Petty).

His musicianship was impeccable. He played acoustic guitar and piano (and harmonica on one song) flawlessly. He brought along the incredible guitarist and singer Shane Fontayne  (who’s performed with Bruce Springsteen, Sting, U2, Shania Twain, Paul Simon) who accompanied Graham on electric and acoustic guitar and mandolin. He also sang harmony on many of the songs, and took over the lead vocal on “Blackbird,” proving he’s a first-rate vocalist in his own right.

In fact, Graham’s new album This Path Tonight, was produced by Shane. As you can see from the setlist, he performed some material from the new album, and those songs were terrific.

Graham has always been politically active and socially relevant. His first words on stage: “I know the world is nuts. I’ve been here in America for 50 years and I’ve never seen it so crazy. Let’s have a couple of hours of peace.”

But his peace can be activist: He addressed racial injustice, defunding of health care, the stoking of the climate of fear and other issues we face today.

The word legend is thrown around a lot these days. Being old doesn’t make someone a legend. A musical legend earns the status by somehow singing the words we need to hear, but can’t formulate; by giving us the melody we can’t forget, but can’t write; by touching our hearts as well as our minds.

A musical legend provides the soundtrack to our lives. On Sunday, Graham Nash showed how it’s done.

2. King Midas in Reverse
(The Hollies)

4. I Used to be a King
(Solo album – Songs for Beginners)

7. Myself at Last
(Solo album – This Path Tonight) 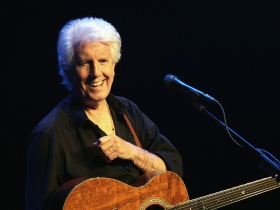 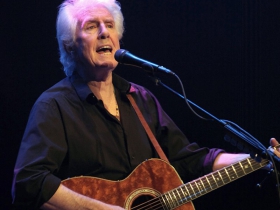 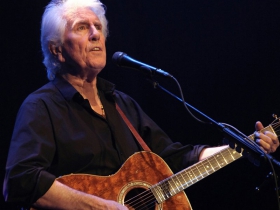 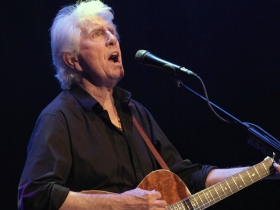 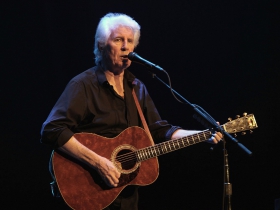 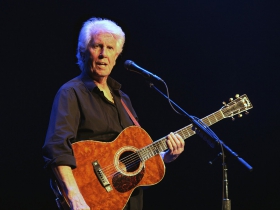 2 thoughts on “Photo Gallery: Graham Nash Lives Up to His Legend”