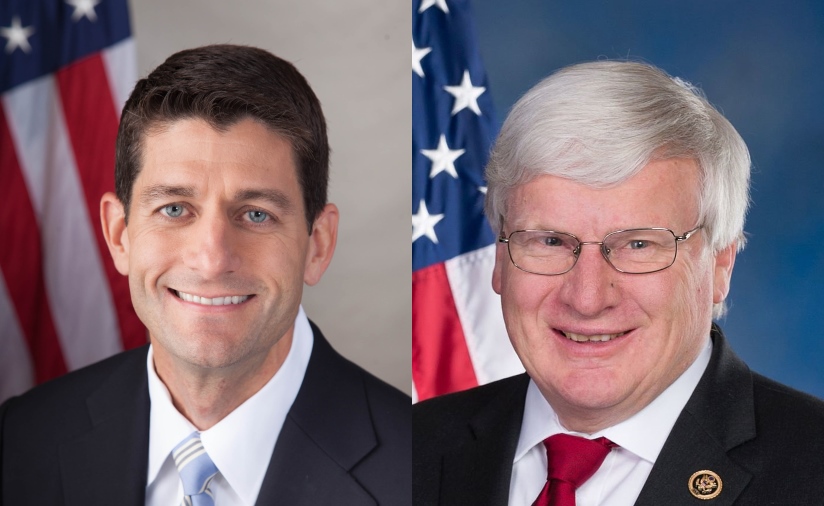 Poor Glenn Grothman. “I am very apprehensive,” the incumbent Republican congressman told WISN talk show host Jay Weber. “The fundraising is not going as well as I’d like.”

You see the poor guy’s facing a rich opponent, Democrat Dan Kohl, nephew of former Senator Herb Kohl, who has a paid staff and is “far ahead” of Grothman in running a campaign, as the incumbent lamented. Kohl also had more cash on hand by the end of September, an estimated $390,000 compared to Grothman’s $325,000.

“This is the toughest race of my political career,” Grothman went on. “When you talk nationwide about the Republicans losing the House next time, this is one of the seats that’s going to be in play.”

Actually, I haven’t seen any national list of vulnerable Republican districts that includes Grothman’s. And for good reason: Wisconsin is the most gerrymandered state in America and Republicans made sure Grothman’s seat is very safe: Donald Trump carried it by 17 percentage points in 2016, 56 percent to 39 percent.

In short, it would probably take a historic Democratic blowout in 2018 for Grothman to lose. How likely is that?

True, President Trump is unpopular and national polls since he took office show voters consistently favor Democrats over Republicans in a generic congressional race. Democrats currently have a solid 7.6 percent lead, according to Fivethirtyeight.com, and that kind of advantage historically means a gain of many seats, as an National Public Radio analysis notes.

But Democrats need a gain of 24 seats to take control of the House of Representatives. Longtime political prognosticator Larry Sabato and his Center for Politics has 26 Republican-held districts listed as “Toss-ups” or “Leans Republican” (not one in Wisconsin). “So Democrats can look at that list and say that if they can win the Toss-ups and Leaners, they will win the House,” the site notes. “That’s technically true, but… not really realistic: Even in a horrible GOP year, Democrats won’t sweep all of the top-tier races.”

In short, Democrats will need to “turn some Likely and Safe Republican seats into pickups next fall,” the site notes, and that in turn depends on fielding a lot of Democratic challengers. But the good news is that “Democrats have more than 200 filed House challengers who have raised at least a small amount of money ($5,000 or more). That’s more than the combined total of Democratic challengers at this point of the cycle in the last four cycles, and way more than either party has had in midsummer of the off year over the last decade and a half.”

All of which suggests the Democrats — at this point, anyway — have a decent chance of turning over the House.

But the only district in Wisconsin where Democrats have much hope of vanquishing a Republican incumbent is the first district seat held by Paul Ryan. It is the least gerrymandered of the five congressional seats they hold in Wisconsin: Trump won it by about 10 points, 52.6 percent to 42.3 percent.

And the Democrats have fielded two strong challengers, Randy Bryce, an army veteran and iron worker, and Cathy Myers, a teacher and Janesville School Board member. Bryce quickly took the lead with a powerful video that went viral, after getting coverage from both Esquire magazine
and Daily Kos, whose headline declared “Wow!…a must see video.”

The video ended with Bryce suggesting he swap jobs for a while with the incumbent: “Paul Ryan, you can come work the iron and I’ll go to DC.”

Bryce has become a darling of Democratic donors nationally, has raised $1.5 million “and could raise $15 million,” a Democratic consultant predicts. This is likely to become a national race, with both parties pouring in millions.

Ryan is vulnerable on the issues: he championed the Obamacare replacement bill which was very unpopular and supports a tax plan that gives almost all the cuts to the wealthy.

But Ryan has won by an average of more than 25 points since his first election in 1998. And as CNN reported, “there are currently 50 seats held by Republican House members whose districts lean more Democratic than Ryan’s home turf, according to new ratings by the non-partisan Cook Political Report… Ryan’s district’s demographics don’t do any Democrats any favors. The area is 82% white, 9% Hispanic, 5% black and 2% Asian… Only a quarter have a college degree. Democrats tend to perform better in districts with minority and college-educated populations.”

Still, it’s the best hope for Dems, because every other incumbent Republican congressional seat in Wisconsin has a much bigger margin. Rep. Jim Sensenbrenner’s 5th District seat went to Trump by 20 percentage points, and Democrat Tom Palzewicz, a small business owner and Navy veteran, has announced he will run for the seat. Rep. Sean Duffy’s 7th district also went for Trump by 20 points, and no Democratic candidate has emerged yet. Rep. Mike Gallagher‘s 8th district went for Trump by 18 points and he will be opposed by Beau Liegeois, a Brown County assistant D.A. and army veteran.

“All of the Republican seats will be contested,” the Democratic consultant predicted. “None of them will get a free ride.” The consultant expects a woman and veteran to announce her candidacy against Duffy. That would make five military veterans running against the GOP incumbents.

Odds are none will win, but you never know. The special elections so far in 2017 have shown “a swing of 9, 17, 20 and 24 net percentage points toward the Democrats,” CNN noted. A national swing of more than 10 points could suddenly make Ryan and perhaps even Grothman vulnerable.

But also important for Democrats, contested races mean a higher turnout, and that will help incumbent U.S. Senator Tammy Baldwin, who is predicted to face a close election that may come down to which party turns out more of its voters. For that matter, it will also help the Democrats in the statewide races against Gov. Scott Walker and Attorney General Brad Schimel. Considering the state Democratic Party is so “disfunctional”, as Republicans have rather accurately charged, the lineup of congressional challengers is pretty impressive.

Short Take: And if you’re wondering how Republicans could create five congressional seats with such huge GOP margins in a swing state like Wisconsin, the answer is simple: they packed all the Democrats in two districts, Gwen Moore‘s 4th district (which Hillary Clinton carried by 52 percentage points) and Mark Pocan‘s 2nd District (Clinton’s margin was 37 points).