Mazos Is a Tasty Time Warp 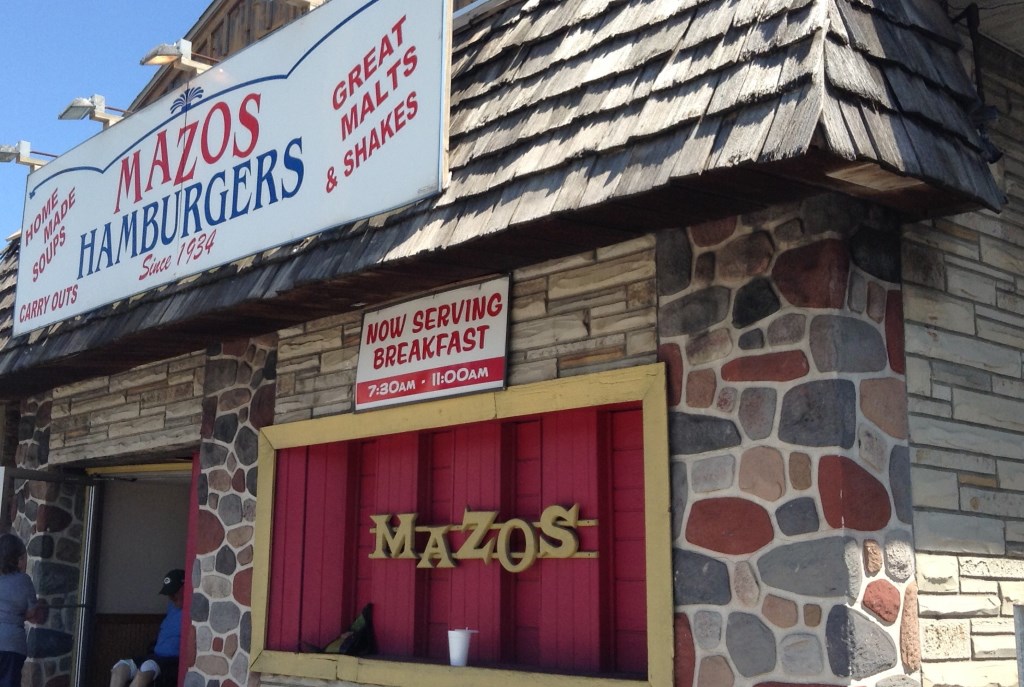 They’ve been flipping patties of ground beef at Mazos Hamburgers since 1934, back in the days when a nickel bought a burger. After three generations of Mazos manning the grill, they still serve those burgers on toasted buns with a dollop of butter, only now a basic burger will set you back $6.60 instead of five cents, but it comes with fried or raw onions, and two choices from a list of seven sides. If you polish off a half pound burger and two sides as I did, baked beans and coleslaw, you will understand why Mazos is a destination on South 27th for burger aficionados.

Maybe my burger tasted so good because it was made with meat ground daily, never frozen, putting it in the same category as the ultra-popular In and Out Burger, a franchise where a tag line “never frozen” bring hoards of burger lovers who line up at their restaurants on the west coast.

Mazos does it right, they just don’t advertise. I’ve been a fan for 25 years, ever since word of mouth brought me in the ‘90s. This time, when I came with three friends, I went for the extra calories and ordered a Patty Melt, a burger on butter-grilled rye with two slices of swiss cheese and for more belly bloat, onions fried in butter. My burger oozed delicious. To keep it simple, they serve all their burgers in baskets, leaving only a spoon and a small bowl for the dishwasher.

The Mushroom Cheeseburger, like my Patty Melt, left no doubt about the “never frozen” promise, another juicy burger smothered with fried mushrooms and a thick slice of raw red onion. We ordered our burgers medium-rare because our server said, “If you don’t say something, they will cook your burger medium-well.”

The Reuben Grill, one of three choices on the menu which did not include a burger, surprised us. For this full-on grilled Reuben sandwich with sauerkraut, swiss cheese, and thousand island dressing, the chef stacked tender corned beef as high as a Reuben at any Irish pub in the city.

We did not try the other two non-burger sandwiches, a BLT and a Grilled Cheese. Based on the high standards set by the burgers, both are worth another lunch time visit.

In addition to baked beans and coleslaw, we sampled the rest of the sides, French fries, American fries, cottage cheese, and applesauce, pretty ordinary stuff, until we got to the soup du jour, Chicken Noodle. 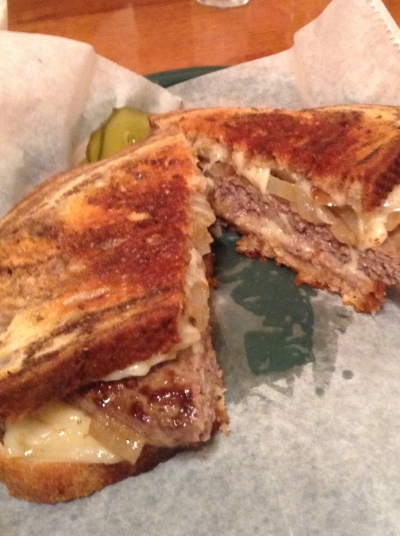 This small cup of soup, homemade as advertised on the menu, tasted of chicken broth, not bouillon, or in other words, it was just like the soup Mom made to heal whatever ailed me when I was a kid.

Malts, another specialty at Mazos, ideally partnered with a burger, featured real ice cream served in frosted malt cans. These too-thick-for-a-straw ice cream drinks tamed and balanced the grease in our salty burgers. We slurped every drop of two malts, chocolate and raspberry.

But Mazos is more than burgers, as I learned when a companion and I came for breakfast. Every bite surpassed our expectations: the French Toast had been soaked, not briefly dipped, in an egg mixture; the bacon, all four thick slices, were crisp, not soggy or fatty; the once-over-easy eggs flipped by a pro; the sausage, big as a frisbee, hinted of sage. We asked our server about the sausage. “It’s homemade,” she said. “Don’t bother to ask. The owner is not giving out the recipe.”

I know why I keep coming back to Mazos; the food is the real deal, no frou frou at this little restaurant hiding in plain sight on the S. 27th St. strip across from Southgate.

At breakfast, we noticed four older women, dressed in their Sunday best on Saturday, seated in the booth behind us. We heard one of them say, “I haven’t been here for years. The food is as good as ever.”

To that, I will add my own explanation point. 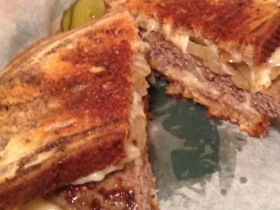 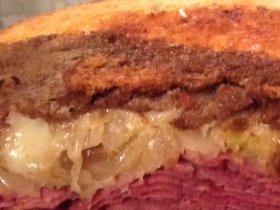 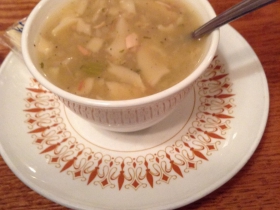 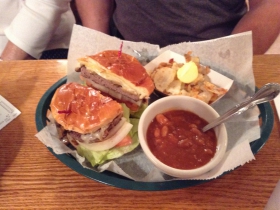 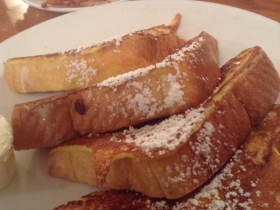 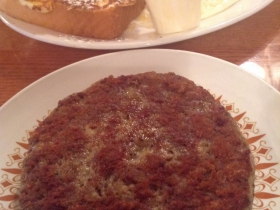 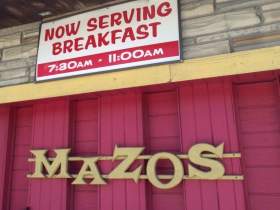 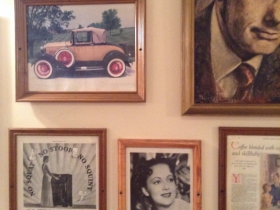 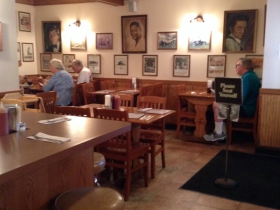 3 thoughts on “Dining: Mazos Is a Tasty Time Warp”