Kevin Eubanks heads up the list of stars. Festivities include tribute to Les Paul. 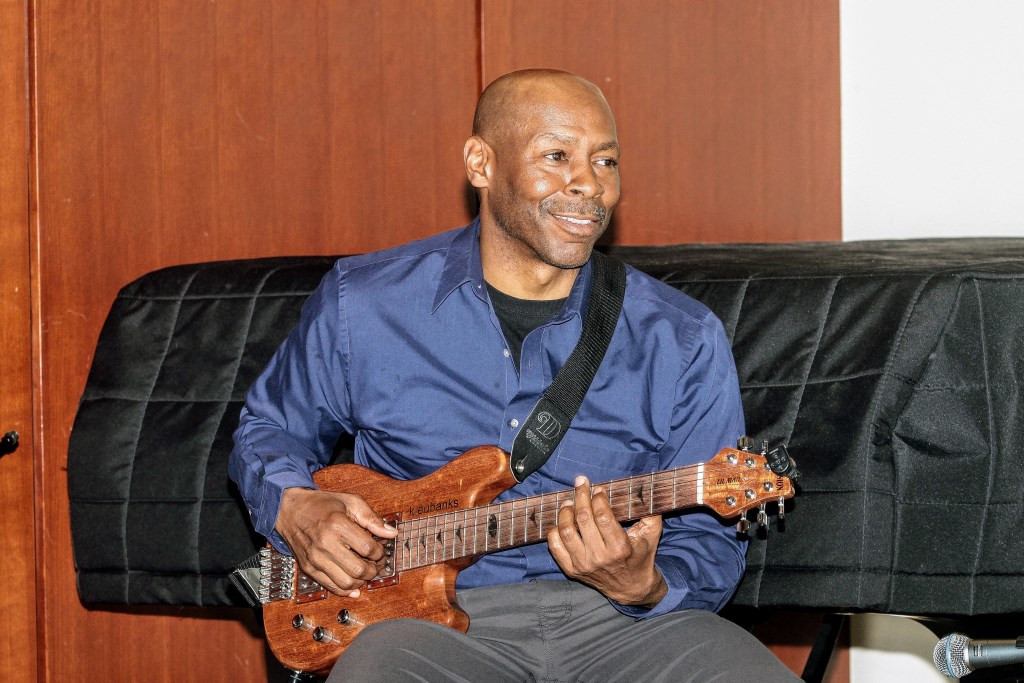 If you want to learn how the pros play the guitar and all the inside tricks of the trade, you could hardly do better than to learn from Kevin Eubanks, the highly regarded guitarist and former bandleader for Jay Leno and the Tonight Show. Eubanks held forth at a Jazz Master Class at the Sharon Lynne Wilson Center for the Arts in Brookfield on Saturday, as part of its fifth annual Guitar Festival. Eubanks played guitar with his long-time jazz combo, including Bill Pierce on sax, Rene “Boom Boom” Camacho on bass, and Marvin “Smitty” Smith on drums.

Another master class on finger-style playing featured Antoine Dufour and Mike Dawes, who played and answered questions from the audience.

Another clinic focused on local hero Les Paul, the late great musician often called the Wizard of Waukesha. Paul was born, raised, and buried in Waukesha – the next community over from where the Wilson Center is located. Although Les Paul is probably best known as the name of Gibson’s best-selling electric guitar of all-time, this presentation explored Les’s life and accomplishments from a guitarist perspective. Brad Smith was the presenter and he included special guest Sue Baker, Program Director for the Les Paul Foundation. Smith is an executive at Hal Leonard – the world’s largest music print publisher based in Milwaukee.

In all, 76 semi-finalists from 63 cities around the world traveled to the Wilson Center to compete for their share of $32,000 in prize money. This is the only such festival in the world which includes all four genres of guitar music — Rock & Blues, Jazz, Fingerstyle, and Classical — and it all took place on August 17-19, Thursday through Saturday. Our photos capture the event, contestants and star guests. 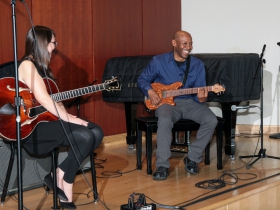 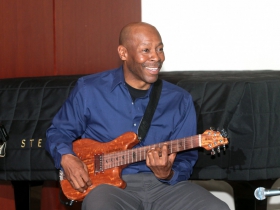 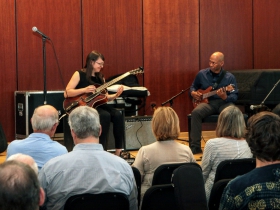 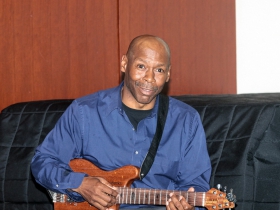 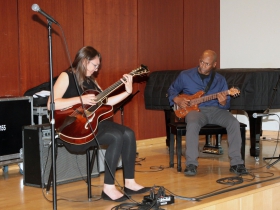 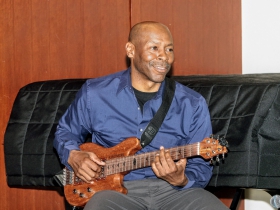