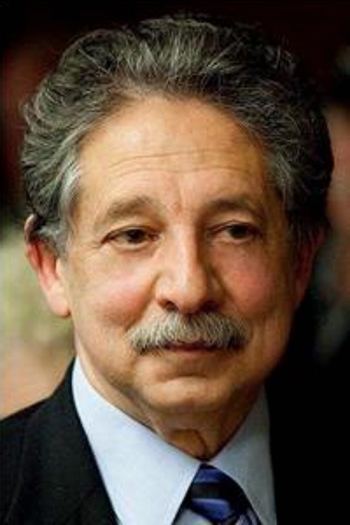 Paul Soglin. Photo from the City of Madison.

That thought comes to mind on reading in the Journal Sentinel that Mayor Paul Soglin has ordered the removal of a memorial to confederate soldiers at a city-owned cemetery.

As the Mayor boldly stated, “There should be no place in our country for bigotry, hatred, or violence against those who seek to unite our communities and our country.” And, in case anyone would be foolish to think otherwise, he added, “There is no disrespect to the dead with the removal of the plaque and stone.”

Moving right along, when will East and West Washington Avenue be renamed? And then there’s Thomas Jefferson Middle School on the city’s west side.

As historian Stephen Ambrose has written, “Jefferson owned slaves. He did not believe that all were created equal. He was a racist, incapable of rising above the thought of his time and place, and willing to profit from slave labor.” Washington, too, was a slaveholder (he eventually freed them).

More broadly, the nation’s founding fathers simply looked the other way when it came to incorporating women’s rights into the original Constitution. How can there be any “place in our country” where they are honored?

Soglin’s posturing, of course, is nothing but a self-absorbed grasp for attention. It’s the kind of virtue-signaling that increasingly has public figures groveling to demonstrate their sanctity. For the likes of Soglin, the Charlottesville story won’t be fully told until they declare, “Look. Over here. At me.”

Below is the wording of the hateful, bigoted, racist memorial that Soglin has ordered removed. And not a minute too soon.

The valiant Confederate soldiers who lie buried here were members of the 1st Alabama Inf. Reg., Confederate States of America. They were captured in the spring of 1862 in the Civil War Battle of Island No. 10 in the Mississippi River south of Cairo, Illinois. Their task was to stop traffic carrying men and supplies to Northern forces further south.

After weeks of fighting under extremely difficult conditions, they were forced to surrender. Constant fire from river gunboats and land forces made their position untenable. After surrender, they were moved to Camp Randall and when they arrived many were suffering from wounds, malnutrition and various diseases.

Within a few weeks 140 graves were filled, the last resting places for these unsung heroes, far from their homes in Alabama, Tennessee, Mississippi, Louisiana and Arkansas.

Here, also, is the grave of Alice Whiting Waterman, a gracious Southern lady who devoted more than 30 years of her life caring for the graves of “her boys.”

35 thoughts on “The Contrarian: Paul Soglin Strikes a Pose”