Everything is fresh and authentic at this barebones Mexican restaurant. 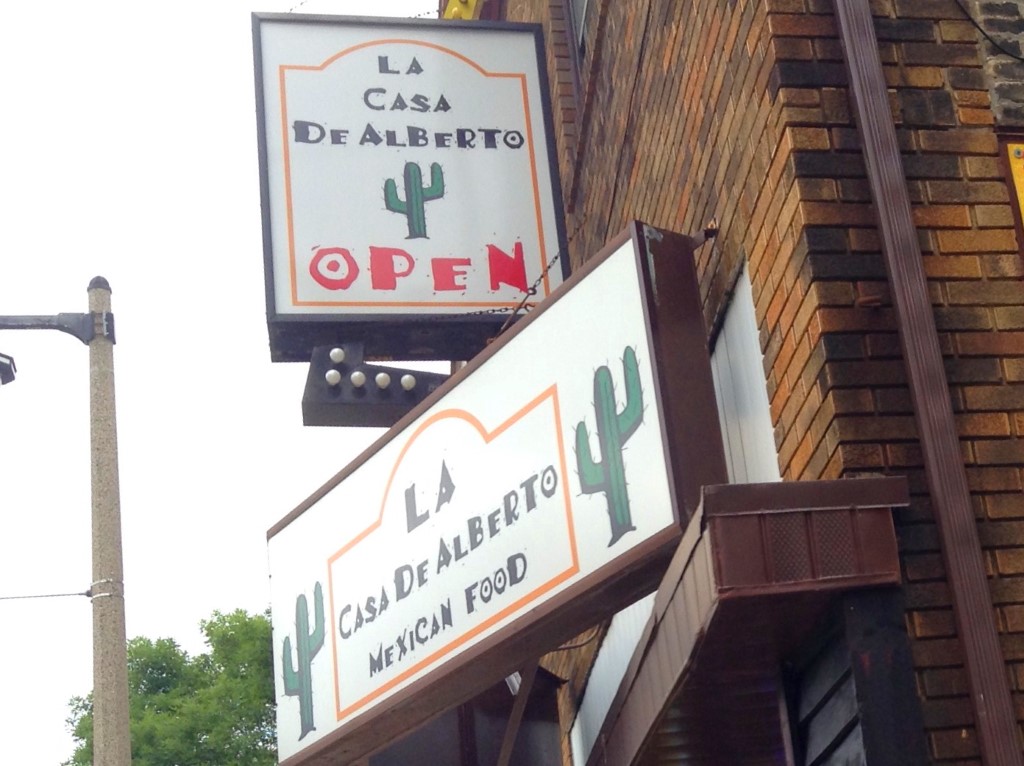 We all have our favorite Mexican restaurants, and if we care, strong opinions regarding what’s authentic or not. I’ve hung out many times in Mexico City and eaten at neighborhood dives in the city, which makes me one of those people with strong opinions about what’s good Mexican cuisine. 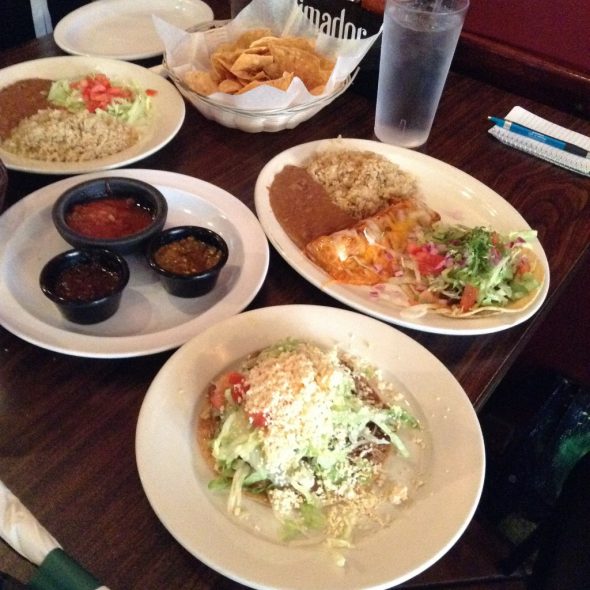 That’s what I found at La Casa de Alberto, a cozy barebones restaurant in Walker’s Point similar to many I discovered on side streets in Mexico City. These places aren’t garnished with funky Mexican doodads to impress gringos, they just serve plain good food.

I went to Casa Alberto twice to be sure that the first meal I had in this small, unimposing restaurant could be duplicated. Other than the meals I’ve had at Conejito’s, I didn’t know it was possible to buy such a quantity of delicious Mexican food for so little cash. Here’s what I order from the a la carte menu: one taco with pastor (pork) $1.50; one tostada with pulled pork $2.50; one enchilada with chicken $1.50.

The “pastor” in the taco has been grilled, but unlike a typical pastor, I get chunks, not slices. The pork is more like carnitas than pastor, slightly crisp pieces I savor along with the tomato, onion, cilantro and lettuce.

Each time the friends with me taste those veggie condiments, we say the same thing: “Everything is so fresh.” I don’t need to repeat myself as that’s a blanket statement about the food at Alberto’s, from the tacos, to the mole, to the flan. The tostada, a meal on a crisp flour tortilla, is heaped with those same condiments which then smother a layer of refried beans and a generous portion of pulled pork. Likewise, the enchilada, covered with a layer of melted cheese, is filled with tender chicken, all white meat.

I didn’t expect rice and beans as I ordered from the a la carte menu, so I’m surprised when I see them on the plate. It’s hard to describe the exceptional flavor of these rice and beans, but damn, they are some of the best I’ve had in any restaurant. Often I leave them behind; not this time.

My companions split an order of Fajitas. They also split the meats, half chicken, half steak. The fajitas come to the table with a flourish, still cooking in cast iron, the classic combo of meat, plus grilled onions, peppers, and tomatoes. The server adds a second plate with rice, beans, and the veggie condiments. My companions eat until they can’t stuff in another bite, then take enough home for another meal.

When I return with two friends a few days later, I can’t steer them to anything but tacos and enchiladas. This time my friend orders Alberto’s Tacos, $6.00. Four double corn tortillas overflow with lettuce, onion, tomatoes and an extra generous serving of tender chicken. Three Enchiladas, $7.00, are just as impressive as my former single, coated with two kinds of melted cheese. More rice and beans on the plate again, enough for a second meal later.

Chicken drenched with dark mole is listed on the menu as simply Mole. I order the dark meat mole ($6.50), then switch to white ($7.50) when our server tells me the dark meat has bones. She adds, “It also has more flavor.” I agree, but don’t do bones in restaurants, too messy. The mole reminds me of Mole Negro, the Oaxacan black mole with its earthy flavor and buried in it, a faint hint of chocolate.

I finish with Flan, $4.50, the lone dessert since they took Mexican Ice Cream off the menu. I don’t understand why they add a drizzle of chocolate sauce to this rich creamy flan. Whipped cream is fine, but chocolate? I scrape it off this otherwise perfect flan.

In addition to good food at Casa Alberto’s, they have excellent service. For example, as soon as we sit down, someone brings a basket of chips and three different salsas to our table. When the hot one, our favorite, made of jalapeno and tomatillas gets low, our server appears to ask if we would like more. She is attentive, friendly, but not too friendly, and competent.

Considering the impressive collection of tequila bottles behind the bar, I assume they make a killer margarita. They offer fruity flavored drinks $6.00, but I’m thinking the Top Shelf $8.00, is worth an extra $2.00, and if it’s Don Julio, I’m in. 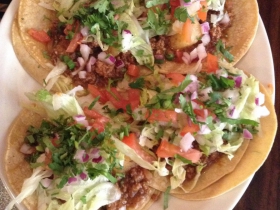 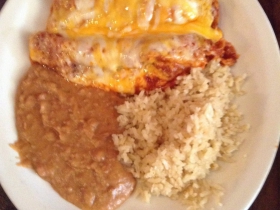 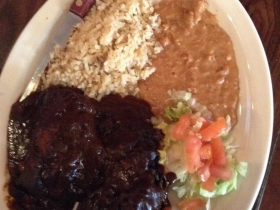 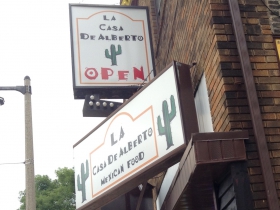 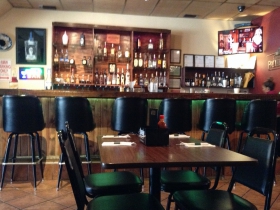 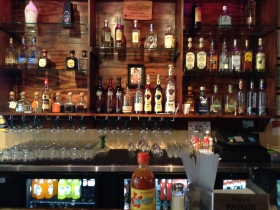