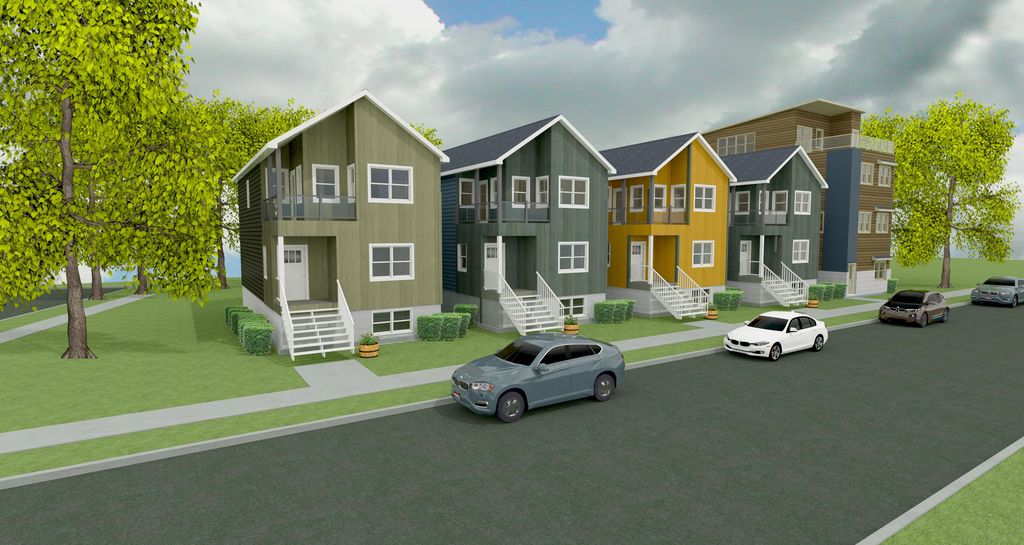 Early rendering for 2123 S. Lenox St.; the design has since undergone some changes.

Developer Ryan Konicek is planning to build five single-family homes in the northeast corner of Bay View, but only after area alderman Tony Zielinski effectively killed a plan for a 45-unit apartment building on the site. The roughly triangle-shaped lot is bounded by S. Aldrich St. to the west, E. Bay St. to the north, S. Lenox St. to the east and an alley to the south.

Konicek told the City Plan Commission that he originally intended to build 20 to 40 apartments on the site, but “Ald. Zielinski quickly let me know that the development wouldn’t fly in that area.” Speaking in support of Konicek’s proposal Zielinski later noted “Ryan is 110% right, originally he wanted a 45-unit apartment building, but this is a residential area.” Zielinski noted that he supports high density development along S. Kinnickinnic Ave., but not in this case on a major road like Bay St.

As an alderman, Zielinski, doesn’t necessarily have final say over what happens in his district. However, the Milwaukee Common Council traditionally upholds an informal system of “aldermanic privilege” whereby other council members support the decision of the area council member. Konicek could have applied for a zoning change for apartments, but it wasn’t likely to get approved especially given that nearby residents would have also likely opposed it.

Konicek isn’t complaining though. He told the commission “I went back to the drawing board and was committed to getting something that would work for myself; that’s how we ended up with five houses.” The plan, which includes three stand-alone homes and two side-by-side townhouse (somewhat different than an earlier rendering that hasn’t been amended) all front S. Aldrich St., and are drawing interest already. Said Konicek: “The exciting part about this is that we already have three people that are interested in buying these, myself and three others.”

A listing on Zillow, which Konicek notes includes out-of-date project designs, has one of the homes available for $329,000.

Both Zielinski and Konicek noted that this new plan has drawn support from area residents. According to the developer a neighborhood meeting found 13 of 14 residents in attendance supporting the project. Zielinski said there was “overwhelming support.”

Still, two property owners in the area submitted an objection to the height of the proposed buildings and the density of the site. The developer, who has extensive experience in the area flipping homes, explained that he used the city’s Map Milwaukee tool to calculate the density of area sites. He noted that “the very resident who said my lot was too thin, my lots are actually two to three feet wider than theirs.” He also noted that after working with city staff he has dropped plans for a fourth floor on one of the structures.

A change in zoning for Konicek’s proposal was unanimously recommended for approval by the City Plan Commission on Monday. The 36,355 square-foot site, which is currently zoned for industrial uses, would be rezoned to the city’s RT4 designation intended for two-family residential sites.

Under the proposal, a warehouse on the eastern portion of the site would stay, with Konicek relocating his construction and development company, Ryan Scott Development, into the space and possibly expanding the building to the east.

In response to a question from the commission, Konicek noted that he is developing the homes as condominiums so that they can share ownership of the grass lawn at the north end of the site and jointly pay for snow removal. The grass area, along with much of the land bordering E. Bay St. to the west, is not suitable for development because of a water main under the site according to Konicek.

Ryan Scott Development will acquire the property from Bridgestone Capital as part of the deal. Bridgestone, where Konicek serves as an operating partner, acquired the property and the adjacent parking lot at 2131 S. Lenox St. in April 2017 from Wrought Washer Manufacturing Inc. Ryan Scott Development will be overhauling the parking lot into a 98-stall lot with substantial landscaping. Konicek notes it will be a “big improvement for the corner and the area in general.”

The site is just a few blocks east of a site at 2130 S. Kinnickinnic Ave. that New Land Enterprises is seeking to redevelop into a six-floor, 144-unit apartment complex.

The project will next go to the Common Council’s Zoning, Neighborhoods & Development Committee. Konicek will also have to seek the Board of Zoning Appeals‘ approval to construct multiple residences on a single lot. Konicek and project architect Robert Yuhas are working with the city on building designs that are likely to be approved. 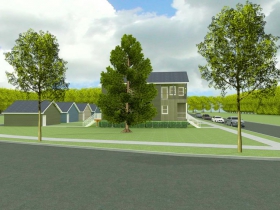 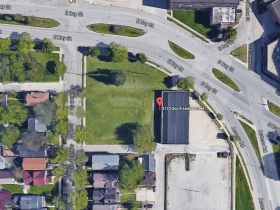 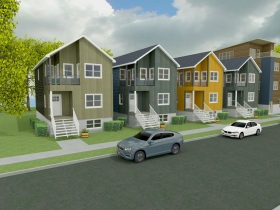 17 thoughts on “Eyes on Milwaukee: Row of Condos Planned for Bay View”